Husband ‘kissed my forehead and slit my throat,’ woman says of near fatal attack

A former Kentwood Public Schools teacher was sentenced for a knife attack on his wife, which played out after she learned he was having sex with what turned out to be a middle school student. 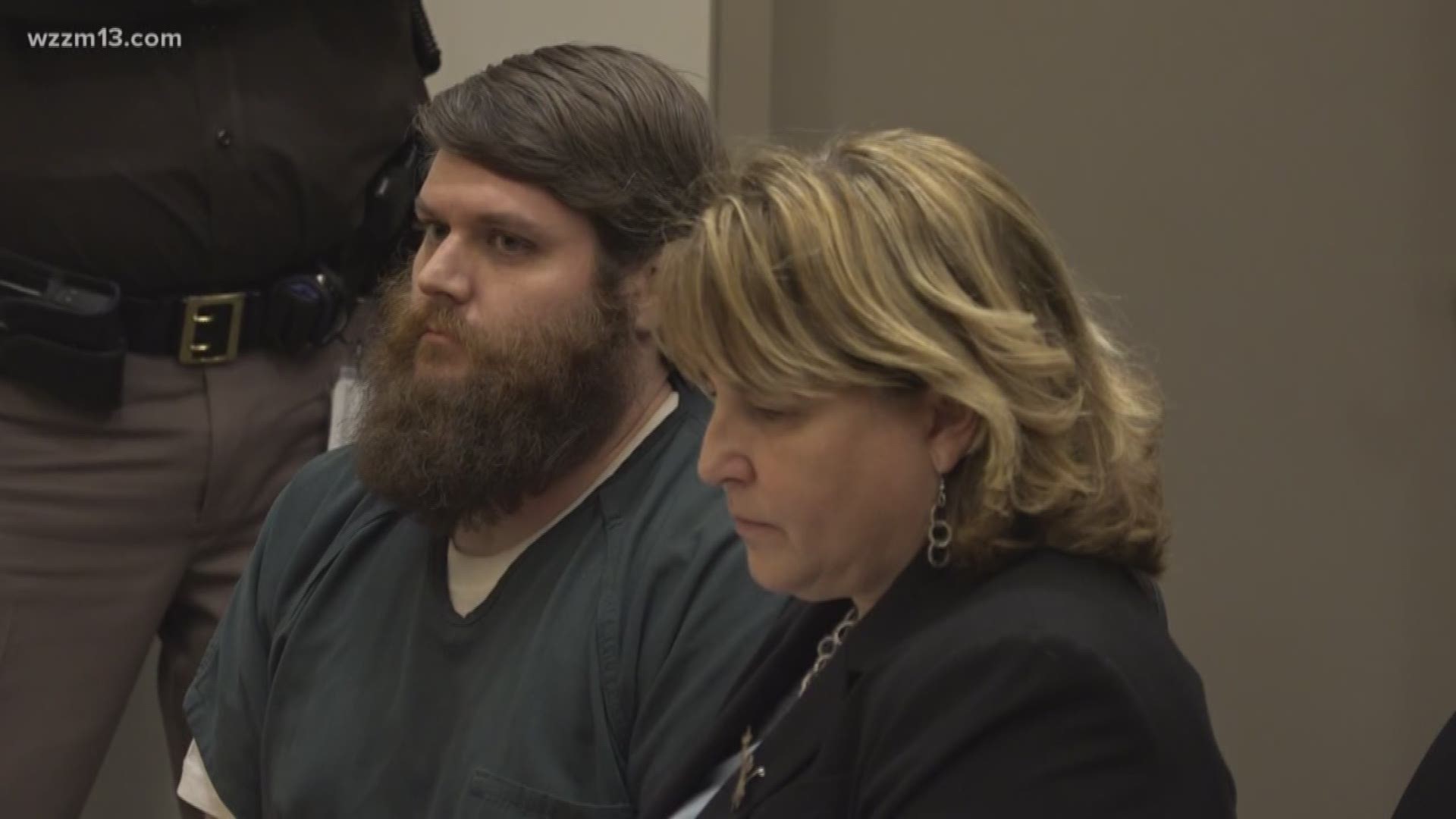 A former Kentwood Public Schools teacher was sentenced Tuesday to between 30 and 60 years in prison for a knife attack on his wife, which played out after she learned he was having sex with what turned out to be a middle school student.

“Standing behind me, he kissed my forehead and slit my throat from one side to the other,’’ the now former wife of James Chelekis said in court on Tuesday, Jan. 23. "The trauma I was forced to endure was horrendous.''

“It’s pretty clear to me that you did want her to die,’’ the judge said. “You expected her to die, you were wondering why it was taking so long to die.’’

Chelekis in early January pleaded no contest to attempted murder for the knife attack. He also pleaded guilty to two counts of criminal sexual conduct involving the 14-year-old student.

Chelekis, 32, sporting a full beard and at times crying, apologized.

“I am truly sorry for how I failed and hurt people that I care about,’’ he told the court. “I will never stop trying to say I’m sorry and apologize.’’

The late June attack came after Chelekis and his wife discussed the affair; she did not know at the time it involved a student.

After her throat was cut, Amanda Chelekis said she pleaded with her husband to call 911. At one point, he was on the phone with the middle school student, who urged Chelekis to summon help. Nearly an hour elapsed before the 911 call was placed.

“He asked why I hadn’t bled out yet. I was constantly praying to find a way to live,’’ Amanda Chelekis told the court. “I told him I was going to die very soon if he didn’t do something and he would regret it the rest of his life.’’

The victim of the sexual assault and her family did not attend Tuesday’s sentencing. Kent County Assistant Prosecutor Monica M. Janiskee read a statement from the girl’s mother.

In the letter, the girl was described as a vibrant young lady who excelled in academics and was active in extracurricular activities. That changed in the eighth grade.

“She went from having lots of friends to no friends,’’ Janiskee read. “Somehow James managed to manipulate her to where he was the only one she trusted, which resulted in total isolation from activities and friends and an inappropriate relationship with him.’’

The mother said Chelekis ‘brainwashed’ her daughter and traumatized the entire family.

“He robbed our daughter of her innocence and childhood,’’ Janiskee read from the letter. “And that is something that she can never get back.’’

Even after his arrest, Chelekis wrote letters to the girl from the Kent County Jail. “He tried to keep her in his web by telling her that he was on suicide watch the first week he was in jail because he was mentally unstable,’’ Janiskee read.

Defense attorney Shawn Perry told the court that Chelekis had mental health issues that preceded what she called his “horrific activity.’’

“Those demons circled in his head like a tornado,’’ Perry said. “Unfortunately, our society has stigmatized mental health so that a big, strong, smart person should have no troubles in this world and they should not go ask for help because that’s a sign of weakness.’’

Sullivan said the fact that Chelekis was having an affair with a middle school student over a prolonged period of time indicates the criminal conduct was not “out of the blue.’’

"I don't buy this mental health stuff,'' Sullivan said. “That’s not snapping because of some kind of an emotional event that happens. And then what happens when you are confronted with this affair by your spouse? You end up slicing her throat.’’

He sentenced Chelekis to between 15 and 40 years for the sexual assaults and 30 to 60 years for assault with intent to murder. The sentences will be served at the same time.

Sentencing guidelines called for a minimum term of about 19 years in prison.

“If there’s ever a case for exceeding guidelines, I think this is it,’’ Sullivan said. “It just plain doesn’t do it.’’

Wyoming police were called to the Chelekis home on Oakvale Drive SW shortly before 6 a.m. on June 27. Amanda Chelekis was treated for knife wounds to her throat and cuts to her hands when she tried to fend off the attack. She filed for divorce after the attack; it was finalized two weeks ago. They had two daughters together.

Chelekis was a math teacher and had worked in the Kentwood district for about six years.