'I can finally exhale,' man's quest to feel comfortable in his own body nearly complete

On March 6, Spectrum Health's Dr. Paul Wright performed his fifteenth transgender top surgery, and Beau VanSolkema's life has not been the same since. 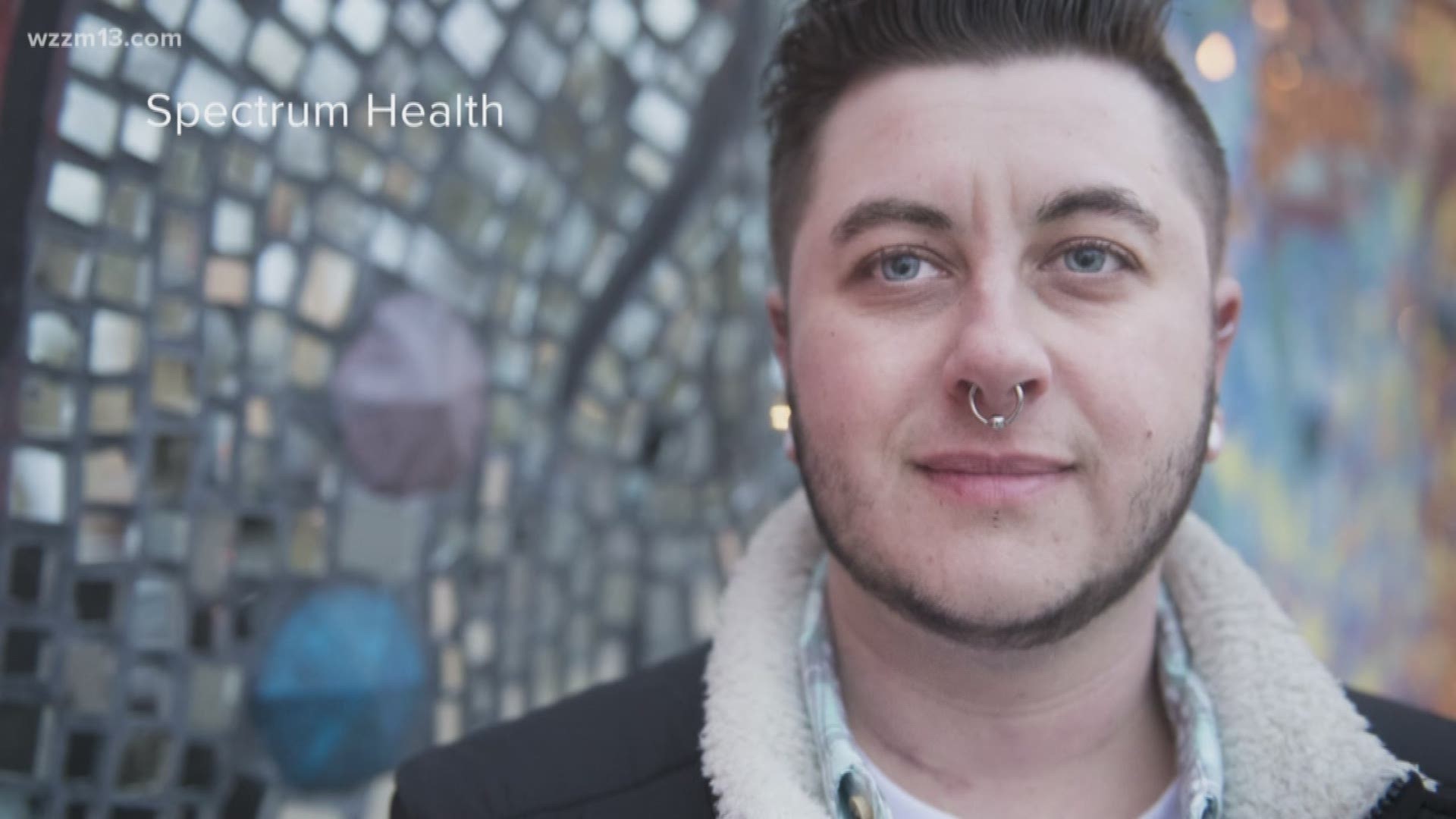 VanSolkema was assigned female at birth.

"I definitely knew by age 7 that I was different," VanSolkema explained.

For years, he continued to present as a teenage girl while trying to suppress his dreams of someday becoming a husband or a father.

VanSolkema suffered from depression, self-mutilation and various health issues all throughout his teen years.

Finally at 19, he came out as a lesbian to his family and friends, but he was still very much unaware of what it meant to be transgender.

"I just had no knowledge - no idea. I just knew I was different," VanSolkema said.

He lost his long-term partner in a car crash, and his life started to flip upside down. At 25, he attempted suicide.

"As soon as I woke up from that experience, I immediately asked for help."

He has been in therapy ever since that day. VanSolkema enrolled in classes at Grand Rapids Community College and got involved with the LGBT community on campus. It was there that VanSolkema established his voice as an LGBT identifier—while advocating for others. He also began to learn more about the transgender spectrum.

"And it didn't take me long to learn that that matched who I was on the inside."

His decision to begin receiving hormone treatment therapy (HRT) came shortly after a conversation with his mother who was battling uterine cancer. VanSolkema said his mother's love empowered him to commit to transitioning.

But it was a coincidental chain of events that ultimately landed him in the operating room.

VanSolkema was at a Spectrum Hospital as moral support for a friend receiving a CAT scan. When he took the elevator to the oncologist floor, he had planned on asking the receptionist about a surgeon who was providing care for transgender patients. He wanted to add the doctor to his master list of providers, a list he keeps specifically to assist others in the transgender community.

But VanSlokema soon learned Spectrum Health and Healthy Pride had been hoping to follow a patient through their transgender top surgery, to help spread awareness.

"I literally raised my hand and said I would let you do that, and in that moment I decided that Dr. Wright would be my surgeon," VanSlokema said.

On March 6, Spectrum Health's Dr. Paul Wright performed his fifteenth transgender top surgery, and Beau VanSolkema's life has not been the same since. He said he has received hundreds of inquiries for advice since the story first ran on Spectrum's Health Beat.

Dr. Wright told 13 On Your Side his job is to treat cancer patients, but he chose to begin also providing this surgery after learning about the need for it.

Now at 34, VanSlokema said he finally feels that the outside of his body matches what has always existed on the inside.

To meet VanSlokema and learn more about Healthy Pride, check out this event: GR Pride event for Trans Visibility Day 2018