Trial got underway Tuesday for Lovily Johnson, the 23-year-old Wyoming woman accused of felony murder in the July, 2017 neglect death of her infant son. 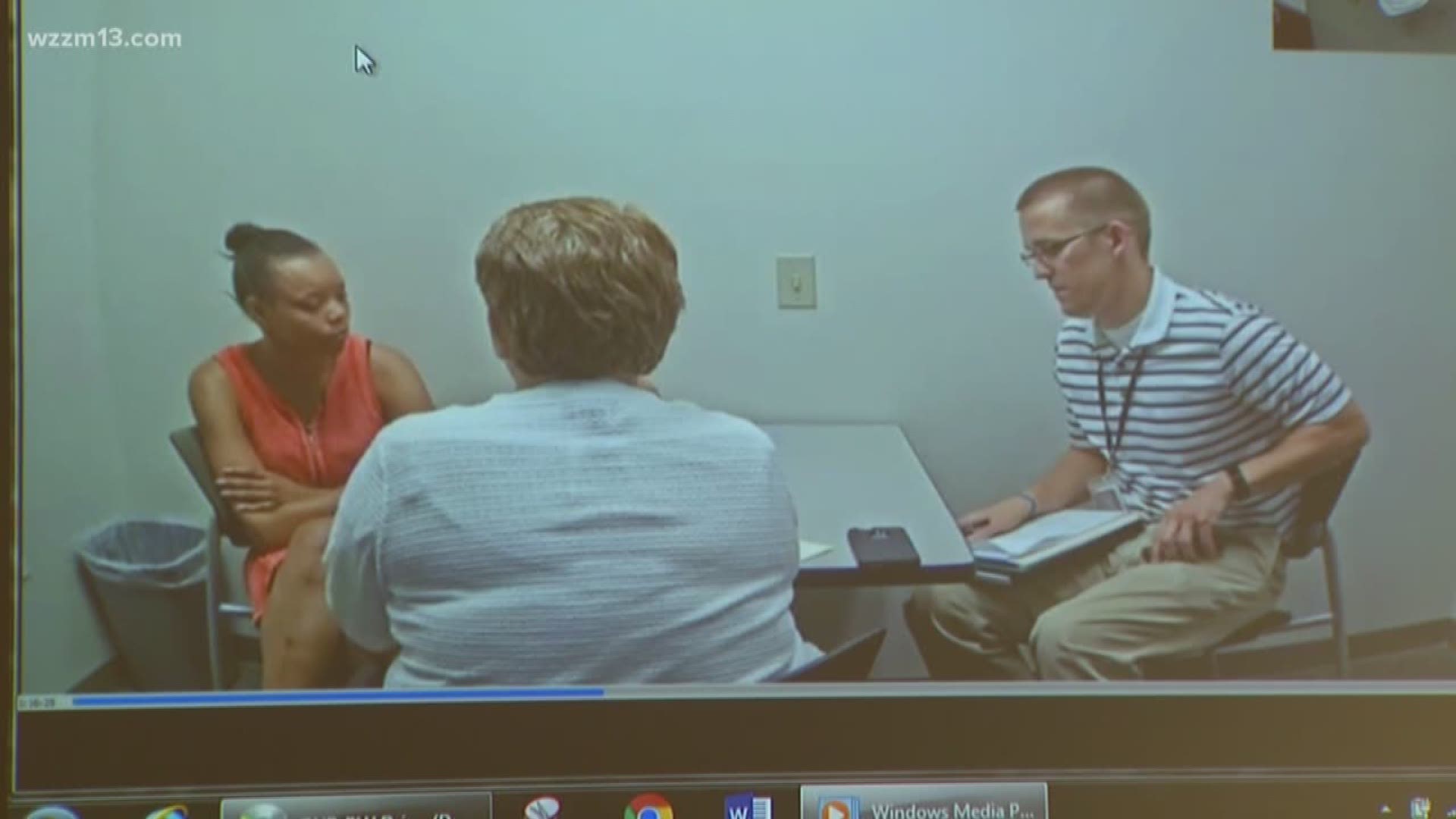 GRAND RAPIDS, Mich. – Trial got underway Tuesday for a Wyoming woman in the death of her infant son, who died last July after being strapped in a car seat for 32 hours while his mother disappeared and smoked marijuana with friends, according to the prosecutor.

Johnson put her son, Noah, to bed in a car seat the night of Monday, July 17, 2017 and left the next morning without checking on him, Becker told jurors.

“She ate and drank and she found a place with air conditioning because it was a hot summer day,’’ Becker said. “Meanwhile, her six-month-old son is in an attic bedroom in an unconditioned place, still in the same car seat.’’

On the afternoon of Wednesday, July 19, Johnson checked on Noah, but the boy was already dead, Becker said. She had a friend drive her and the boy to the hospital.

“We’re not exactly sure when he died, but he had been dead for a long time,’’ Becker said. “He was essentially decomposing in his car seat.’’

The prosecution called seven witnesses Tuesday, including an emergency room doctor who saw the boy after he arrived at Helen DeVos Children’s Hospital in Grand Rapids.

Dr. Barbara Wynn said it was apparent the child was dead. “He was not breathing, he had no pulse,’’ Wynn testified. “There was a very foul smell to him.’’

“It meant he could not be resuscitated,'' Wynn told jurors. “He was dead; had been dead for a while.’’

Defense attorney Jonathan Schildgen called Noah’s death a tragedy but said Lovily Johnson was not responsible. He suggested the child could have died from a medical condition and Johnson “ignored it later, after it had already passed away, because she knew something was wrong.’’

“The baby could have passed away Monday night while Lovily was asleep and while the baby was asleep,’’ Schildgen said in opening statements. “Other things could have caused the death that can’t be ruled out.’’

Johnson, 23, was charged last summer with felony murder in the boy’s death at a home on McKee Avenue near 26th Street SW.

The underlying felony in this case is first-degree child abuse. Felony murder is punishable by mandatory life in prison without possibility of parole.

Two forensic evaluations determined Johnson is competent to understand the charges against her and can assist in her own defense.

The Kent County Prosecutor’s Office last week offered Johnson a deal that would have allowed her to plead guilty to second-degree murder, a potential life offense, and second-degree child abuse, a 10-year felony.

The plea agreement called for a minimum prison sentence of between 15 and 25 years. Johnson rejected the deal, telling Kent County Circuit Court Judge Mark Trusock she wanted to go to trial.

The jury trial in Trusock’s 11th floor courtroom resumes on Wednesday. The case could go to the jury Wednesday afternoon.