"They fail to come into compliance with state law, fail to comply with the court's ruling, and they're actually making the roads in Saranac less safe." 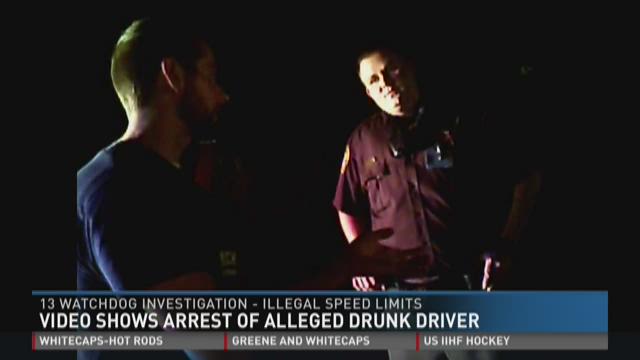 A District Court judge in Ionia County has exonerated an alleged gun-carrying drunk driver because the speed limit was not legally set on a road in Saranac.

After the court decision, the 13 Watchdog team found leaders in the village decided to reestablish the village's lower speed limits despite questions whether those limits can be enforced.

For nearly a year, the WZZM 13 investigative team has studied the speed limit issue and found officers in the Michigan State Police believe many speed limits on local roads across West Michigan are not legal and are unenforceable.

In February, we made a presentation to city commissioners in Grand Rapids highlighting our concerns that drunk drivers and other potential criminals could be exonerated because speed limits not posted correctly by state law.

That's what happened in Saranac.

Dash cam and body cam video we obtained show two deputies in a car speeding after Owen, who was clocked driving his truck 43 mph in a 25 mph zone.

The video indicates the deputies found alcohol in the vehicle, as well. The video shows deputies asking him again if he had been drinking while driving and he told them he hadn't.

During the 20-minute confrontation, officers did several sobriety tests on Owen. They determined he should be arrested under suspicion of drinking and driving.

Six months later, we watched Owen walk into court expecting to have all the charges dropped without ever discussing whether he was drunk or not. In this hearing, the speed limit was changed from 25 mph to 55 mph.

Weeks after that hearing, Owen in another hearing found out all of the charges against him were dropped because the traffic stop was deemed to be invalid because of an illegal speed limit.

Ionia County District Court Judge Raymond Voet declared the speed limit on Parsonage Road to be 55 mph, not 25 mph, because the 55 mph speed limit is the default speed limit used in Michigan if no other speed limit has been established. Because Owen was going 43 mph in a 55 mph zone, there was no reason for the deputies to stop him.

In his ruling, Judge Voet said the village of Saranac didn't have any records on how they posted the speed limit in the past and the judge agreed that the village needed to do work to ensure its speed limits met the guidelines of state law.

"There's no record of what the old laws were and how they got there [to the speed limit]," Judge Voet said. "That in it of itself is a huge problem, which I think undermines the Prosecutor's persuasiveness in that regard."

In 2006, lawmakers passed Public Act 85, forcing cities, townships and villages to do speed studies or access-point counts to justify their speed limits. Michigan State Police Lt. Gary Megge testified in the Owen case, against the prosecuting attorney, saying he believes speed limits can only be enforced in this state if the locals have documented the establishment of speed limits based on science and not some arbitrary number.

"Like a dollar bill has to have something backing it, the speed limit sign (does, as well)," Lt. Megge said. "The village can't just put up signs and say, 'That's it.'"

Judge Voet agreed with Lt. Megge, potentially throwing all of the village's speed limits into question.

"This case clearly shows what can happen if a local government doesn't comply with the state law to set the speed limits," Owen's defense attorney Ed Sternisha said.

"Because the (village) knows about it and refuses to comply with it, they risk those people getting away with it," Sternisha said.

MSP Lt. Megge said in court his studies on Parsonage Road where Owen was stopped show it to be a 45 mph zone, not 25 mph.

So, we wanted to know from Saranac's leaders what they were going to do after the court decisions. It turned out that last month they reestablished the 25 mph speed limits on Parsonage Road and on most roads in the village.

"They fail to come into compliance with state law, fail to comply with the court's ruling, and they're actually making the roads in Saranac less safe," Sternisha said.

Leaders in Saranac wouldn't comment on camera. Instead, we got a statement from Saranac village president Sharon Darby, distancing the village from the Owen case.

"The village of Saranac was not a party to the case involving Anthony Owen, which arose out of an incident on a village street," Darby wrote.

Later in the statement, Darby did seem engaged to take on any future case involving Saranac's speed limits.

"The village will take all steps necessary to enforce its speed limits," Darby wrote.

We questioned the statements made by the village's president and got another response.

The village's attorney James Doezema sent us the following e-mail:

"I have reviewed the statement given to you by the Village of Saranac and your response. Essentially, your response is, either talk to me, or I will publish/broadcast a story which the Village of Saranac believes is false. Be forewarned, (1) your publication of a false story may be libel/slander as set forth by MCL 600.2911; (2) your threat to publish a story which the Village believes is false, unless ‘you talk to me,’ may constitute extortion under MCL 750.213; and (3) if a person relies upon your report that the speed limits are not valid and is subsequently convicted of speeding or a crime flowing from such a citation, such person could potentially assert a claim against you or WZZM if it turns out such person fails to prove that the speed limits were invalid as you assert. Proceed at your own risk and use your best judgment as you see fit."

The 13 Watchdog team never got clarification on our questions or an interview from an elected leader.

"What will happen is if they post it properly, they'll get just as many tickets and catch the real bad guy instead of the average guy just trying to get to work," Sen. Jones said.

Owen still hasn't gotten his gun back despite all of the charges being dismissed. Judge Voet is holding it, expecting the prosecutor to appeal the case. As the case goes up, any decision made could set a history-making precedent.

Ionia County Prosecutor Kyle Butler told the 13 Watchdog team he is planning to appeal Judge Voet's decision on the basis that the deputies had reason to believe Owen was speeding and, even though the speed limit was incorrect, the deputies had reasonable suspicion to do the traffic stop. Prosecutor Butler does not expect to appeal based on the ruling the speed limit was 55 mph.

The Ionia County Sheriff's Department does the patrolling, under contract, for the village of Saranac. Ionia County Sheriff Dale Miller told us, in light of information we provided to him, he will be studying the issue to determine whether his department will continue to enforce the speed limits in Saranac. 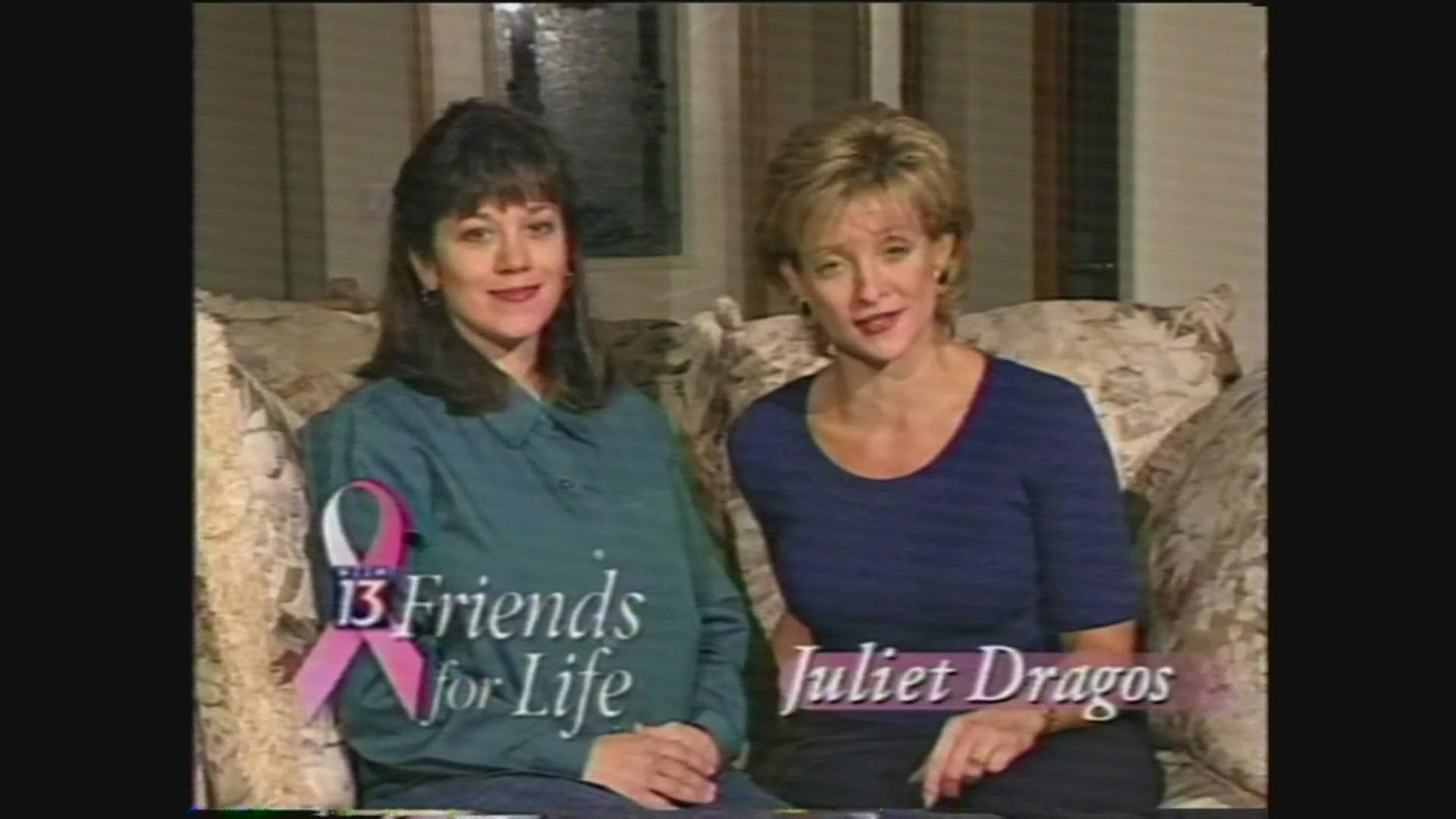