Could one court case change hundreds of local speed limits in Michigan?

One court case could be instrumental in changing hundreds of speed limits across the state. 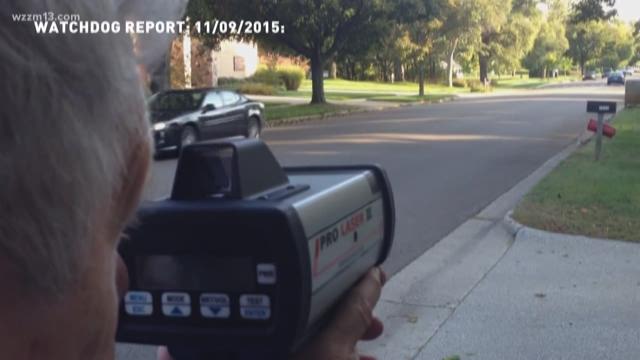 A court case that could have widespread ramifications on hundreds of speed limits in Michigan is now under review at the Michigan Supreme Court.

But some local governments have intentionally ignored the rules and kept their speed limits low, waiting for the courts to rule to force them to comply.

That court case could be the one involving Anthony Owen, if the Michigan Supreme Court decides to take it.

►Related: New 75 mph speed limits? Here's how fast everybody is driving in Michigan

For more than two years, we've been following Owen's case. He was driving on Parsonage Road in the village of Saranac in September of 2015. Dash cam and body cam video we obtained show two deputies in a car speeding after Owen who was clocked driving his truck 43 mph in a 25-mph zone.

The video indicates the deputies found alcohol in the vehicle as well. The video shows deputies asking him again if he had been drinking while driving and he told them he hadn't. "I wasn't drinking and driving," Owen said.

During the 20-minute confrontation, officers did several sobriety tests on Owen. They determined he should be arrested under suspicion of drinking and driving.

Owen's attorney, Ed Sternisha, began a defense for his client arguing to multiple judges in Ionia County his client should not be held responsible for the drinking and driving charge because the 25 mph speed limit set on Parsonage Road in Saranac was not set properly by state law.

Initially, two judges found in favor of Owen and exonerated him from the crime. Ionia County Prosecuting Attorney Kyle Butler successfully appealed the decisions and were able to later convict Owen on impaired driving.

But the court process continued. The Michigan Court of Appeals refused to hear the case setting the stage for the appeal to be filed at the Michigan Supreme Court.

Sternisha said the village of Saranac violated Owen's rights by posting an incorrect speed limit. He points out that Owen was not breaking any laws when deputies pulled him over because the default 55 mph speed limit applies, absent legal signs for another limit.

But Prosecutor Butler had a different argument that was successful in the lower courts. He said Owen's case wasn't about the speed limit, rather, it was about the deputies acting reasonably during the traffic stop, even if the speed limit was not correct. The ruling was made based largely on the 2014 U.S. Supreme Court case Heien v. North Carolina, a decision that allows a police officer to make a mistake to justify a legal traffic stop.

"That's the argument I have been hammering on since day one," Ionia County Prosecuting Attorney Kyle Butler said last year. "The deputies acted reasonably when they affected that traffic stop so there was not a violation of the Fourth Amendment."

Sternisha wonders whether the state Supreme Court will not only weigh on whether it was a reasonable search but also the issue with hundreds of potentially illegal speed limits scattered across the state.

"That's why my client wants to go all the way to the Supreme Court is because he knows it's more than just him," Sternisha said. "(This case should) send a message to the average person who gets pulled over for a speeding ticket and doesn't have the power to fight it all the way because they would now be able to say the Owen case says this speed limit is not enforceable."

Interestingly, during the court process, Michigan State Police Lt. Gary Megge testified on behalf of Owen against the prosecuting attorney that he believes speed limits can only be enforced in this state if local governments have documented and established speed limits based on science and not some arbitrary number.

Jim Walker, a leader at the National Motorists Association, also testified during Owen's court case that local governments have to comply with the law by putting some thought and work into the science of speed limits.

"It's long past time that cities and counties can defy the law," Walker said. "We are supposed to be a society under the rule of law that means the government has to follow it just as much as the citizens."

"People have a right to travel without infringement," Prosecutor Butler said. "I don't want people pulled over who are not doing any wrong."