State of Michigan sells the most expensive birth records in the U.S.

Michigan's base price for a birth certificate is the highest in the country. 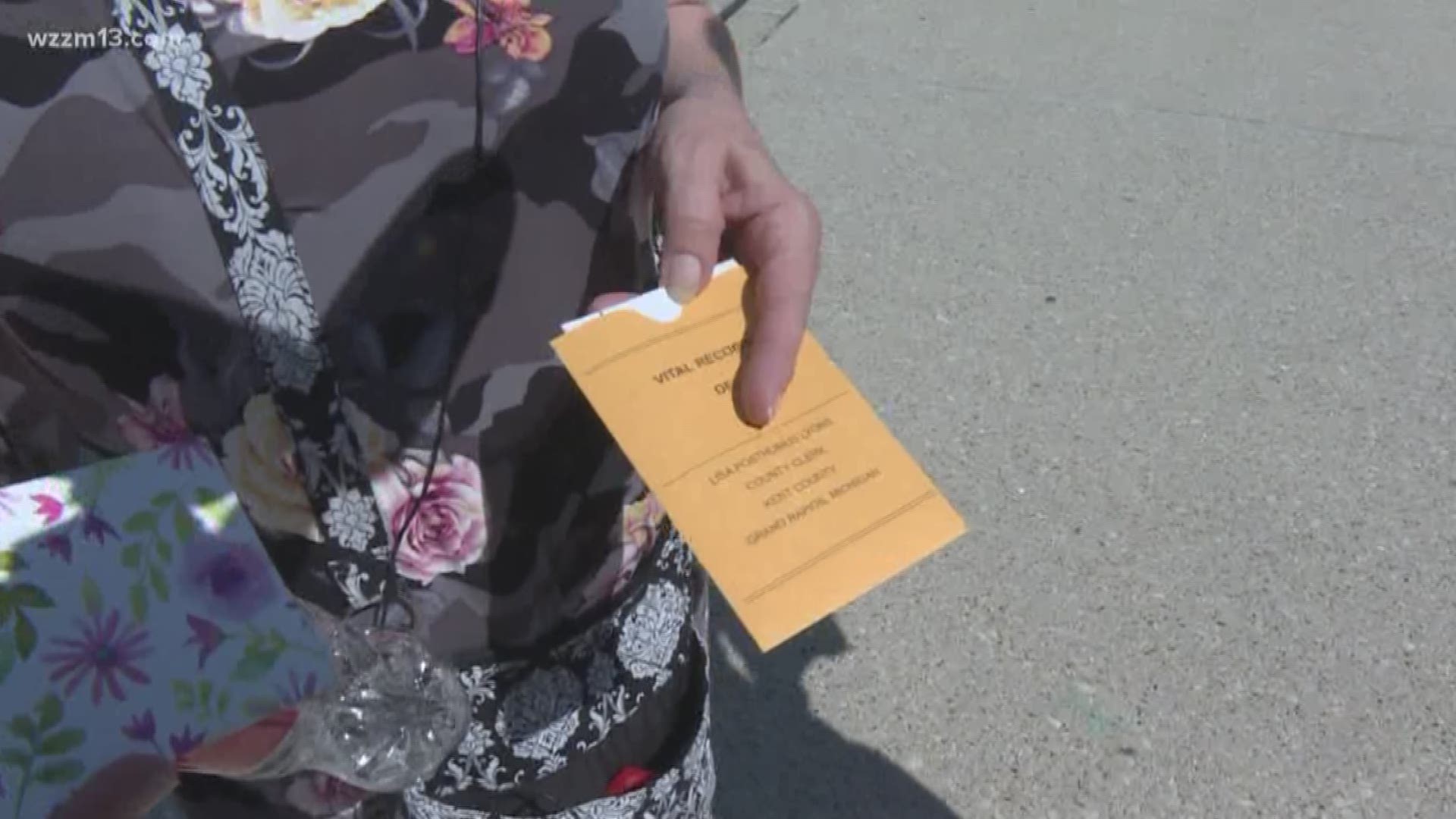 GRAND RAPIDS, Mich.- Michigan's base price for a birth certificate purchased from the Michigan Department of Health and Human Services (DHHS) is the highest in the country according to a 13 ON YOUR SIDE Watchdog investigation.

The issue came up as our investigative team was taking a look at how some people born before 1978 say they're being discriminated against because of the way they were born. We found some people who are currently trying to get birth certificates are finding out their birth records do not exist in the county they were born causing them to have to pay more to buy them from DHHS.

It's happening because the children tied to the birth certificates were not born to a married mother and father in decades past.

►Related: Getting a birth certificate? You may be forced to pay more and drive further for it

All of the birth certificates in question were sent from the counties they were born in to Lansing pre-1978. The reason people 39 years or older are seeing these issues is because previous state leaders felt a need to protect children who were born on the record to only one parent. Before 1978, birth records were open to the public at the local level but were restricted at the state level. The law was changed to restrict access locally in 1978.

Currently, certified copies of a birth certificate can only be obtained by the registrant, a parent named on the record, a legal guardian, legal representative or court order.

Anybody who was born after 1978 should have their birth certificate located at the local county clerk's office.

Many people right now are getting copies of their birth certificate in higher numbers so they can qualify to get a REAL ID driver's license. That kind of identification will be needed in 2020 to fly domestically in the United States.

Anybody who was born to a non-married couple pre-1978, has to pay a higher price to get their birth record. Lawmakers set the fee at $34 in statute. Many counties in Michigan are allowed to set their fees at the rate they choose. Kent County and Allegan County charge $10. Ottawa County charges $15. Muskegon County sells birth records for $20.

We took a look at all states across the country and Michigan tops the list. North Dakota has the cheapest birth certificate price at $7.

We interviewed Lilah Nash from Wyoming as she was getting her birth certificate at the Kent County Clerk's office. Nash said she tried to order the piece of paper online but found out it would cost her the $34 search fee and $23 worth of other fees.

Rep. Steven Johnson (R-Wayland) is trying to make changes in the law to make sure everybody pays the same price when it comes to birth certificates. He feels those children born to non-married couples should be able to pay the small amount at the local clerk's office.

He also says state lawmakers should review the birth certificate fees since they were the ones that instituted them.

"We should start looking at the overall price for everyone as well," Rep. Johnson said. "It's very important for a lot of aspects of your life to have a birth certificate."