The only independent abortion doctor practicing in West Michigan is being suspended by the state of Michigan for not reporting several criminal convictions. 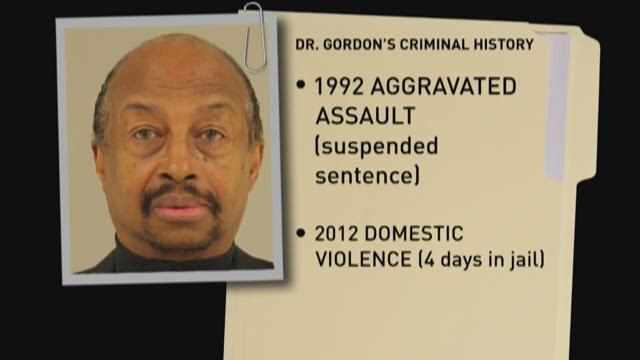 The only independent abortion doctor practicing in West Michigan is being suspended by the state of Michigan for not reporting several criminal convictions.

An order from LARA's Board of Medicine Disciplinary Subcommittee indicates Dr. Gordon's "license shall be automatically reinstated if within six months from the effective date of this order the department has received satisfactory written evidence from the Health Professional Recovery Program verifying the respondent has undergone independent mental health and chemical dependency/substance abuse evaluations".

Last May, the 13 Watchdog team reported Dr. Gordon could be facing "possible sanctions" after failing to notify the state regulators of multiple criminal convictions. LARA's documents indicated state experts were concerned Dr. Gordon's past criminal cases could affect his ability to practice in a "safe and competent manner".

Over several months leaders at LARA investigated Dr. Gordon's past and concluded in a complaint filed by the state that the doctor was not complying with the state's Public Health Code by not reporting convictions for aggravated assault, domestic violence, disorderly person and operating while intoxicated.

In 2010, Gordon's wife Shelly filed a Personal Protection Order against him. She wrote quote:
"Thomas has beat (me) several times in the past 3 years, he has even put his 45 mm pistol to my head when I was sleeping."

In the 2012 domestic violence incident that involved the criminal conviction, police reports indicated Gordon said to his then wife in that incident quote "I'll shoot you and any one that ________ with me."

Dr. Gordon is the Medical Director at the Heritage Clinic in Grand Rapids. That clinic is the only abortion clinic listed on the National Abortion Federation's registry of available providers. Gordon's clinic is one of the few options available in West Michigan for a woman to have a surgical abortion outside of a hospital.

Right to Life of Michigan Director of Communications Chris Gast indicated it's not clear to his organization if a replacement doctor would be brought in to replace Dr. Gordon in Grand Rapids. He indicated some doctors may travel to other clinics to substitute.

"Local pro-life sidewalk counselors, however, are unaware of Gordon ever using substitute abortionists in the past," Gatz wrote in a prepared statement.

Lednicer said if a woman wanted to have a surgical abortion, she would have the choice of going to one of Planned Parenthood's clinics in Kalamazoo, Ann Arbor or Flint. There are eight other independent abortion clinics listed on the National Abortion Federation's web site on the east side of the state.

Lednicer said medical abortions, by pill, are available for terminating a pregnancy during the first 10 weeks of term through Planned Parenthood locations in West Michigan.

Dr. Gordon didn't comment today and didn't get back with us for comment last May. In state documents, he admitted the allegations against him were true he violated the Public Health Code.

If you have something you want us to investigate, email watchdog@wzzm13.com, visit our Facebook page or Twitter.