Jason White and Matt Deja hired Cody Strickland, who claimed to own CB Construction. Now, months later, they're out of their deposits and have big patches of dirt where their pole barns are supposed to be. 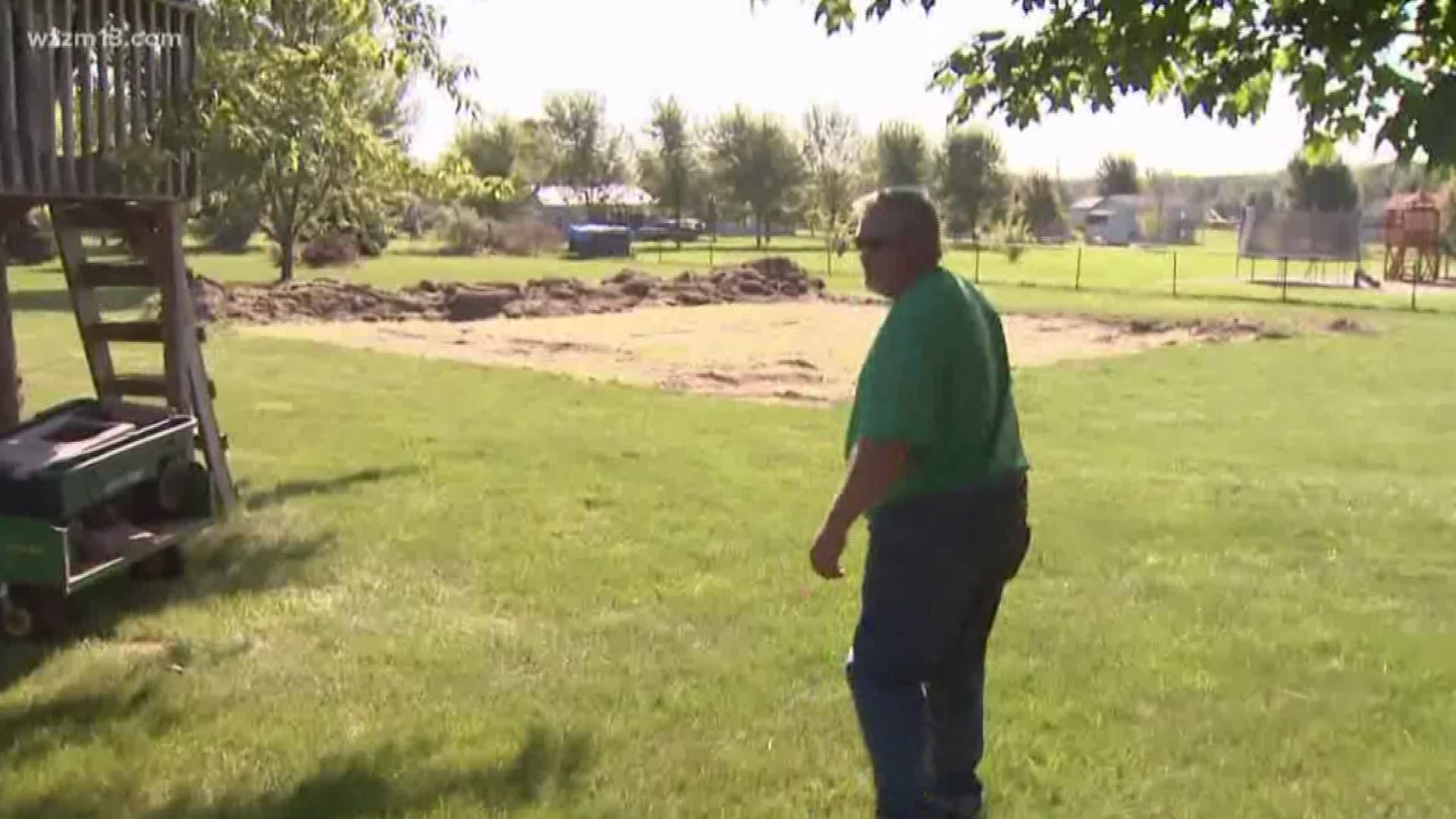 A West Michigan contractor is leaving customers with unfinished projects that cost them thousands of dollars.

Two of the victims contacted 13 ON YOUR SIDE for help. They want others to know about the man they've been dealing with since this past summer.

"He said everything you would want to hear," said Jason White, who owns a home in Algoma Township. "It's very frustrating. You don't do that to people."

White and his neighbor Matt Deja hired Cody Strickland, who claimed to own CB Construction.

"He did this the end of July," said Deja as he pointed to a large patch of dirt in his yard. White has one just like it. "Yep this is the invisible pole barn," said White.

White and Deja hired Strickland to build pole barns on their properties. "I had several estimates. He came in wearing his construction shirt with his name on it. I asked him, are you a licensed builder? He said, "yep."

They also asked him for proof of insurance. "He had a piece of paper with insurance on it and showed me a builder's license with a raised perforation on it."

In July, Strickland showed up to start the work. He excavated the space for both the barns, but that's all he's done. White and Deja have received several texts from Cody with excuses about why the work isn't done.

Deja called the Michigan Department of Licensing and Regulatory Affairs (LARA). "They told me no, he is not licensed."

13 ON YOUR SIDE tried to find Strickland at the address listed on the contracts. His mom answered the door and said he moved out. She said, "At this point, I'm not asking questions. I don't want to know anything."

Strickland called us an hour later. He told us he had been sick but was planning on giving the money back. He blamed the licensing issue on bad paperwork and said it was, "no big deal."

"You either have it or you don't. It's a one-year misdemeanor," said Kent County Prosecutor Chris Becker.

Strickland is now charged with being an unlicensed builder. There is now a warrant out for his arrest.

"You have to have a license to do residential construction whether it's refurbishing, roofing -- you're supposed to be licensed under the State of Michigan."

You can check yourself, by going to the LARA website. Enter the name of the business or owner and pick the type of license. Strickland does not show up.

"I learned a hard lesson from him," said ;White. He and Deja are now in the process of finding another contractor to build their pole barns. They want others to beware of Cody Strickland. "He needs to be stopped. I would like to see him arrested and prosecuted."

If you have been scammed by Cody Strickland or any other business, please contact watchdog@13onyourside.com with you story.