Nearly all of the charges, which involve victims who were as young as 5 years old when they were abused, came from roughly 450 calls to a tip line. 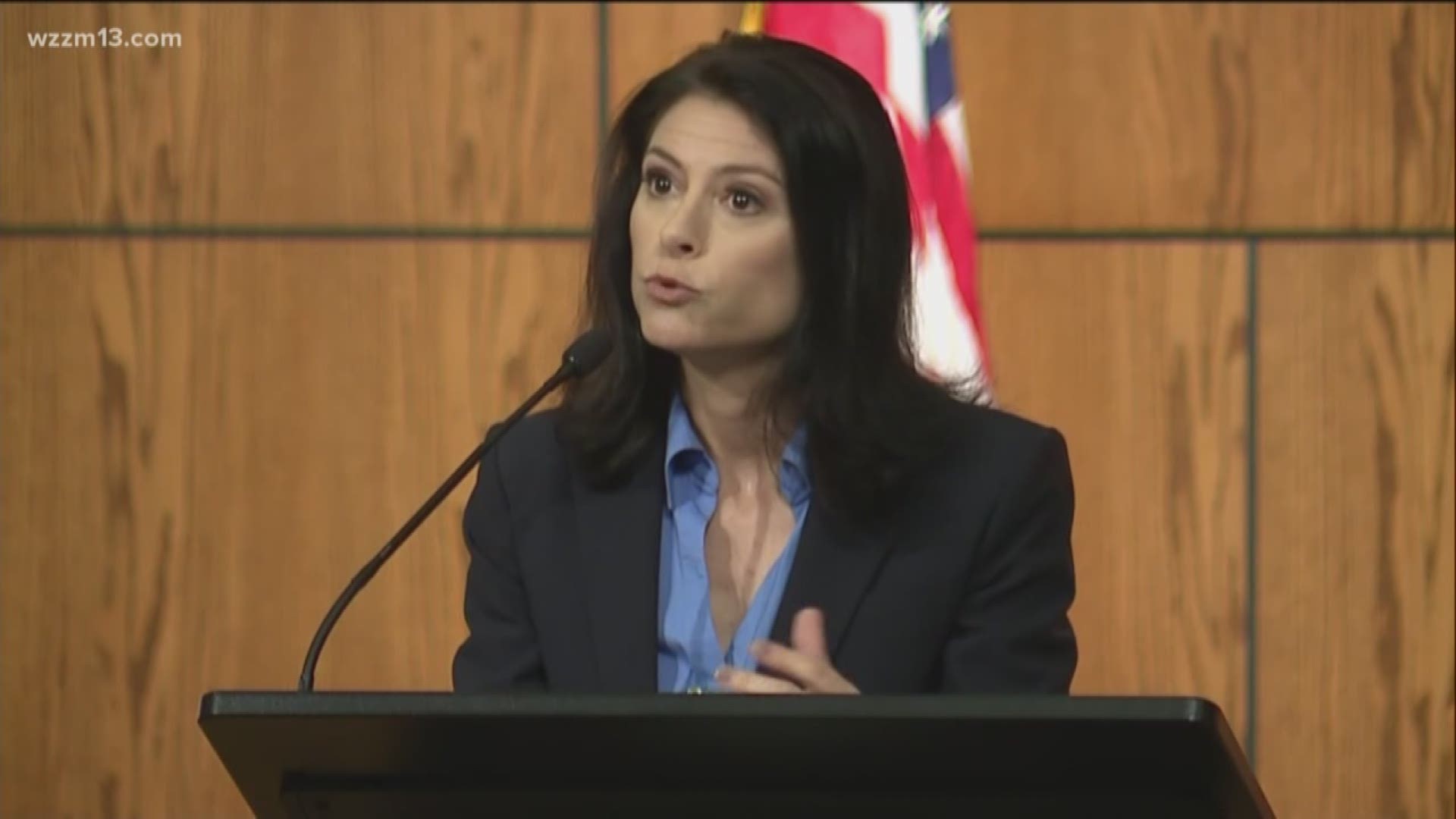 Attorney General Dana Nessel said the priests served in dioceses in Detroit, Lansing and Kalamazoo, and that they've been charged with various counts of criminal sexual conduct. Four of them were arrested this week in Arizona, California, Florida and Michigan, and the fifth awaits extradition from India.

A sixth priest faces an administrative complaint and has had his counseling license suspended by the state, officials said.

Nearly all of the charges, which involve victims who were as young as 5 years old when they were abused, came from roughly 450 calls to a tip line and were corroborated by files seized from dioceses last fall and interviews with multiple victims, Nessel said. She added that the cases are just the "tip of the iceberg," as investigators have only gone through at most 10% of the information they have obtained. They also found many cases in which they could not bring charges because statutes of limitation had expired, priests had died or victims wouldn't come forward.

"We're holding people accountable — in this case, some of those clergy who preyed on young children and vulnerable adults," Nessel said at a news conference. "Unfortunately, they were hiding in plain sight ... and taking advantage of their position of faith and authority."

Those charged were Timothy Crowley, 69, of Tempe, Arizona; Neil Kalina, 63, of Littlerock, California; Vincent DeLorenzo, 80, of Lantana, Florida; Patrick Casey, 55, of Bellaire, Michigan; and Jacob Vellian, 84, of Kerala, India. It wasn't immediately clear if they have attorneys.

DeLorenzo was charged Thursday with three counts each of first- and second-degree criminal sexual conduct. DeLorenzo, who served several Michigan churches, admitted when he resigned from a Flint-area parish in 2002 that he had sexually abused a child. He wasn't charged at the time, but the Diocese of Lansing recently said a total of eight people had accused him of sexual abuse and that he was being defrocked.

Lansing Bishop Earl Boyea issued a statement welcoming the actions of prosecutors, saying this way "the truth can come out and justice may be served."

"Any priest who commits reprehensible acts against children does grave harm to victims," Boyea said. "He betrays the priesthood and the entire Church. I pray that Christ brings healing to all involved."

The Archdiocese of Detroit said in a statement that it "deeply regrets the pain inflicted upon victim-survivors," and is cooperating with all authorities "in the hope that these partnerships may pave the way toward a future of greater trust and transparency."

U.S. bishops enacted a "zero tolerance" policy against sexually abusive priests in 2002. However, Nessel said she has read more recent internal communications among church leaders in which they discuss transferring abusive priests as opposed to arresting them. She said the documents she has reviewed also outline discussions about paying victims' families so they don't come forward.

"I want to make certain that we are taking dangerous predators off the street," she said. "That's my No. 1 goal — not just to hold those accountable."

An earlier version of this story was corrected to reflect that Vincent DeLorenzo has been charged with three counts each of first- and second-degree criminal sexual conduct, not six counts of each charge. 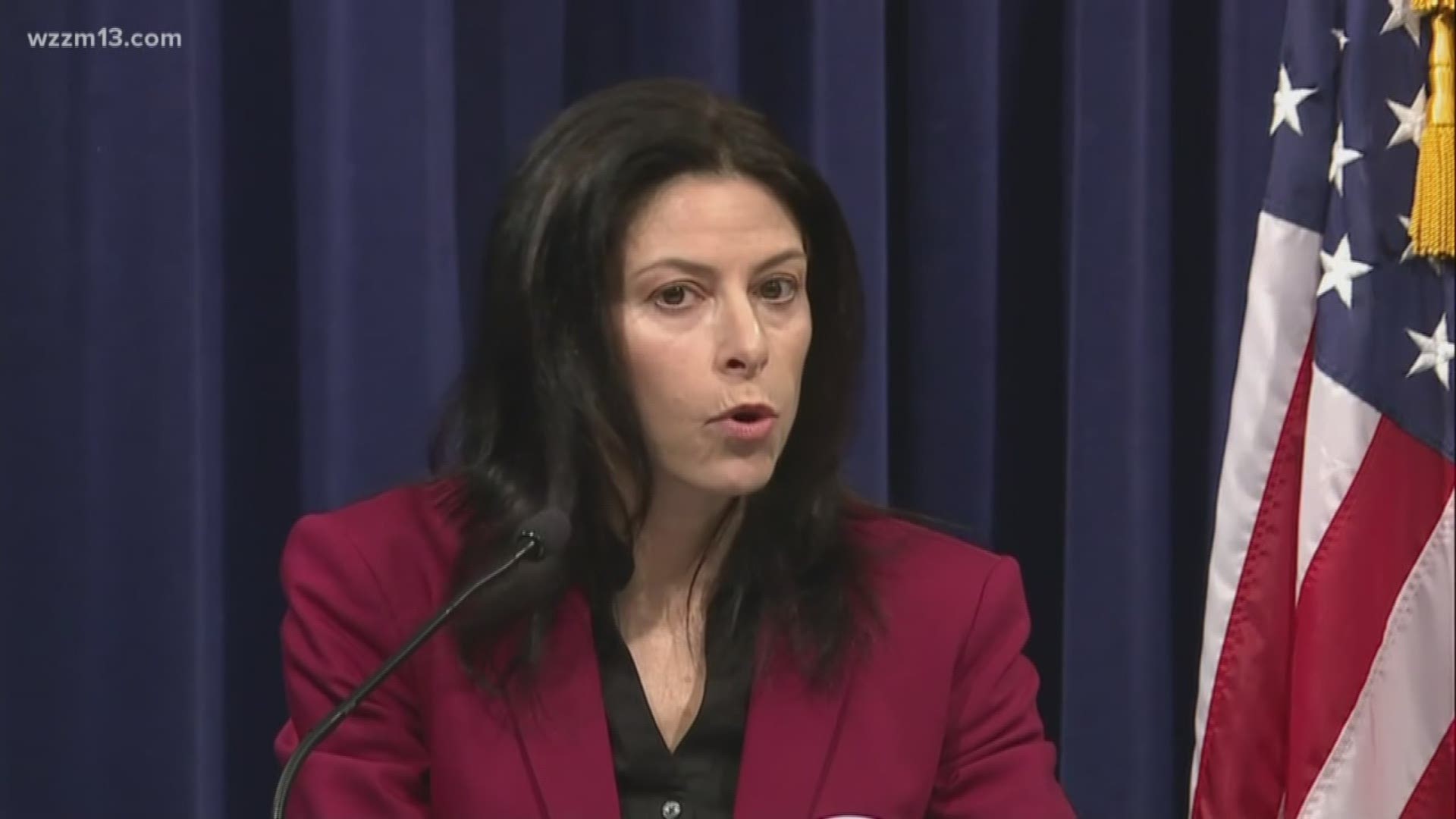