The Palladium Gun Shop in Coopersville was broken into earlier this week and 10 guns were stolen. 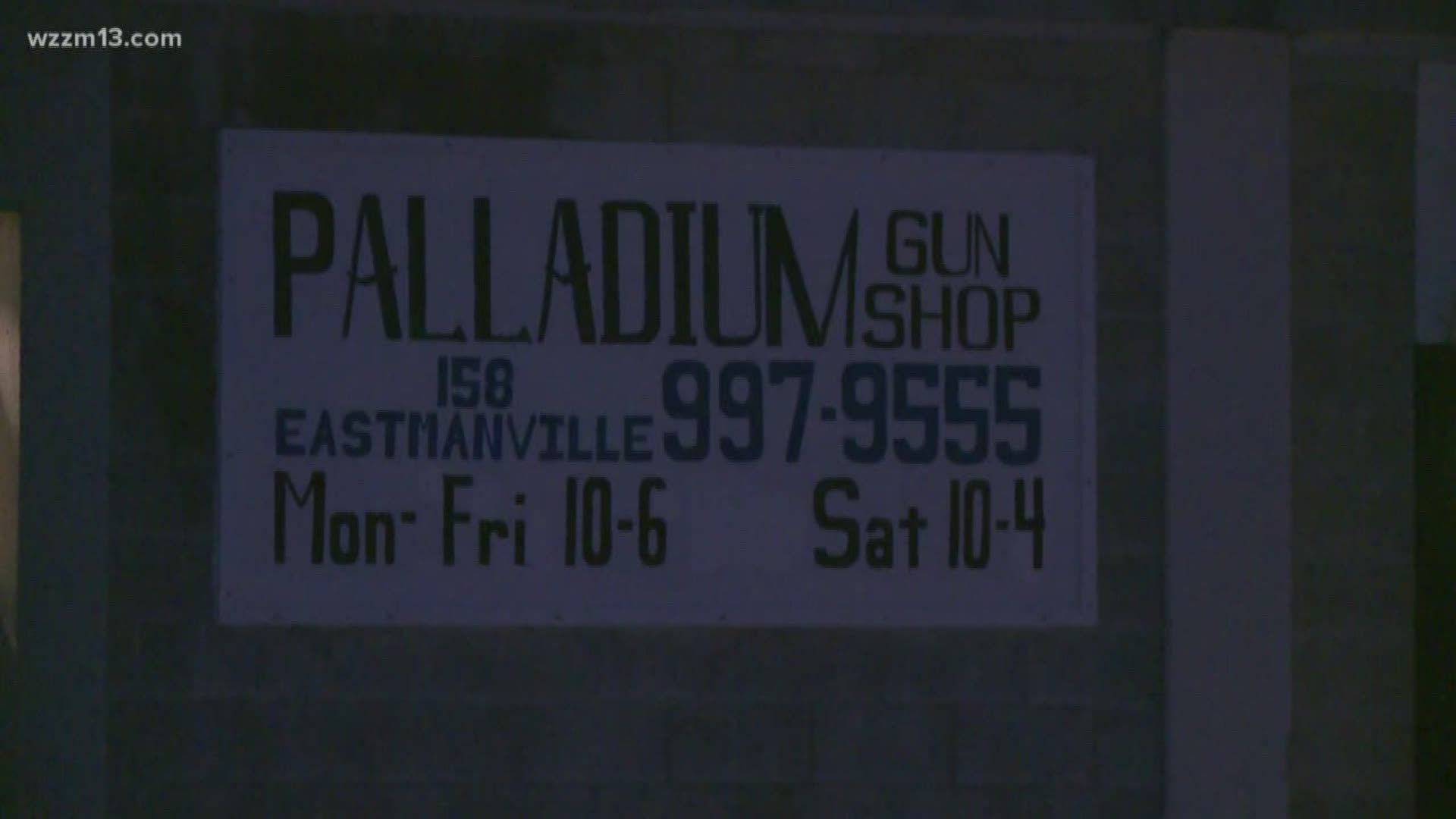 NILES, Mich. - There is a $5,000 reward for anyone with information related to a gun store burglary that happened earlier this week.

The Palladium Gun Shop, located at 158 Eastmanville Street in Coopersville, was robbed around 3:40 a.m. on May 13. About 10 guns were stolen.

The Bureau of Alcohol, Tobacco, Firearms and Explosives (ATF) is offering up to $2,500 for information on the suspect or suspects who broke into the gun shop. The National Shooting Sports Foundation (NSSF), the trade association for the firearms industry, will match ATF's reward.

The reward is part of a larger national cooperative initiative between the NSSF and ATF in which NSSF matches ATF’s reward in cases involving the theft of firearms from federally licensed firearms retailers.

Anyone with information about this crime can contact ATF at 1-800-ATF-GUNS or Ottawa County’s Silent Observer Tip Line at 1-877-88-SILENT. Information can also be sent to ATFTips@atf.gov. 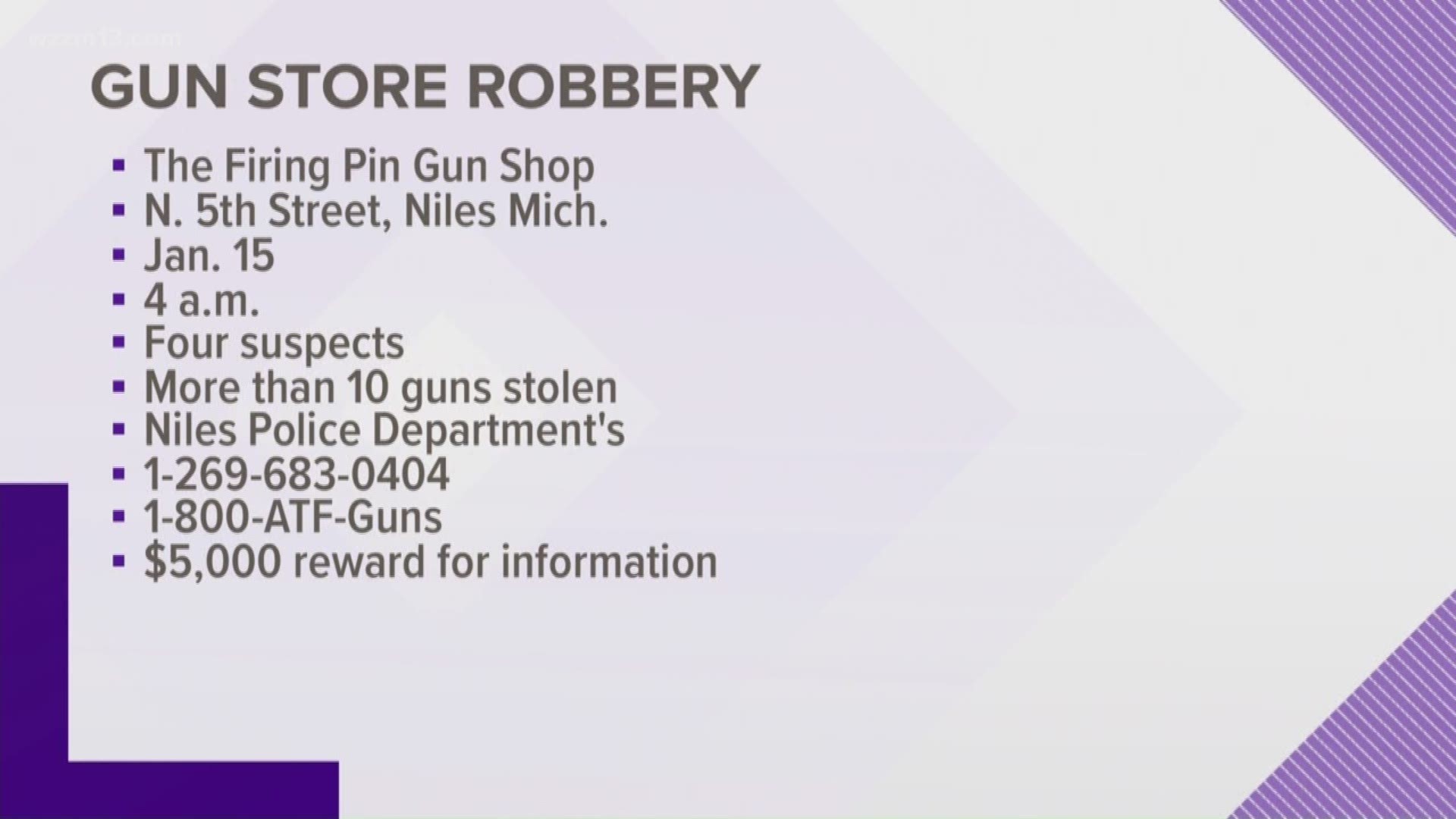