It was not immediately clear whether talk of targeting Virginia’s Democratic governor went beyond the June meeting. 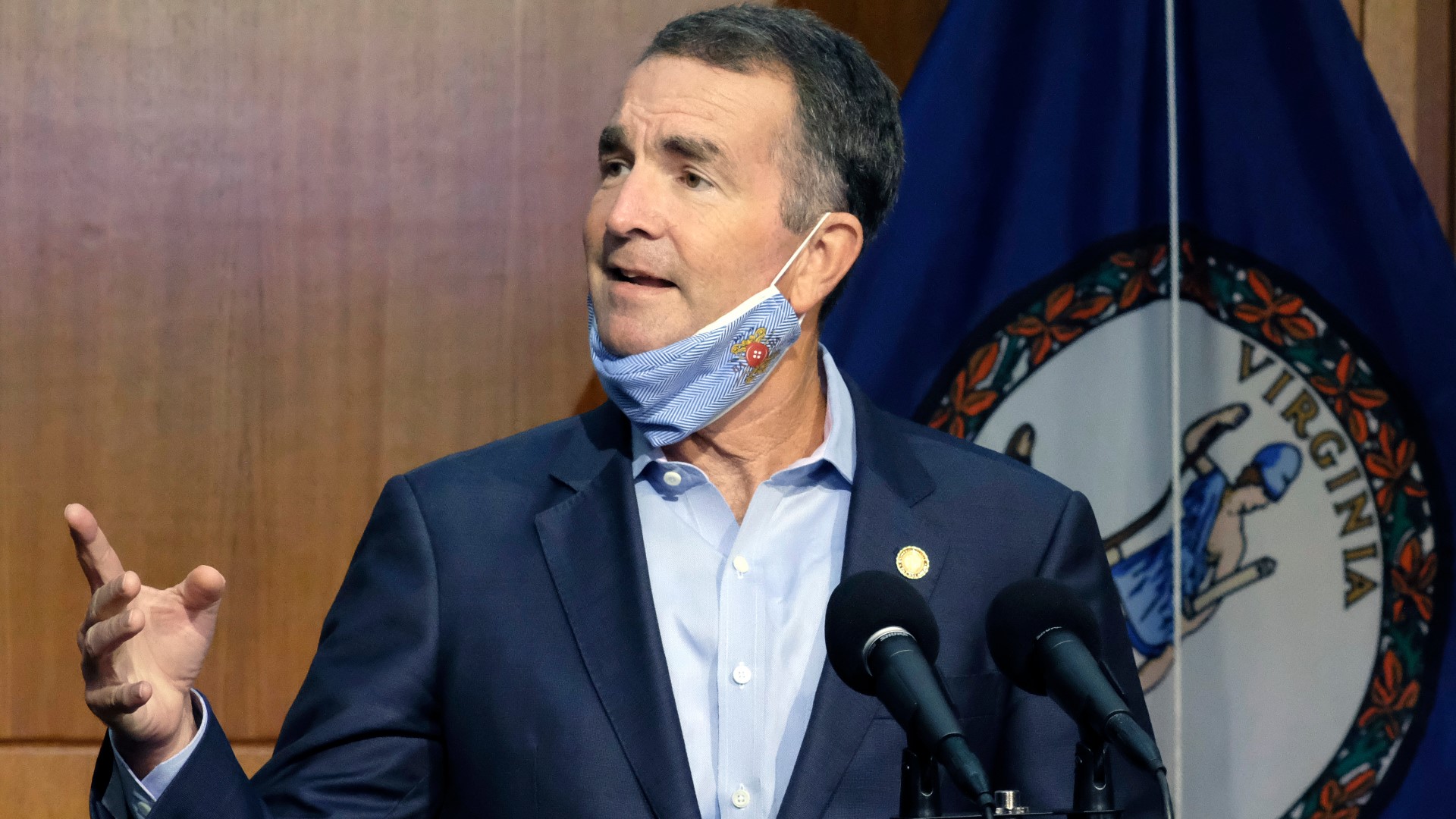 Tuesday’s court hearing was to review investigators’ evidence against Adam Fox, Ty Garbin, Kaleb Franks, Daniel Harris and Brandon Caserta and whether they should be detained before trial. The men are all Michigan residents.

A sixth man, Barry Croft, was being held in Delaware.

The June meeting was part of the FBI’s investigation of various anti-government groups, leading to the months-long case in Michigan relying on confidential sources, undercover agents and clandestine recordings to foil the alleged kidnapping conspiracy.

Some defendants conducted coordinated surveillance of the Democratic governor’s vacation home in northern Michigan in August and September, according to a criminal complaint.

“They discussed possible targets, taking a sitting governor, specifically issues with the governor of Michigan and Virginia based on the lockdown orders,” Trask said. He said the people at the meeting were unhappy with the governors’ responses to the coronavirus pandemic.

Trask did not discuss further planning aimed at Northam.

The FBI alerted key members of Northam’s security team throughout the course of its investigation, but neither the governor nor members of his staff were informed, as per security protocols for highly-classified information, said Northam’s spokeswoman, Alena Yarmosky. She said the governor and his family were never believed to be in imminent danger, and that there have been enhanced security measures in place for them for quite a while.

“Here’s the reality: President Trump called upon his supporters to “LIBERATE VIRGINIA” in April — just like Michigan. In fact, the President regularly encourages violence against those who disagree with him. The rhetoric coming out of this White House has serious and potentially deadly consequences. It must stop,” Yarmosky said in a news release.

President Donald Trump urged supporters to “LIBERATE” Michigan, Virginia and Minnesota in a series of tweets in April, encouraging protesters who turned up at state Capitols to oppose restrictions aimed at minimizing the spread of the virus.

In the Michigan case, authorities said the men were trying to retaliate against Whitmer due to what they viewed as her “uncontrolled power” during the coronavirus pandemic. They said four of the men had planned to meet last week to pay for explosives and exchange tactical gear.

Whitmer, who was considered as Joe Biden’s running mate and is nearly halfway through a four-year term, has been widely praised for her response to the virus outbreak but also sharply criticized by Republican lawmakers and people in conservative areas of the state. The Capitol has been the site of many rallies, including ones with gun-toting protesters calling for her ouster.

Michigan, and particularly the Detroit area, were particularly hard hit by the virus early on during the pandemic, leading Whitmer to put major restrictions on personal movement and the economy, although many of those limits have been lifted since spring.

Fox, who was described as one of the leaders, was living in the basement of a vacuum shop in Grand Rapids. The owner said Fox was opposed to wearing a mask during the pandemic and kept firearms and ammunition at the store.

Fox did not wear a face mask during Tuesday’s hearing. The other four men did wear coverings; all five wore shackles on their hands and feet during the hearing.

The defendants face up to life in prison if convicted.

Seven others linked to a paramilitary group called the Wolverine Watchmen were charged in state court for allegedly seeking to storm the Michigan Capitol and providing material support for terrorist acts by seeking a “civil war.” 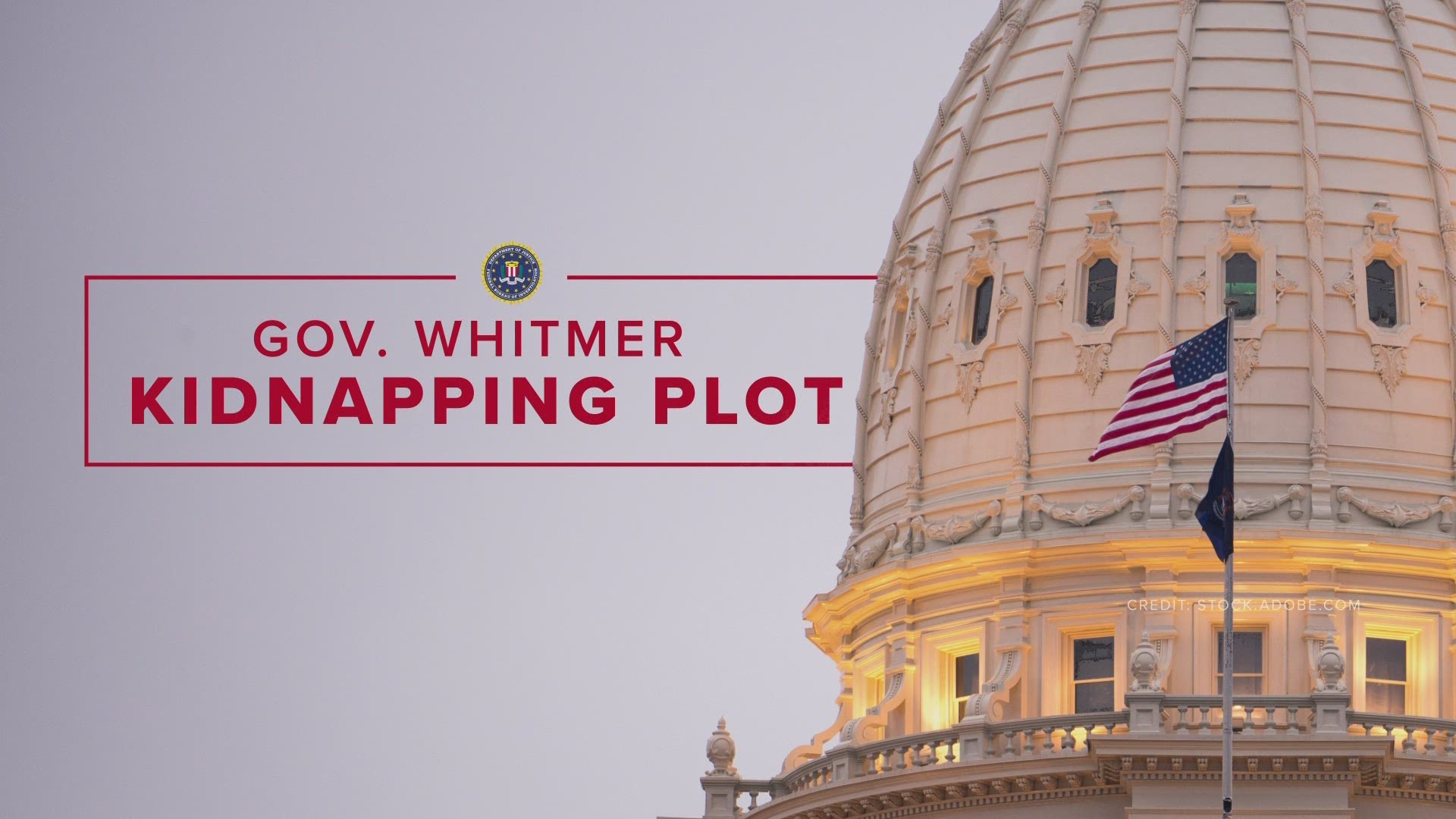