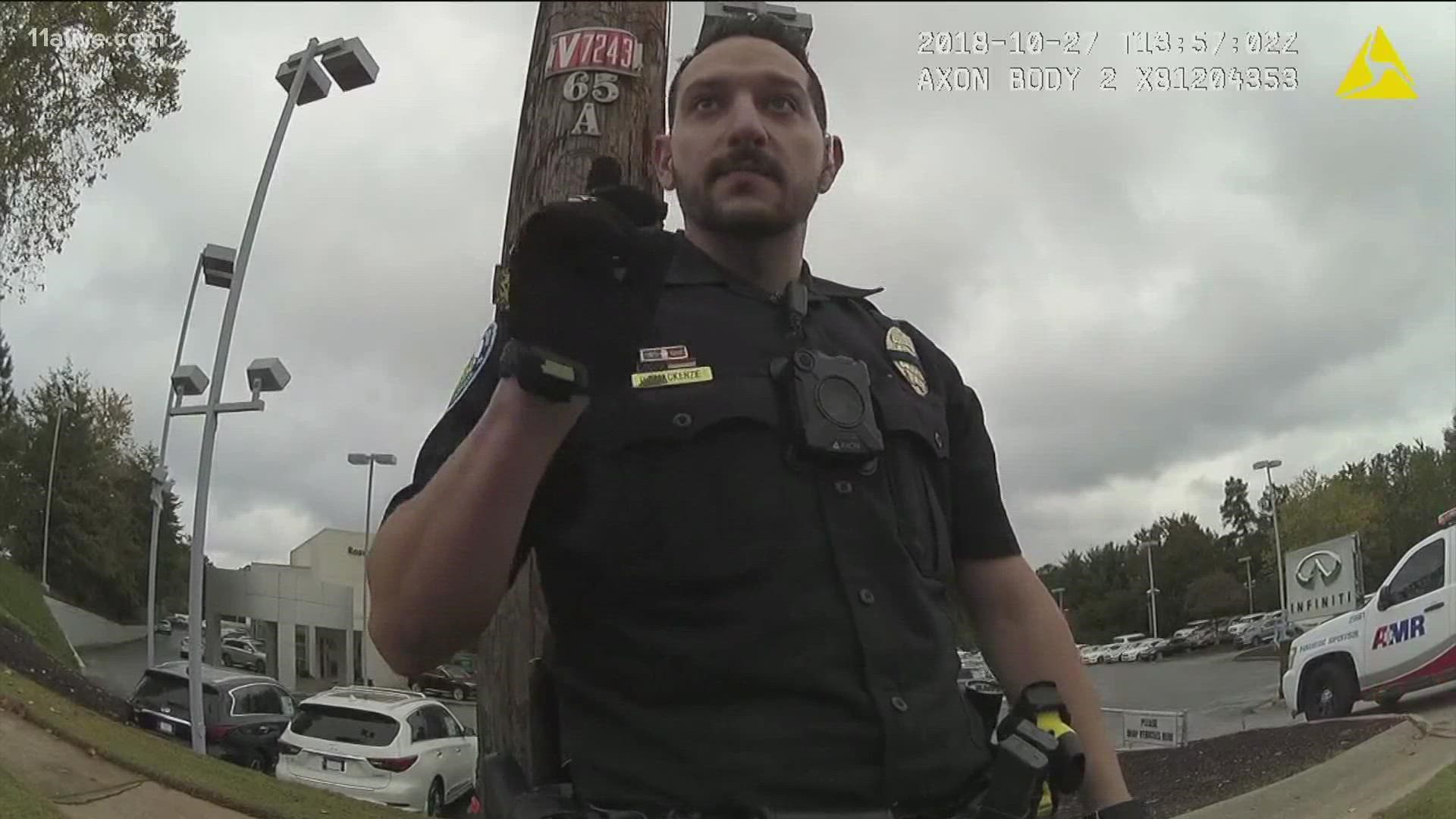 ROSWELL, Ga. — A Fulton County grand jury has indicted a former Roswell Police officer after an 11Alive investigation revealed video of him tasing and punching a handcuffed man.

Officer Daniel MacKenzie has been charged with seven counts, including aggravated assault and making a false statement.

The incident happened in 2018. The video was hidden from the public for over two years with no movement on the internal investigation.

11Alive's investigative team, The Reveal, told the District Attorney it was starting to look like a cover-up. Paul Howard ordered the video released as one of his last acts right before he left office as district attorney.

11Alive also reported this year that Roswell had been keeping two sets of books. In this case, a police report released to the public left out any mention of the officer punching the handcuffed man. 11Alive obtained the full police report which had six additional pages of officer narrative that was left out of the public copy.

RELATED: ‘I’m about to hurt you’: Hidden police misconduct revealed in exclusive video

All charges against the suspect were dropped right after The Reveal investigators alerted the man's public defender and she asked the district attorney for a copy of the video back in 2018.

A week after the charges were dismissed, Officer MacKenzie resigned from the department.

Now, nearly three years since the incident, MacKenzie has been indicted on criminal charges.

Since The Reveal investigation, Roswell has changed it's policy and is releasing full police incident reports.

A warrant has yet to be issued for former officer MacKenzie's arrest.

The Reveal is an investigative show exposing inequality, injustice, and ineptitude created by people in power throughout Georgia and across the country.  It airs Sunday nights at 6 on 11Alive.