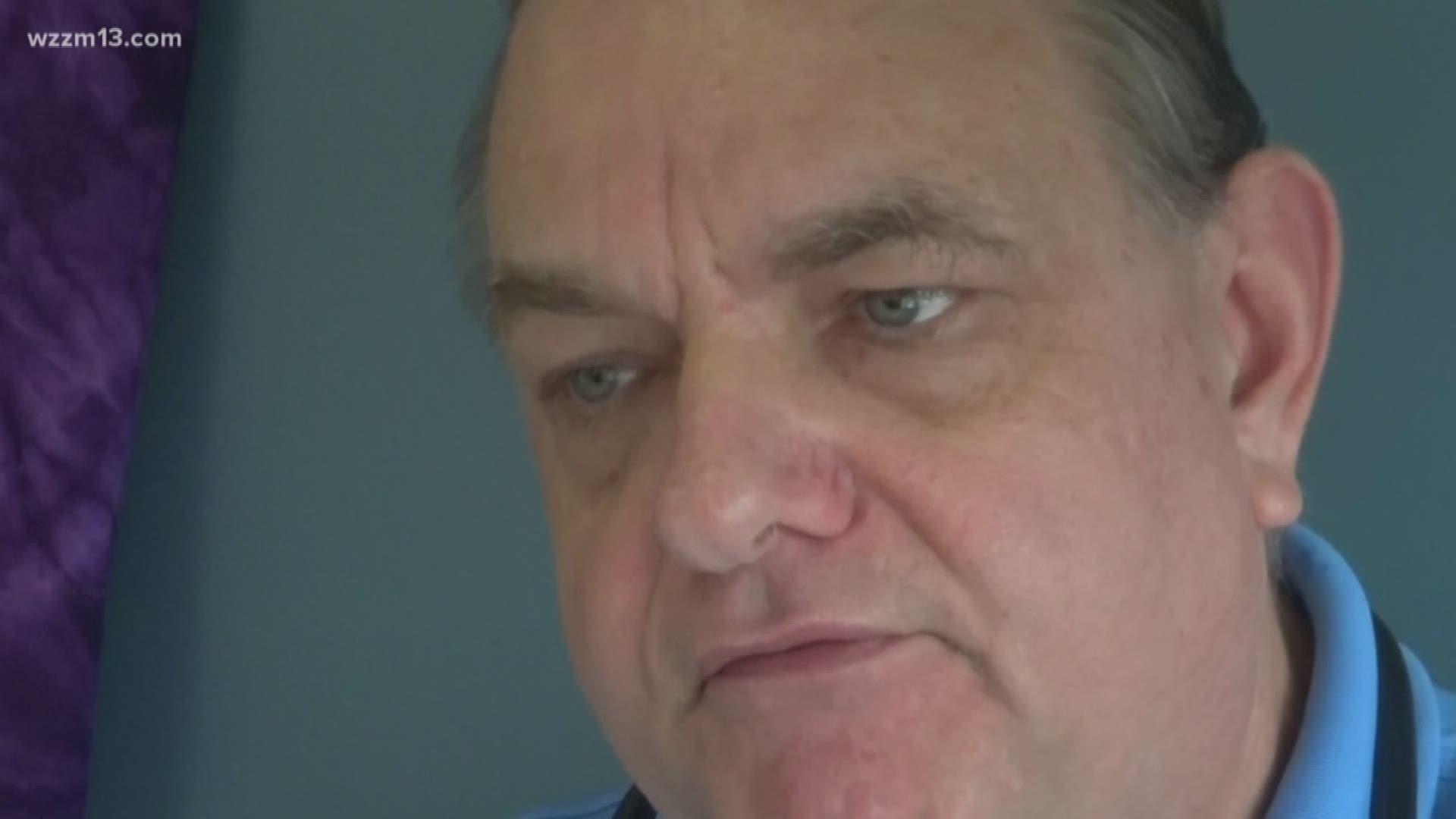 Author: 13 ON YOUR SIDE Staff

Dr. Richard Piazza is accused of conspiring to distribute controlled substances, according to a complaint filed in federal court.

Until recently, he was a physician at the Society for Healing Arts Institute in Grand Rapids.  Piazza examined patients and decided if they should receive a medical marijuana card.

"The doctor, while he was in here, was an excellent doctor," says Society for Healing Arts Institute owner Paul Farage. "Personally, I feel kind of insulted for him to use our address on every prescription he wrote knowing this was a problem. It is a betrayal to me, personally."

Court documents show that Piazza has given up his medical license in other states, including Kansas and California, and once faced criminal charges in Iowa -- ultimately losing his license. Officials in Iowa say Piazza never told them he had a criminal history spanning five years with charges including domestic violence, battery and a violation of a protective order.

The complaint, filed in court on Monday, says Piazza has been writing bad prescriptions for opioids like oxycodone and hydrocodone, along with anti-anxiety drugs, since at least December 2017.

The Drug Enforcement Administration was tipped off about Piazza by a pharmacist who noticed he was writing a lot of prescriptions that were then being filled at their pharmacy. The pharmacist thought it was especially odd, since Piazza was a holistic medical marijuana doctor. Documents state that Piazza works at the Society of Healing Arts Institute in Eastown, which is a holistic medical clinic that also provides medical marijuana certifications.

In January 2018, investigators found a man with three prescriptions for narcotics from Piazza that were made out to three different people. According to the court documents, the man told authorities that Piazza had written him about 30 similar prescriptions and that two of the three people on the prescriptions he had were planning to sell the pills on the street.

The complaint detailed that Piazza had written the same man four fake prescriptions in one day in exchange for up to $400 in cash and meth.

Piazza allegedly wrote one man prescriptions for oxycodone in September and October 2018 and told the man to give the pills to someone else to pay for meth. Piazza has even allegedly moved around to write bad prescriptions in other areas in exchange for cash, weed and cocaine.

"He was so passionate about the medical marijuana industry and getting people off any kind of prescriptions," says Farage. "It is ironic he would be writing prescriptions to the extent he did for money or whatever."

According to the documents, the Michigan Automated Prescription System shows that Piazza has written prescriptions for more than 10,000 pills, the majority of them being opioids, between December 2017 and January 2018. Many of them were written in an undisclosed location in Montcalm County, despite Piazza's place of work being in Grand Rapids. Documents also detailed that Piazza was charged back in September 2018 with possession of cocaine and intent to distribute marijuana. The case has been bound over to trial.