Muskegon house fire will not burn down this woman's dream

This Muskegon woman lost two houses to fires in less than a week, she was just waiting on the current resident to leave in order to move into this one. 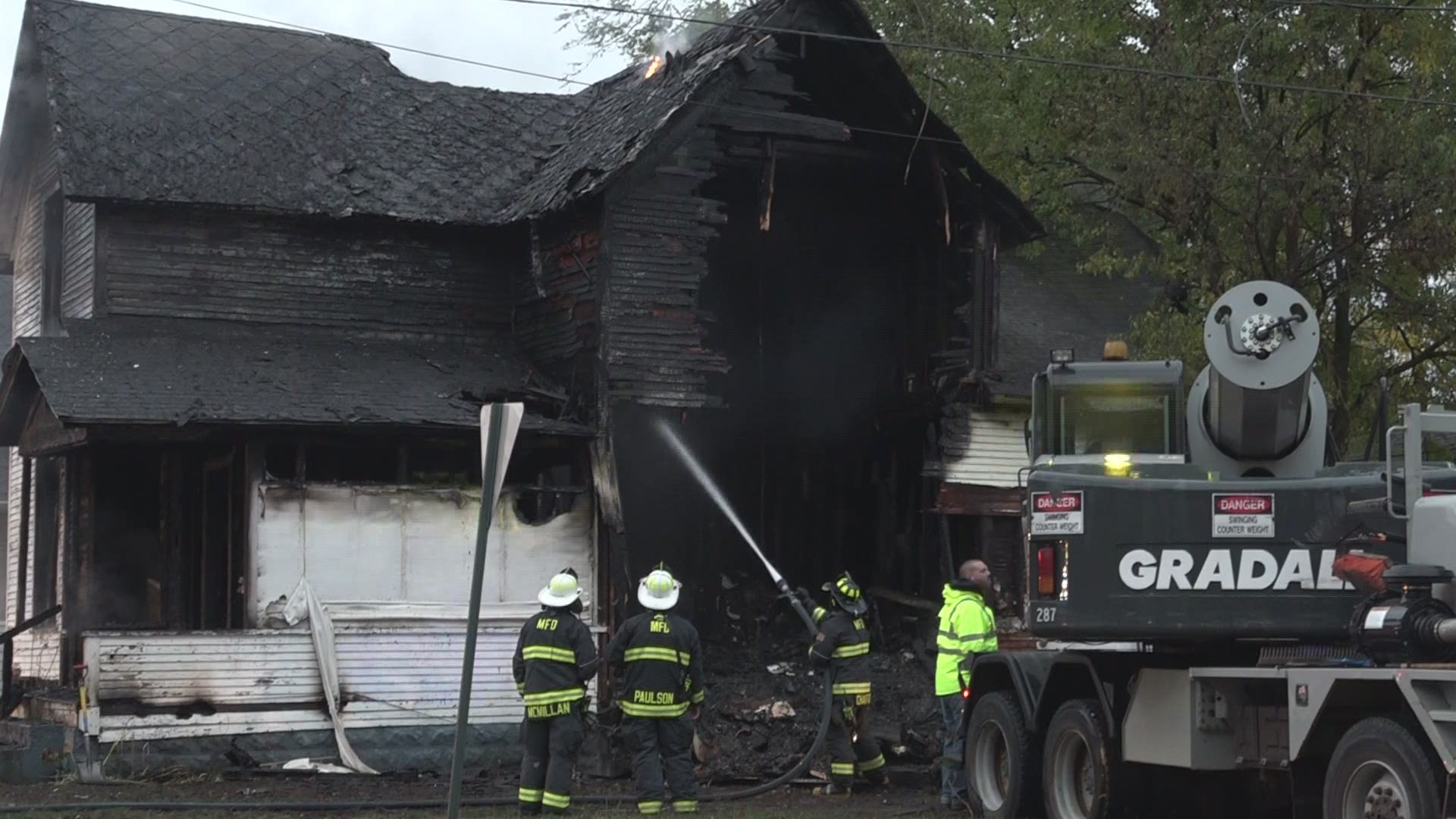 MUSKEGON HEIGHTS, Mich. — Around 4 a.m. on Sunday Oct. 18, a house on the corner of Jiroch and Grand Avenue began to burn, according to fire officials.

The current resident was in the hospital and a nephew that stayed with him was not at home, according to neighbors in the community.

But back in March, Minister Cherrilynn Bell Anderson put a couple of thousand dollars down on a land contract. She was just waiting for the current resident to move out, before she moved in.

As she looked at the houses remains, all she could think about was the house she lost to the same fate last week.

"I put money down on this house, because my other house on Maffet and Delano that I was working on to do a program, called the House of Refuge and Empowerment Center, I was working on that house to do a program for the community but that house burned down last week, on the 9th," Minister Bell said. "Meanwhile while that house is burning, down I'm thinking well at least I planned to get that other house down the street so that I can have somewhere eventually to lay down in. I've been waiting for this man to move out, and he hasn't done that yet, but now I'm out of two houses and I still don't have a house to stay in, but I still have my vision."

Neighbors Vicky Sweeton and John Davis explained to us the scene this morning. Here is their timeline:

Officials have not yet released the home owners name or what caused the blaze. As 13 ON YOUR SIDE learns more, we will provide those updates.

Minister Bell asks that the community pray for both his family and her vision of a community refuge home of empowerment to make it into Muskegon Heights.

Fallen to the flames