According to an internal email obtained by 12 News, Kurt Bumby was consulting for the Arizona juvenile courts for the past two years. 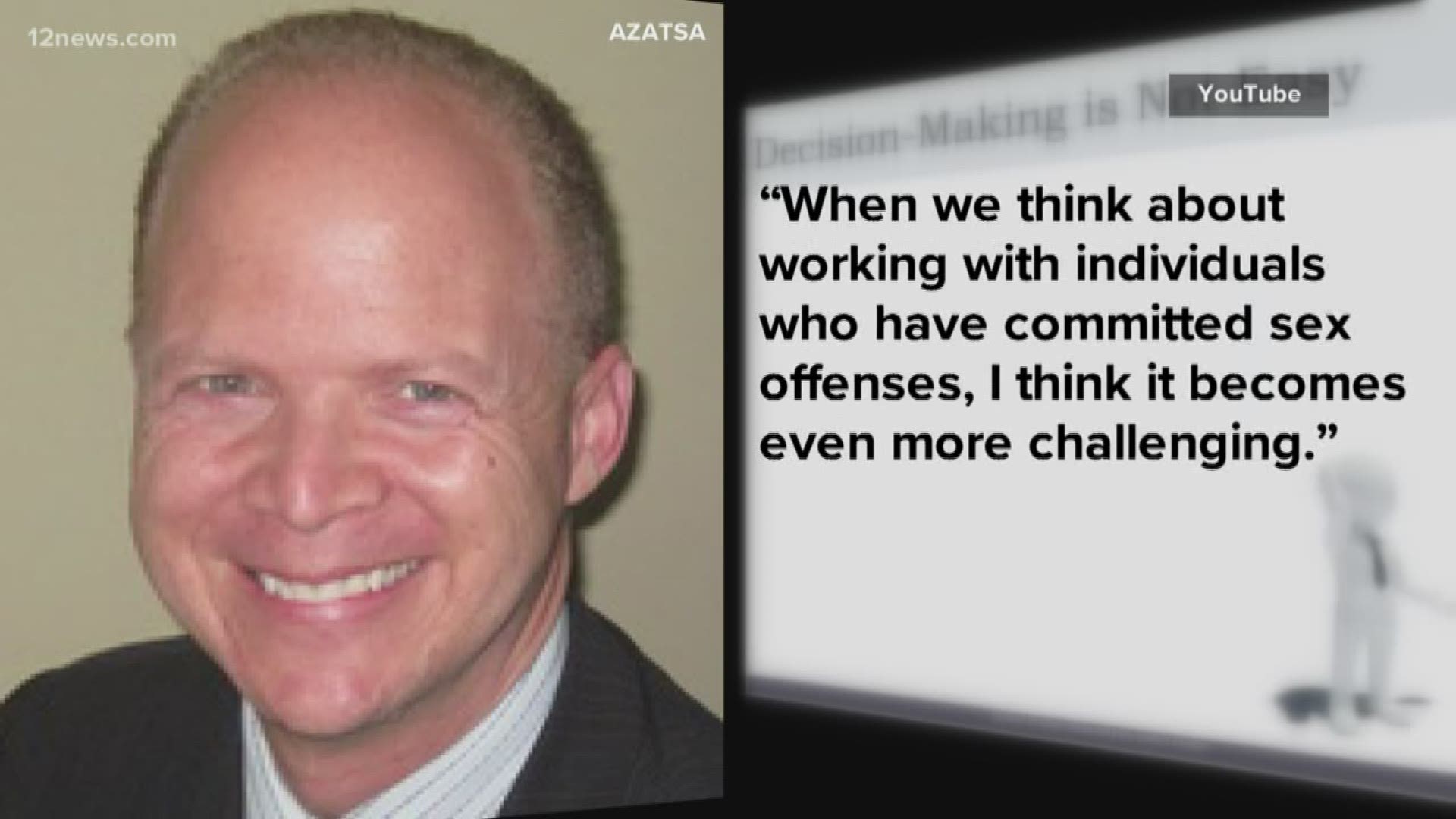 PHOENIX — A nationally recognized expert on sex offenders who recently consulted in Arizona is now facing sex crime charges of his own.

Kurt Bumby, a consultant who works with different courts, is accused of molesting children.

Bumby is a forensic psychologist and expert in sex offender management.

According to internal Arizona courts emails, Bumby consulted Arizona's Juvenile Courts Division for the past two years. He released a report in June recommending a number of changes to Arizona's policies when it comes to working with minors who have sexually abusive behaviors.

He is facing four counts of sodomy and according to The Columbia Tribune, Bumby's alleged victims were minors.

In the case of one alleged victim, the young boy played sports with Bumby's children. In another case, the boy was the son of a woman Bumby was in a relationship with.

Court records show the alleged incidents date back to 1989 and continued until 2011.

Bumby's name and photo have been removed from the Center for Effective Public Policy's website where he was working as a Senior Associate.

12 News has reached out to the Arizona courts juvenile program to find out if they will continue to implement the changes Bumby recommended and to find out how much he was paid.

They have not responded, but we will update this story when they do.

• We asked 86 burglars how they broke into homes