Is the 100th Street bridge saga finally over?

For the first time since January, the bridge no longer has construction crews on it. 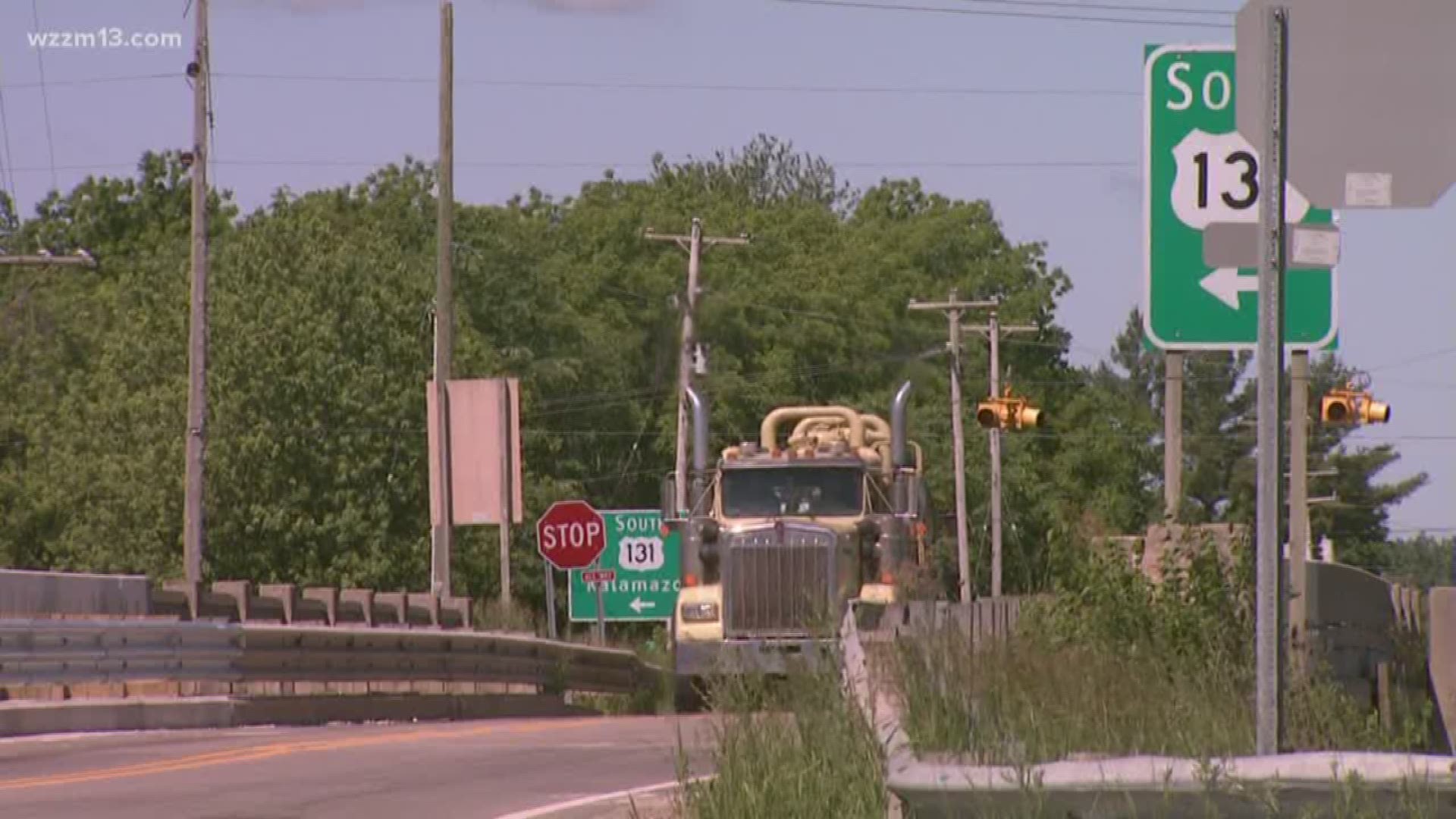 BYRON TOWNSHIP, Mich. - For those driving across the 100th Street bridge over U.S-131 in Byron Township, things look a little odd but are getting back to normal.

For the first time since January, the bridge no longer has construction crews on it. Two lanes are open after workers finished fixing the sides of the structure from multiple oversized truck hits.

Truck drivers are relieved they now don't have to take a detour around the bridge.

Bill Verwys, a chaplain with Transport for Christ, based just up the highway on 76th Street, says he talks with truck drivers all the time about stress. The drivers not only have to handle huge loads, heavy traffic and constant construction, but also are faced with trying to make up time in tight deadline situations.

"It just adds to the length of the trip and so all that coupled with the fact they are closely monitored now on the hours that they can drive," Verwys said. "When they lose more time in construction, it's harder for them to make their deliveries."

Last month, the 13 Watchdog team discovered the 100th Street bridge had been hit a total of 10 times in the last 15 months. Four of the hits did significant damage to the bridge causing it to close down at times for inspections and construction. Only one lane of 100th street across the bridge had been open since January.

So, is the madness finally over here at the bridge? The Michigan Department of Transportation (MDOT) isn't sure.

"That's a great question," MDOT spokesman John Richard said. "Every hit has been so random and sporadic that who knows. Hopefully it is over. The word is out that it is getting hit. Each and every case the trucker didn't have a permit at all or did have a permit and was taking a shortcut on 131 to try to shave some time off."

Verwys says it doesn't surprise him some truck drivers are making mistakes considering what some of the drivers tell him as a chaplain they have go through in their lives.

"It's just hard to keep the flame alive with your wife when your gone for weeks at a time," Verwys said. "It's surprising the number of people who come in and just want to unload (stress)."

The bridge is posted at 13 feet 11 inches and is actually 14 feet 1 inch on the problematic clearance on the northbound side of the bridge. Michigan law prevents truck drivers from carrying a load taller than 13 feet 6 inches without a permit.

MDOT is going to reconstruct the road underneath the bridge this fall, shaving off 2-3 inches of the roadway to try to stop the madness before the bridge can be totally replaced by 2020. The new bridge will have a height of more than 16 feet to comply with federal guidelines.