FEC to crack down on Congress’ Zombie Campaigns

10Investigates and the Tampa Bay Times used the FEC's own data to expose how former politicians kept "campaign" spending going long after their campaigning was over...and nobody in DC was paying attention. 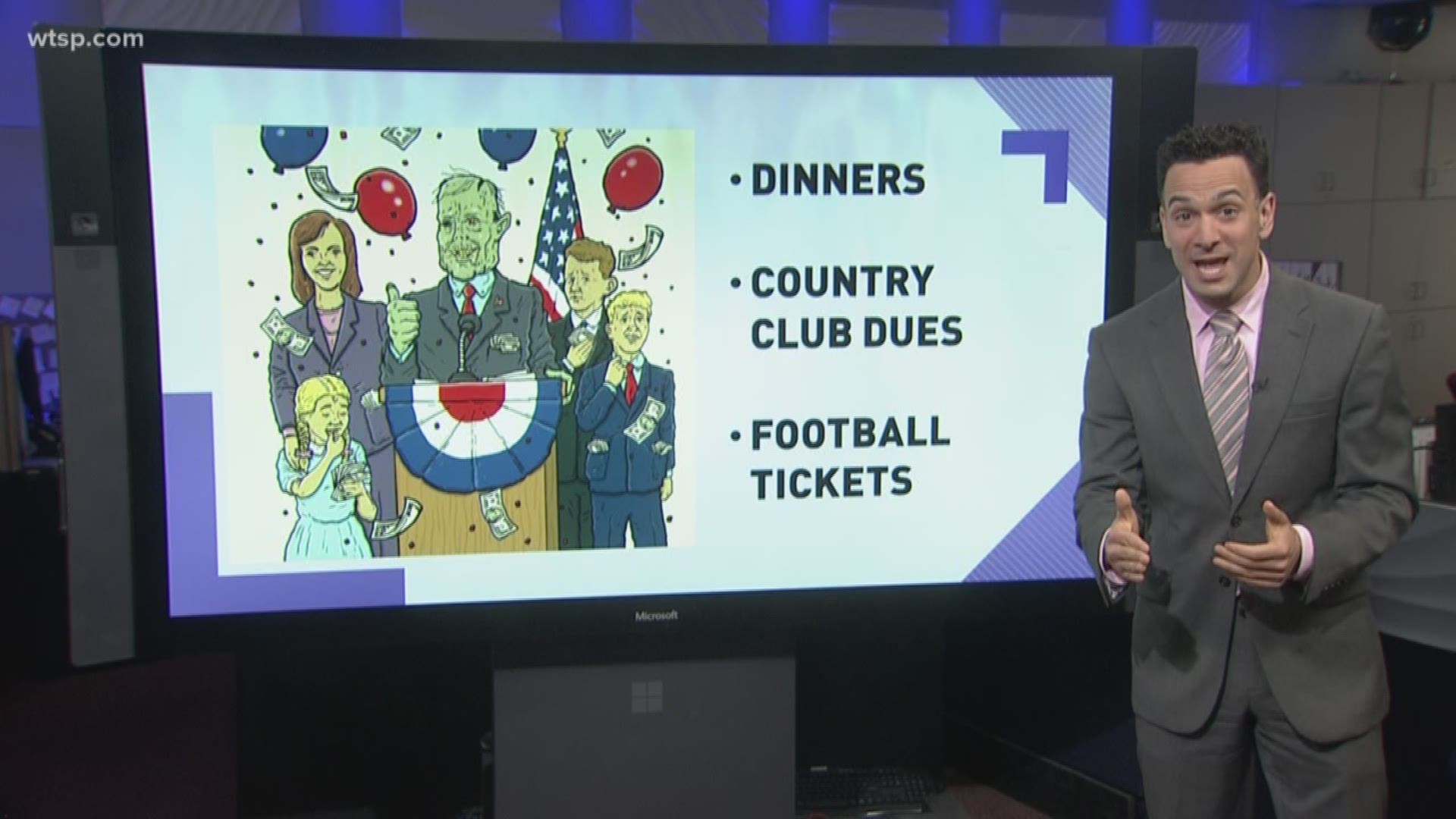 The federal agency that oversees elections has announced a crackdown on former lawmakers who continue to spend leftover campaign donations long after they left office.

The Federal Election Commission announced Wednesday that it will start scrutinizing the spending of what it called “dormant” campaigns — those maintained by former lawmakers who took advantage of a loophole that allowed them to hoard unspent campaign donations for years.

It comes after a 10Investigates/Tampa Bay Times investigation found that the agency ignored campaign finance reports that showed more than 100 former politicians carried on spending donations even though they were no longer campaigning. In some cases, these zombie campaigns remained open for more than a decade.

“I think this is great, a really positive step the FEC is taking,” said Adav Noti, a former FEC attorney who is now a senior director for the Campaign Legal Center, a Washington D.C. watchdog group. “For them to do this in the middle of an election cycle is highly unusual.”

The move was approved in a closed-door meeting Tuesday by FEC commissioners, who had previously refused to comment on the 10Investigates/Times reporting. The investigation detailed that former lawmakers and former candidates spent leftover donations on airline tickets, club memberships, a limo trip, cell phones, parking and new computers. Six campaign finance experts said that and other spending identified by 10Investigates/Times were potential election law violations. In a few cases, spending continued after the lawmaker had died.

FEC vice chairwoman Ellen Weintraub, a Democratic appointee, said the 10Investigates/Times report highlighted a problem that was not on the FEC’s radar. The need for action was unanimous among the agency’s four commissioners, she said.

“It was encouraging that the entire Commission saw this as a problem that needs to be addressed and agreed on a course of action that would be a good first step,” she said. “I’ve always been concerned about the potential for personal use and advocated for strengthening those prohibitions.”

It’s unclear how effective the new FEC policy will be, however.

The agency, which has 33 analysts, is not planning to add more staff to help with the additional work, a spokeswoman said. Last year, the agency was responsible for reviewing some 26 million financial transactions. That number will rise this year with U.S. House and Senate races across the county.

In the past, when spending by former politicians has been questioned, little if any action resulted. In eight cases identified by the 10Investigates/Times, analysts asked zombie campaigns for more information. The campaigns sent the FEC paperwork stating they were not running for office, then continued spending for years.

Rep. Gus Bilirakis, the Palm Harbor Republican, and Rep. Kathy Castor, the Tampa Democrat, are co-sponsoring the "Honest Elections and Campaign, No Gain Act." The bipartisan bill requires outgoing lawmakers to close their campaign accounts within two years and also bans payments to family members once they leave office.

And the Campaign Legal Center in February petitioned the FEC to adopt stricter rules for how former lawmakers spend leftover campaign money.

“Some commissioners may now say we’ve already stepped up enforcement in this area so we don’t need to strengthen the rules,” Noti said. “That would be disappointing and concerning.”

Based on the most recent campaign filings, there will be no shortage of spending for FEC analysts to question.

Congressman Bud Cramer, R-Ala., reported spending more than $1,800 on Feb. 7 on a “fundraising expense” at The Source, a pricey Wolfgang Puck restaurant in Washington DC.

But Cramer, who left office in 2009 and went into lobbying, did not report any fundraising receipts in the first quarter and has not filed paperwork to run for office. Candidates are prohibited from most fundraising activities when they have not declared for an office. He could not be reached for comment.

And former South Carolina Democratic congressman Robin Tallon, who has kept his campaign account open for 25 years, paid $1,000 to his son for filing a 15-page handwritten report to the FEC.

Other ex-lawmakers’ campaigns have changed their spending habits in the wake of the 10Investigates/Times report.

Dylan Beesley, a former campaign adviser who took over as treasurer of the campaign of deceased Congressman Mark Takai, paid himself more than $100,000 over a 17-month period for “consulting” after Takai’s 2016 death. That led to a watchdog group filing a complaint against him with the FEC.