'IT'S BEEN BEAT DOWN FOR SO LONG': Grand Rapids Union's 2-0 start 'isn't about football'

Grand Rapids Union's football program hasn't won much in recent years. But a well-known head coach, combined with a culture change, has the Red Hawks 2-0. 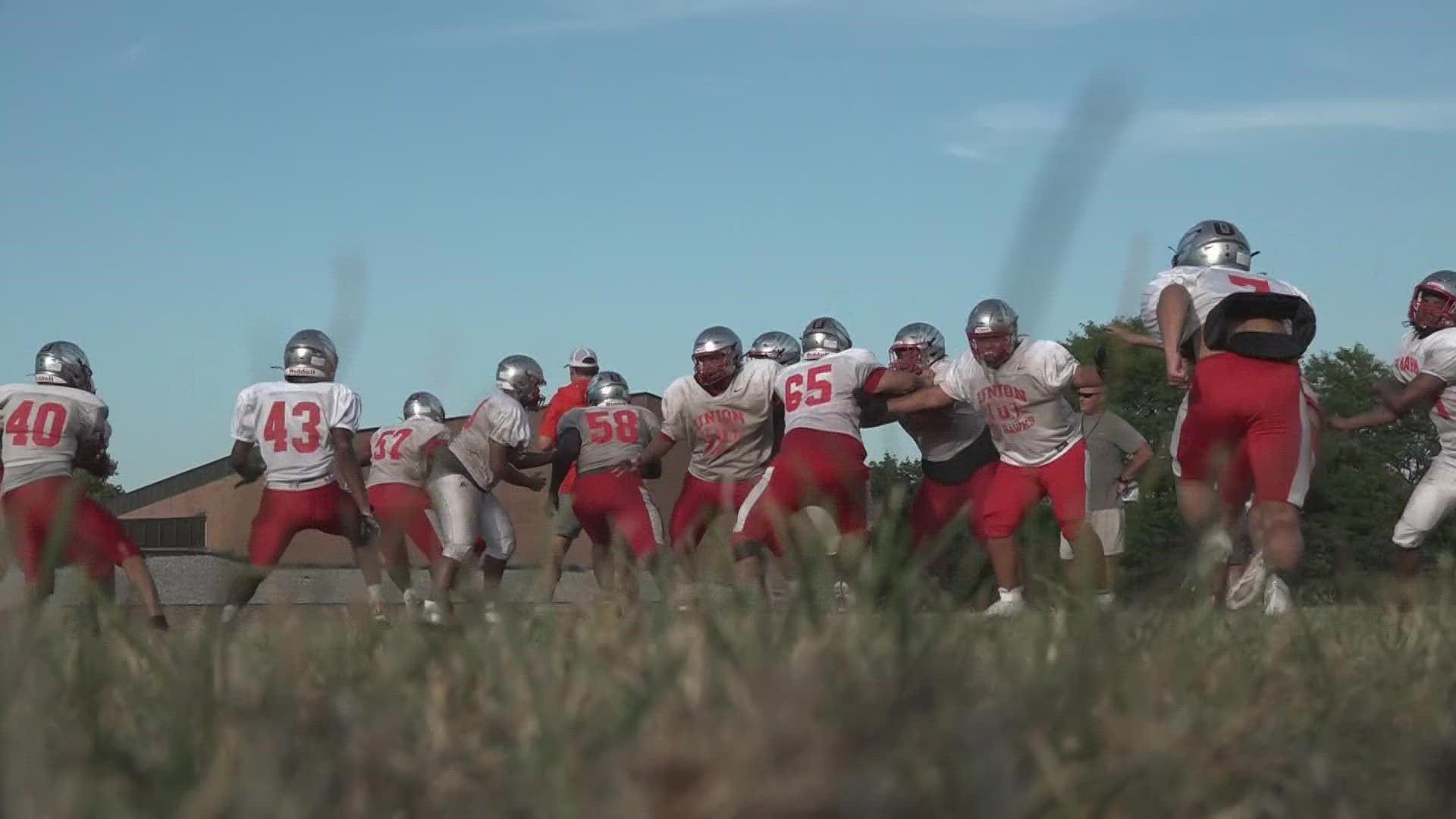 Grand Rapids Union High School's football program knows that reality all too well. Since 2006, the program has ten total wins and half of those came against programs that no longer exist. Furthering the futility, from 2015 to 2020, Union lost 45 straight games, which added up to 1,862 days without a win.

But 2021 has been polar opposite, so far. The Red Hawks are off to their first 2-0 start since 1998, thanks to the implementation of a new coaching staff, which is bringing a philosophy of helping players feel what it's like to win off the field so they're able to find ways to win on it.

"We have really good kids here," said Don Fellows, who's into his second season as head coach at Union. "Once I met with the players and realized their hearts and where many of them are at in life, I realized what they wanted most was to be loved."

Fellows, and several members of his coaching staff, have been traveling to several of the players' homes to transport them to and from daily practices. Fellows has also been providing meals regularly for many of the players who don't know where their next meal will come from.

"At the end of the day, I realized the opportunity to coach at Union for me was more about changing lives than football," Fellows said. "If we can provide the support for many of these players for their struggles off the field, those can feel like small victories that will help them want to experience that same feeling on the field."

"We're asking our players to do all the right things," Fellows added. "The days of just showing up on Friday night are done."

The majority of Fellows' coaching staff from Grand Rapids Christian followed him to Union, so there's championship-level expectations being conveyed every day to the players.

"We have a long way to go," Fellows said. "When you show real support to kids who may be without it, they don't have to worry as much about the struggles off the field, allowing them to build confidence and trust themselves more during games."

Since Fellows took over at Union in 2020, the entire program has grown to 175 student-athletes, including 37 freshmen.

Union will have its work cut out in weeks 4 and 5. The Red Hawks host two-time Division 2 state champion Mona Shores this Friday night, then they travel to Muskegon to face the Big Reds for a September 17th matchup.