In his first extended one-on-one since leaving office, the former congressman talks about a wide array of issues. 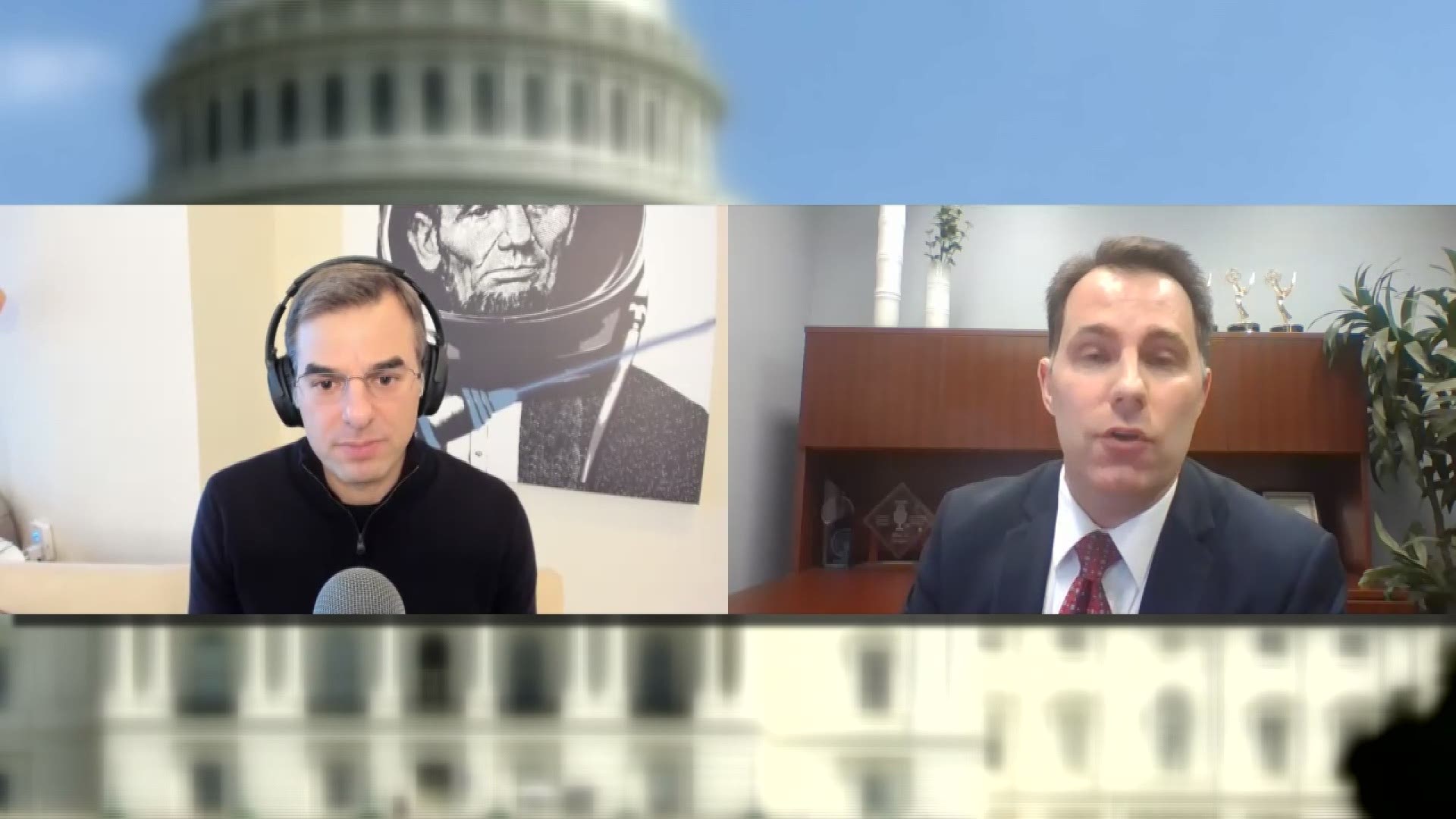 GRAND RAPIDS, Mich. — When Justin Amash first went to Congress ten years ago, we were all in a very different place. Our country was not in the middle of a pandemic. Donald Trump still had a TV show and Amash was still a republican.

In his first extended one-on-one interview since leaving office, the former congressman talks about his decision to not run for re-election or president. Donald Trump, his successor, the conversation with a Capitol Police officer that still haunts him, if he'll ever run for office again and much more.

LaFave: "How are you spending your time?"

Speaking from his Grand Rapids-area home, the now 40-year-old, Justin Amash reflects on how things used to be and how they are now in the shadow of Donald Trump and the aftermath of his presidency.

Amash: "What we have today is a party that is totally unhinged."

Amash says the pillars of fiscal conservatism, economic freedom, individual liberty and limited government have given way to theatrics.

Amash: "You've got new members of Congress coming in and it's mostly just political theater. They're just acting for television. I don't think they care much about conservatism or libertarianism or any other 'ism'. It's just about playing a game, acting for the television so they can get on FOX News at night or MSNBC at night or CNN at night. And that's really disheartening."

Amash says the Democrats have also gone further to the extremes.

Amash: "I think the Democratic Party has moved to the left since I came to Congress. I think the Republican Party is in a worse place now. But that's not to say the Democratic Party has been improving over the last several years. I think they have been moving in the wrong direction, too. And this is a problem for our country; that you have two parties that are moving toward the extremes, toward hyper-polarization. And we really need to get back to working together"

And, he says, away from the theatricality. Brought on, Amash says, by the coalescing of power around three offices.

Amash: "The president, the senate majority leaders, the speaker of the house - they basically run the place, they basically decide everything. And that's not the way our system was designed. And I want to make this is clear: members of Congress have not had the ability to freely amend legislation on the House floor since May of 2016. And as long as you have that system, you'll get so much of the dysfunction we have now, the theatrics in congress, an overreaching executive."

The result of which, Amash says, is a broken Congress.

Amash: "At this point, most members of Congress don't have anything to do other than theatrics. They don't actually have work in the way that people think they do. Because they know they don't have to participate in the legislative process, they're not going to amend legislation, why would they bother to read the legislation? Why read if you know you wont participate anyway? They end up mailing it in."

LaFave: "Do you think you'd still be in Congress if Donald Trump hadn't become president?"

Amash: "That's a tough one to answer. I never planned to serve beyond 10 or 12 years...I'd had conversations with people before Donald Trump became president about leaving the republican party."

Which he did, in a 2019 Independence Day op-ed in the Washington Post.

Amash: "And even perhaps not running for Congress because I could see the breakdown of the institution."

He says it was the breakdown of the legislative process that was driving him away.

Amash: "I'm a lawyer at heart. I went to Congress to read legislation and work on legislation. And when that aspect was totally taken away...I was like 'what am I doing here? I have a family and kids. Why am I doing this?'"

He acknowledges however that Trump and 'Trumpism' may have accelerated his decision to leave.

Amash: "Because then you had a total breakdown. People I thought I knew became different people. So it was a tough last several years and I don't know that I would have stayed even if Trump had not become president. And if they don't fix the way the legislative process works, people are going to continue to feel this way. People who actually want to legislate are going to feel this way. and the people who you will attract to congress are the actors and you're going to send away people who actually want to legislate."

Before he left Congress, Amash briefly explored running for the Libertarian nomination for president.

LaFave: "Why did that not move forward? Was that largely due to the pandemic?"

But before that, again, Donald Trump had an impact.

Amash: "Because I wasn't interested in being the guy running for president on the impeachment platform. And I was worried that's how it would be perceived."

Not long after, COVID-19 hit American shores and citizens. Another reason Amash says he decided against running.

Amash: "I also thought that was not a good time to launch a president campaign for multiple reasons. First, I need to care for my district."

Today, Amash is still advocating for the Libertarian Party. Which he says has an opening because of what's become of the GOP and the Democratic Party.

In May 2018, Justin Amash was the first sitting Republican to say that Donald Trump had engaged in impeachable conduct. Later that year, after having left the Republican Party, he spoke during the impeachment as an independent after being granted time by Democratic House managers.

LAFAVE: "How did that come about?"

AMASH: "I asked for it. Given that I was one of the first members of Congress to speak out on this issue to say I think the president has overstepped here and done something impeachable I thought it was important to be on the floor. Especially given that people were claiming it was a very partisan impeachment. And I wanted to show people it wasn't just Democrats who thought the president's conduct was improper.

LAFAVE: "When you were watching the January 6th attack, what was going through your head?"

He also thought about the Capitol Police officers, who were overrun by the mob.

AMASH: "One I talked to in the week before I left congress who said we're undermanned, we don't have enough people. That conversation haunts me now."

Now citizen-Amash watches - like the rest of us - the happenings in Washington, and the people who are there.

LAFAVE: "What do you think of your successor, Representative Meijer?"

AMASH: "So far, I feel represented. And that's important. I feel like I have someone there who is willing to think critically and think independently."

Amash says the two talk occasionally. And while Meijer - like his predecessor - voted to impeach Donald Trump... Amash says that wont be the vote that tests him. It will be votes on issues for which there isn't much public support.

AMASH: "When you vote on impeachment, about half your district is for it, about half is not, So you will have a lot of support for it. so that's not the toughest vote. the tough votes are the ones where you have very little support for your positions. And that's because most people aren't really familiar with an issue the way you are. They're not reading the legislation. It's something more nuanced and technical."

LAFAVE: "You're a young man. Have you ruled out running for office again in the future?"

AMASH: "No, I haven't ruled that out. The time has to be right. Mood has to be right. Right now, if you talk about being in congress, at least in the house, there's not much functioning going on there. so lets suppose I went to congress again, the only thing it would provide me is a platform. in terms of the legislative work, you cant really do it. so, that's what I love about being a congressman, the legislative work, that's why I ran for office. and that's been gong for several years now. you can introduce legislation. but it's not going anywhere.

"I wouldn't rule out running for any position. I don't rule out things in life. people have asked me thins many times about running for president or this or that. I don't like ruling things out. I'll say i always keep an open mind and I want to help advance liberty in this country.'

Watch the full interview below: 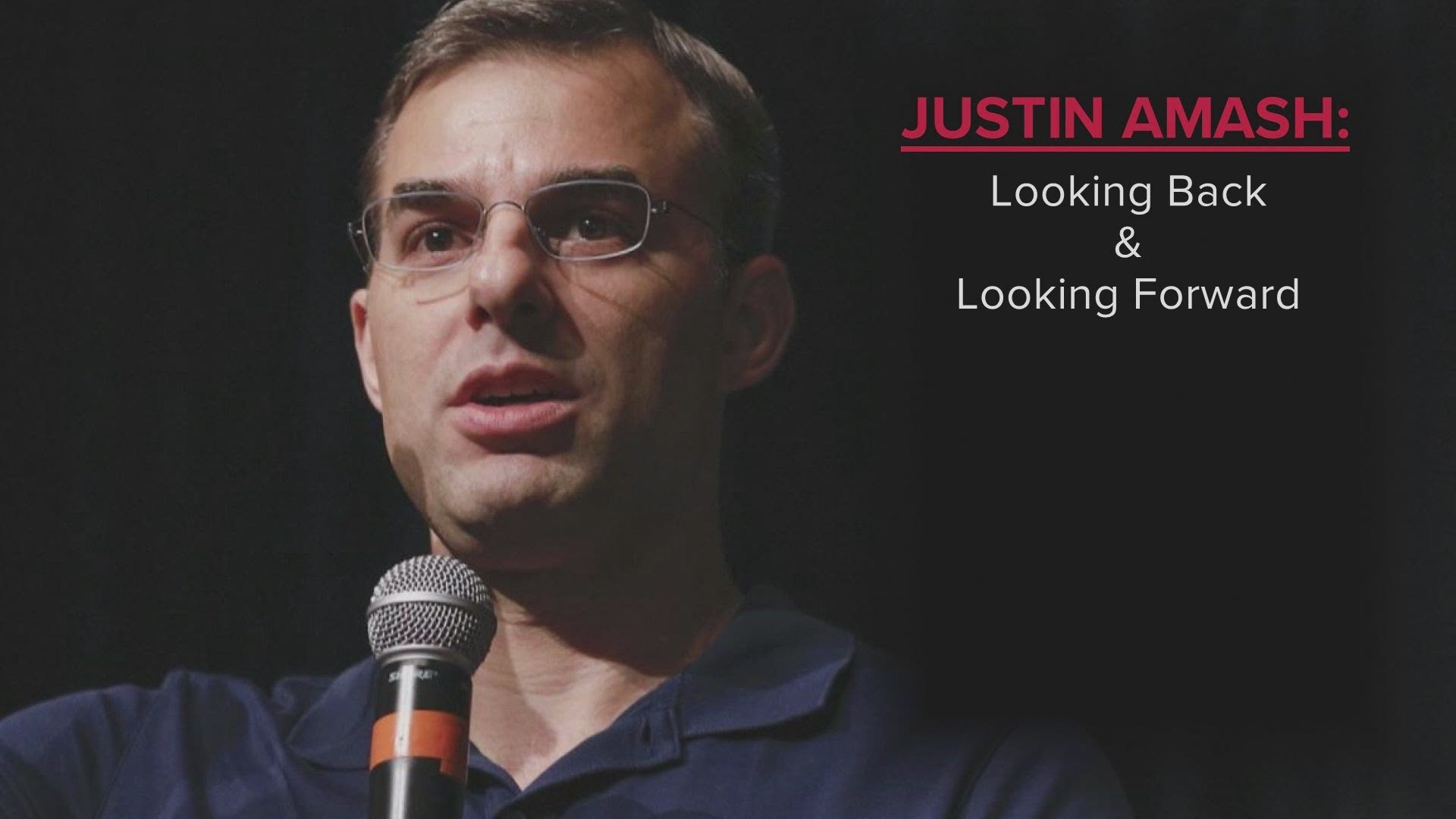 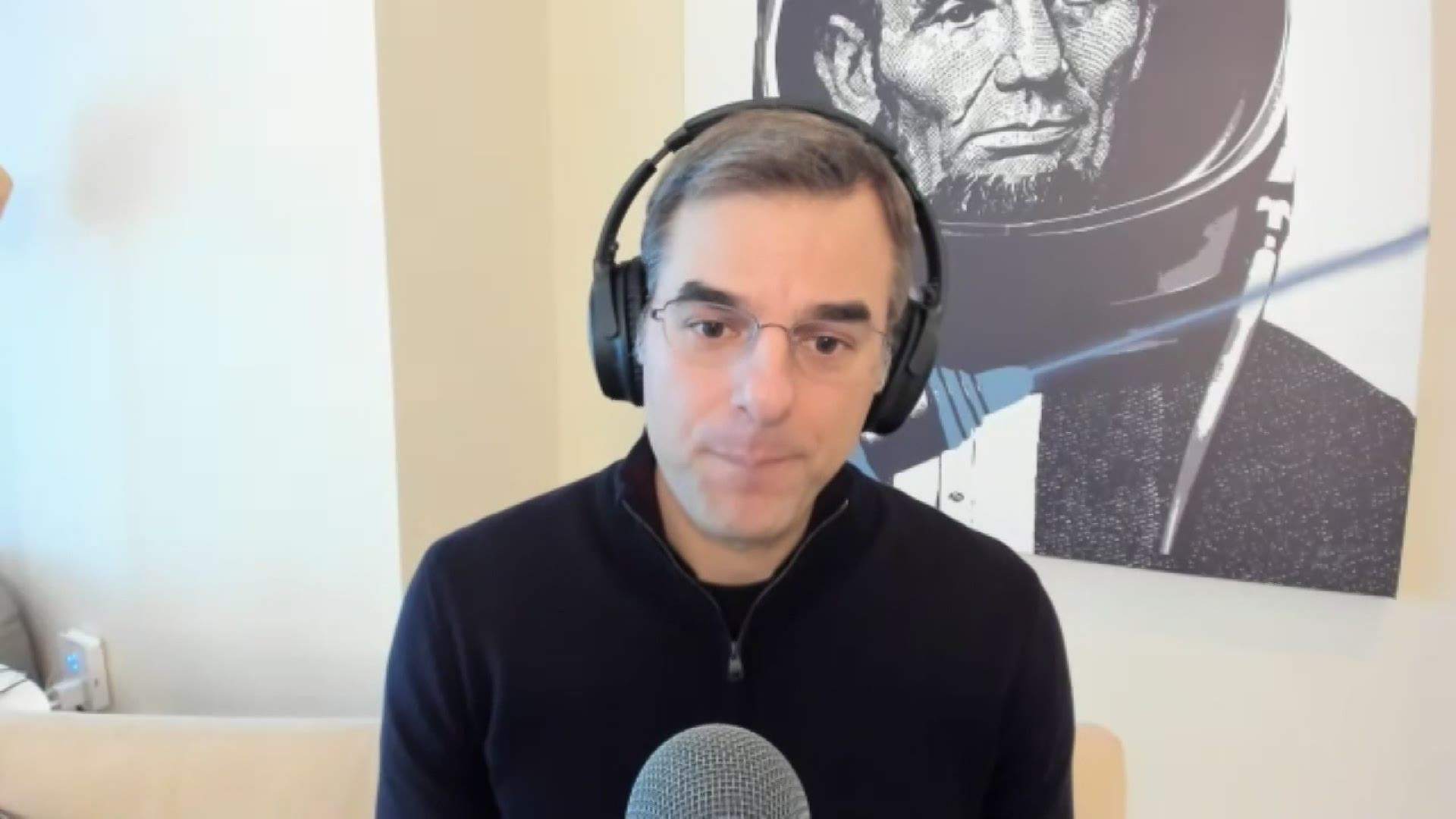