The Coroner's Office identified the victim as 27-year-old Tyler Gerth. Gerth is a Louisville native and Trinity High School graduate. 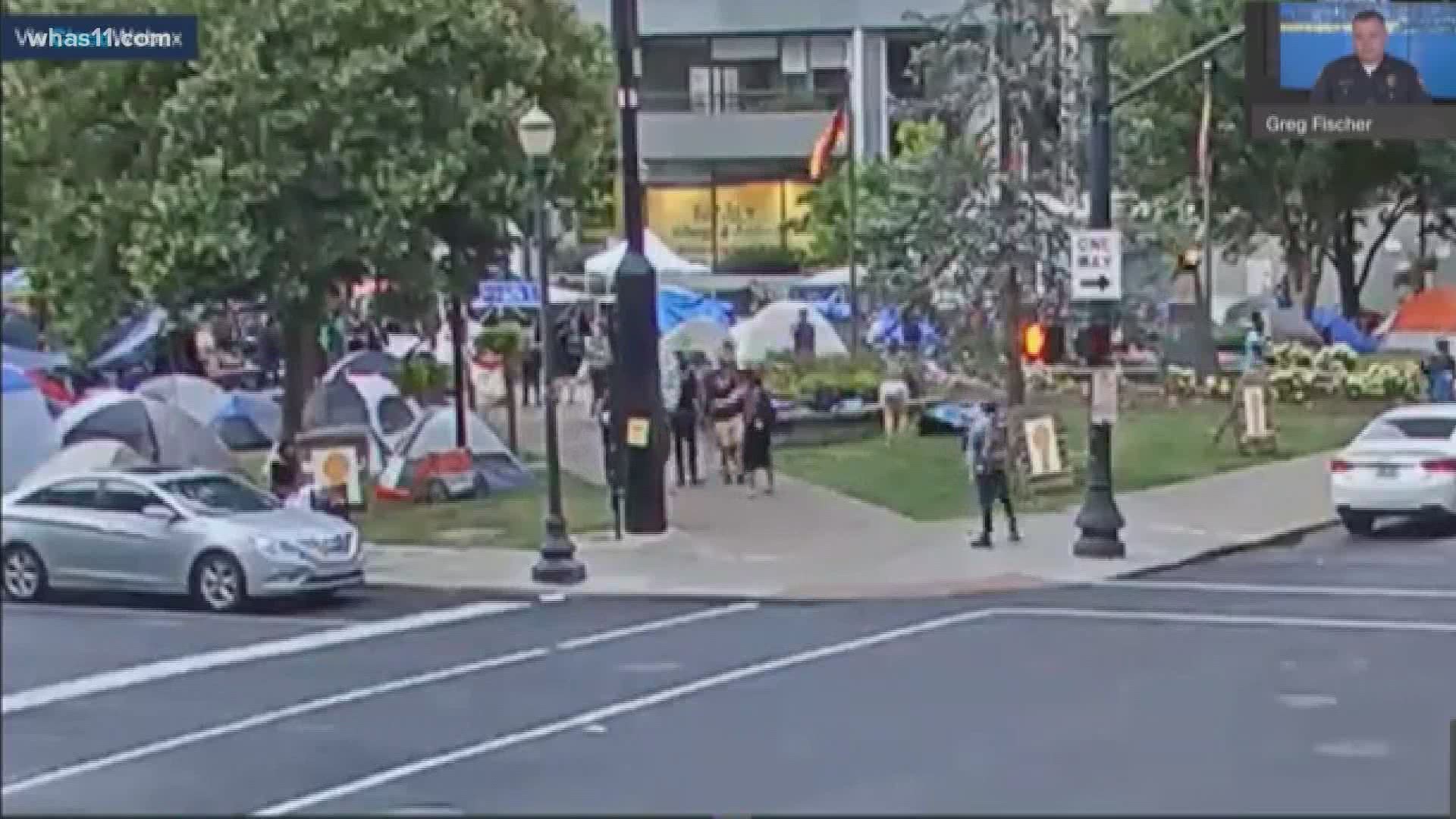 Gerth was shot and killed Saturday at Jefferson Square Park around 9 p.m. Police officers in the area started performing life-saving measures on Gerth but were unable to save him.

In press conference held Sunday afternoon, Mayor Fischer said he has been in touch with Gerth's family.

“It is difficult to comprehend why things like this happen," said Fischer. "None of us wanted to see this area of a peaceful protest to become a crime scene.”

The family of Gerth released a statement Sunday afternoon.

"Tyler Gerth (27), was a beloved son, cherished little brother, adored uncle to seven nieces and nephews and a trusted friend. We are devastated that his life was taken was from us far too soon. Tyler was incredibly kind, tender hearted and generous, holding deep convictions and faith. It was this sense of justice that drove Tyler to be part of the peaceful demonstrations advocating for the destruction of the systemic racism within our society’s systems. This, combined with his passion of photography led to a strong need within him to be there, documenting the movement, capturing and communicating the messages of peace and justice. While we cannot fathom this life without our happy, inquisitive, hardworking, funny, precious Tyler, we pray that his death would be a turning point and catalyst for peace in the city he loved so much. We ask for your prayers and that the Lord would draw close in our sorrow, but we also ask that his death is not just another statistic of senseless violence. “Darkness cannot drive out darkness; only light can do that. Hate cannot drive out hate; only light can do that.”

According to LMPD Interim Chief Robert Schroder, the man, who fired the shot that killed Gerth, is in police custody at University Hospital.

Schroder said the man had been participating in the protests since they began and had been arrested "a couple times" over the past weeks. Police are conferring with the Commonwealth Attorney’s Office for appropriate charges.

The man in custody, had been asked repeatedly asked during the day to leave the park by members protesting due to disruptive behavior.

The park, which has been the hub for a majority of the Justice for Breonna Taylor protests, was cleared out immediately following the shooting.

Police then cleared tents from the park, which protesters had been using to stay overnight. Going forward, police will only allow peaceful gatherings to continue during the day, but will not allow people to stay overnight.

According to LMPD Interim Chief Robert Schroder, the tents at the park could no longer provide a safe environment. When asked about the manner in which they were removed from the park, Schroder apologized.

“It was not our intent to damage anything removed, however, many of the items were treated in a manner less than our standards,” Schroder said.

In a statement early Sunday morning, LMPD PIO Sgt. Lamont Washington said, "We continue to support the peaceful exercise of free speech. However, our primary focus must be on public safety."

“We cannot let one senseless act by one individual derail that dream, that vision that we have as a city. I ask everybody to put whatever small difference we have aside… to work together for the change we want to see," Fischer said.

“We are deeply saddened by the loss of life of Tyler Gerth following the shooting in Jefferson Square Park on Saturday night. Violence is never the answer. The Metro Council is listening to the community as we move the city forward following the deaths on Breonna Taylor and David McAtee. We are still in support of peaceful protesting and plan to review all that has happened over the weekend in the park. For now, our thoughts and prayers are with the family and friends of Mr. Gerth.”

RELATED: 'It's a comfort to us to know that Tyler was fighting for what he believed in': Tyler Gerth's sisters honor his legacy