Kenneth Isaacson, a Kalamazoo man, wants to bring the spirit of Christmas to children living in homeless shelters. 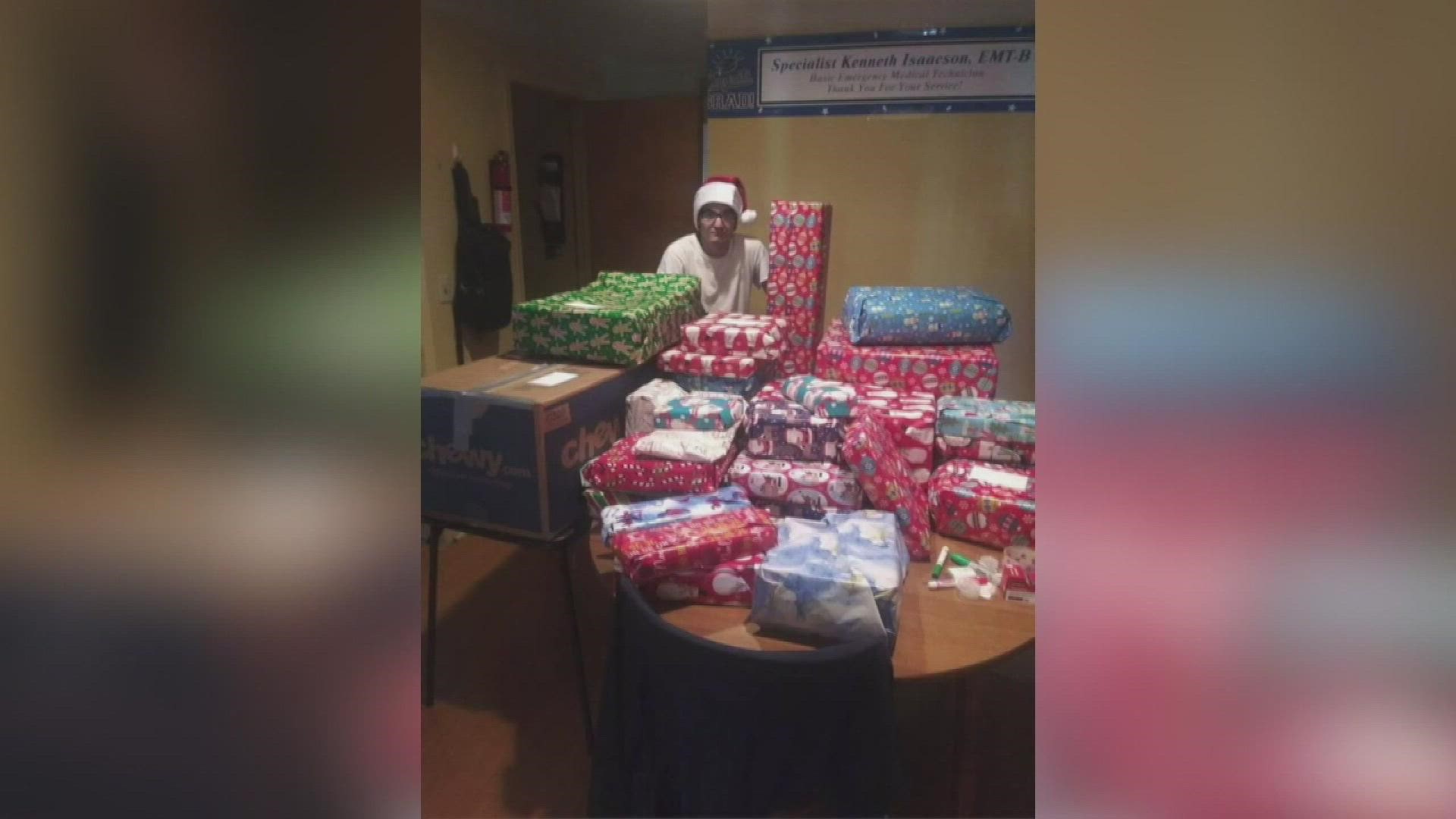 GRAND RAPIDS, Mich. — A Kalamazoo man known as "Kid Santa", who delivers gifts to kids in the Detroit metro area for Christmas, is now expanding his efforts to West Michigan.

Kenneth Isaacson started collecting donations and delivering them to kids in need when he was just a teenager.

Now with the initiative in its fourth year he wants to make an impact closer to home.

Kenneth is an EMT living in Kalamazoo but working in Detroit. He was brought to the U.S. from Russia as an orphan.

In 2018 he decided he wanted to make a difference by bringing Santa to children in homeless shelters.

He started working an extra shift at work every week to pay for gifts.

Kenneth says last year, because of the pandemic, requests for presents boomed. He delivered toys to more than 200 kids in the metro Detroit area and now he’s bringing "Kid Santa" to West Michigan.

But because he donated money from this year’s fund to families after major flooding in Detroit this summer, he needs our help building up that money again.

“Any kind of help is truly appreciated, it takes an awful lot to a pull something like this off its people, its finances, its places to store these gifts, its logistics, it's systems of the process it, there's a lot that goes into it. And I don't want to be put in that position as I described earlier. I have to pick and choose who receives things and who does not," Kenneth said.

He plans to continue the work for as long as possible.

If you would like to help Kid Santa bring Christmas to children in need living in West Michigan, click here or reach out to Kenneth at kennethlisaacson@gmail.com.