May 13, 2020 marks the 40th anniversary of the tornado that swept through Kalamazoo, killing 5 people. A resident weather-chaser describes that day. 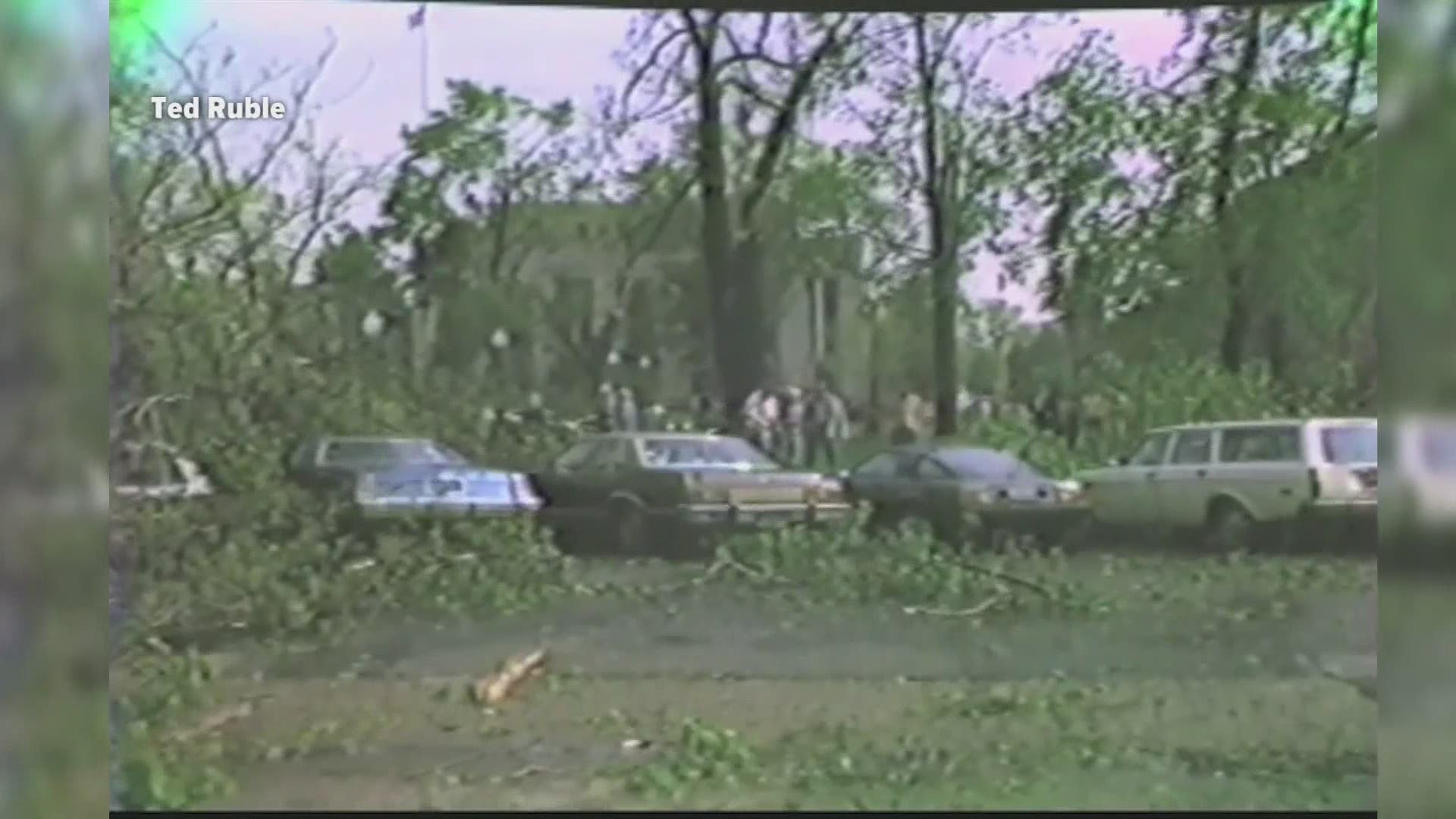 KALAMAZOO, Mich. — May 13, 2020 marks the 40th anniversary of the killer Kalamazoo tornado, which changed the lives of many of the city's residents. The tornado tore through the heart of downtown Kalamazoo, carving an 11 mile path of destruction.

A Kalamazoo-born weather documentarian can't help but reflect on that fateful day, which claimed 5 lives, injured 79 others and caused $50 million in damage. 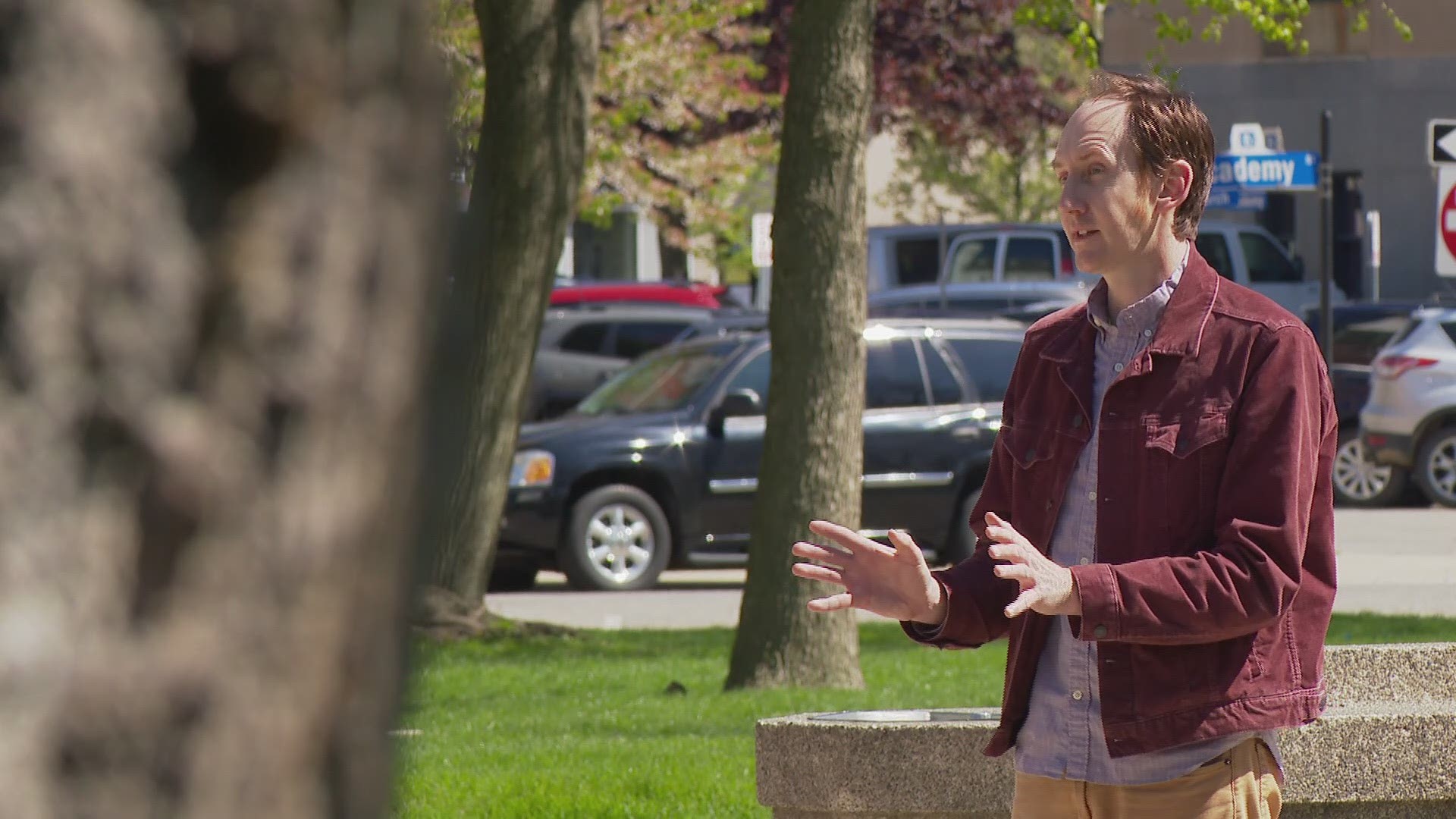 "May 13, 1980 was a classic weather day in the upper Midwest, especially in southwest lower Michigan," said Blake Naftel, who lives in Kalamazoo and is a national weather reporter for AccuWeather. "A tornado watch was issued at 2:30 in the afternoon."

Two hours later, downtown Kalamazoo, and many of the surrounding communities were leveled. 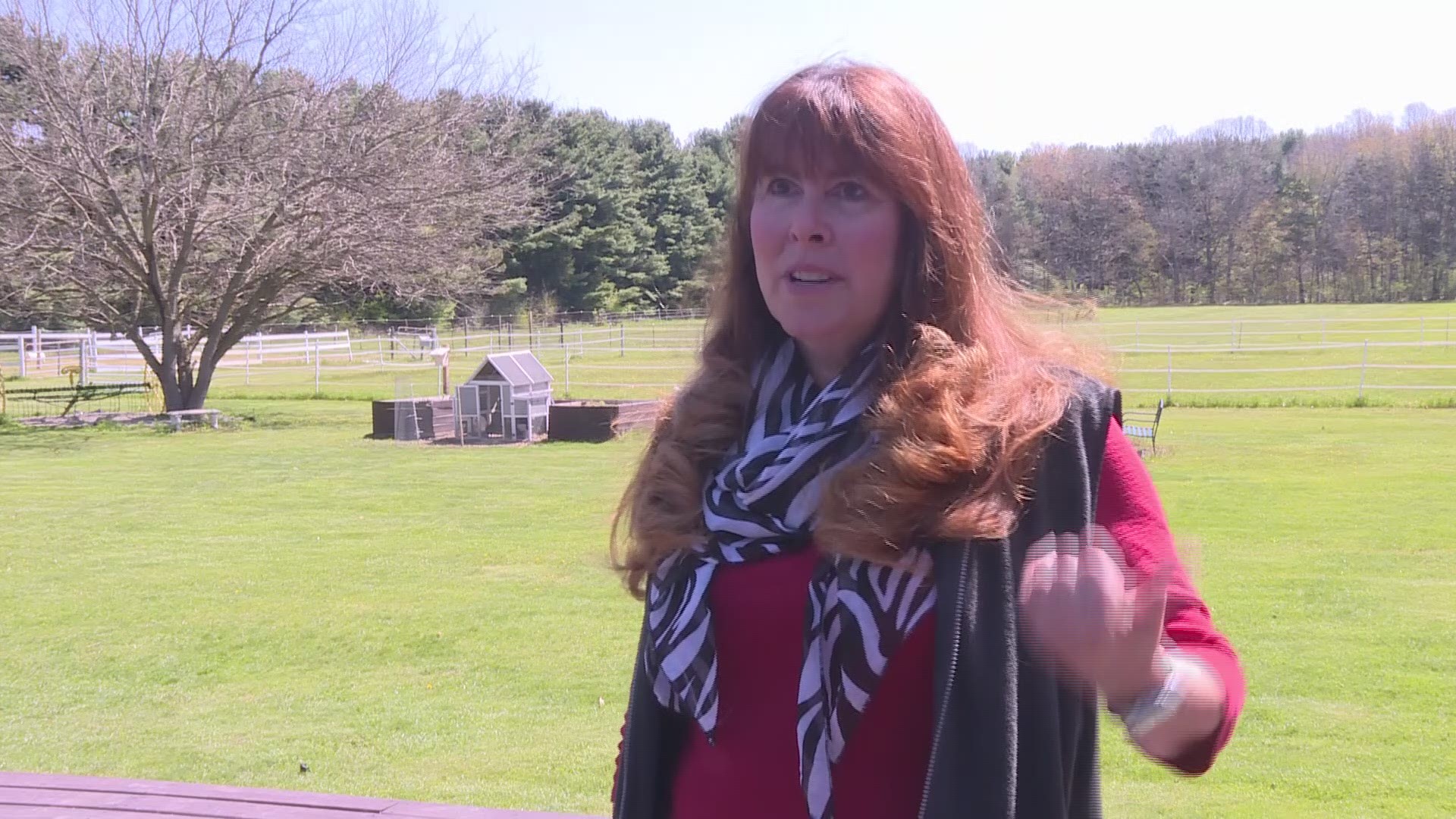 "Around 4:10 p.m., the tornado was forming and began paralleling M-43 and touched down near Drake St., north of West Main St."

Downtown Kalamazoo too a direct hit. Several century-old maple trees in Bronson park were toppled. Many of the buildings had all their windows blown out, and suffered massive damage.

"Keep in mind, this happened on a Tuesday afternoon," added Naftel. "People were at work and were completely caught off guard."

In the decades since the tornado, primary source footage of the tornado surfaced. It was shot by Kalamazoo resident, Ted Ruble who was a 24-year old employee at "The Sound Room" (a video and stereo store) in downtown Kalamazoo. 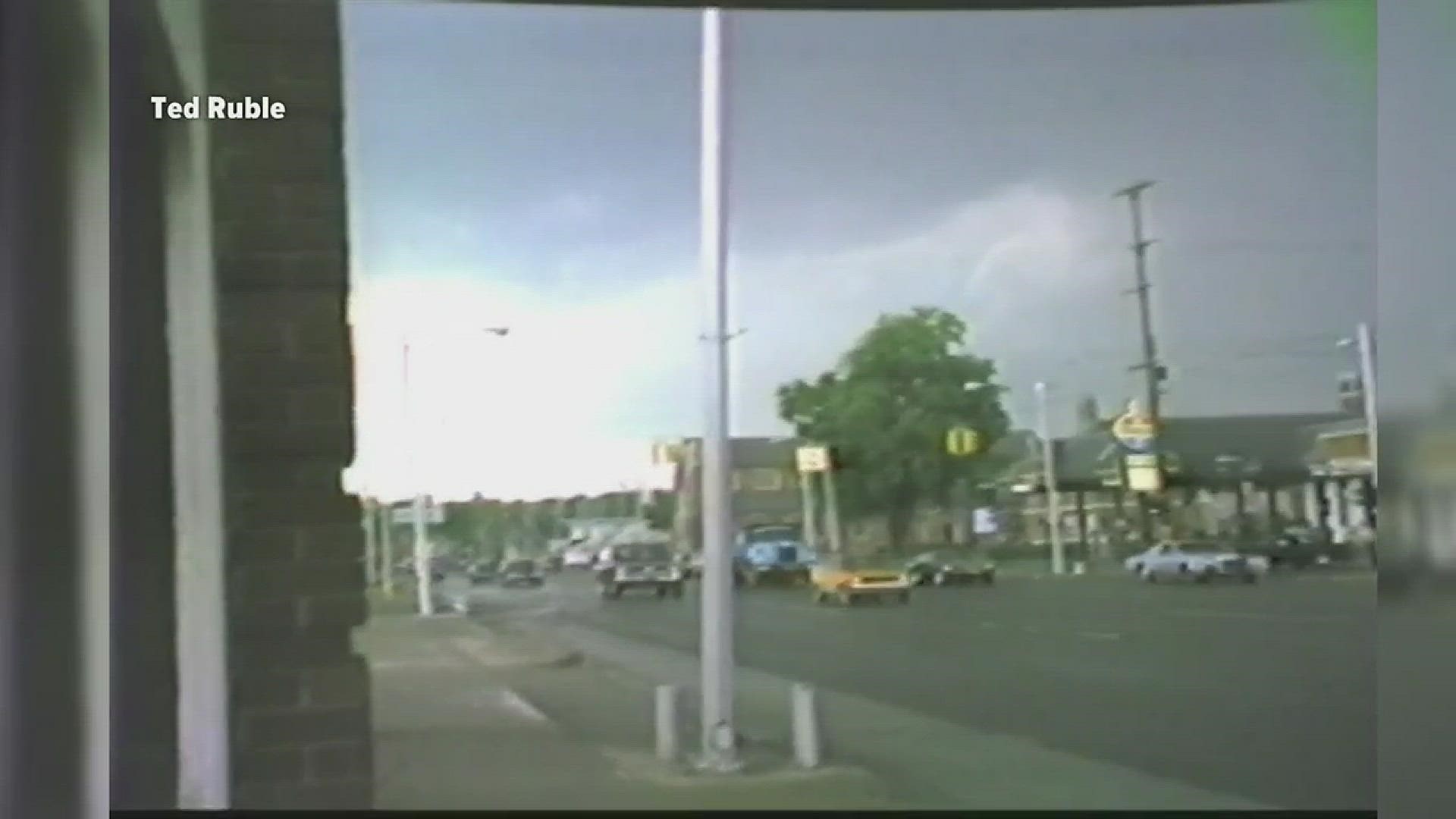 "He saw the sky turning a greenish-gray color on the northwestern horizon, so he grabbed an RCA video camera and a portable record deck from his store and went outside," Naftel explains. "Minutes later, the tornado appears and proceeds into downtown."

Ruble was in the right place at the right time. As you watch the raw footage, you can see heavy rain squalls, followed by a funnel cloud emerging over the buildings.

"The tornado was heading straight for The Sound Room," said Naftel. "You can hear the audio on the tape saying, 'Let's get out of here!'"

Ruble ran back inside The Sound Room, got on the intercom and told everybody to go to the basement.

"He kept the camera rolling the whole time," Naftel said. "Ted and his co-workers go to the basement, and you can hear the tornado go over.

"People were describing their ears popping.

The weather event lasted no more that two minutes, Naftel says. That's when Ruble and his co-workers emerged from the basement, went outside, and were greeted with the sight of utter devastation.

"His video shows entire structures caved in and roofs missing," says Naftel. "Debris everywhere, and people walking and running around, stunned and in a daze.

"Ted visually chronicled everything, minutes after it happened, with such precision."

Ruble's visual documentation of the Kalamazoo tornado, and it's aftermath, was the first amateur video tape of a killer tornado in the United States at that time.

"Looking at that footage today, it's amazing what he was able to capture in those moments after that devastating event," added Naftel.

13 On Your Side reached out to Mr. Ruble for an interview, but he declined.

"Forty years may be a long time, but for the people who lived through it, they remember it like it happened yesterday," said Naftel. "They instantly recall where they were, what they were doing and how the tornado impacted them." 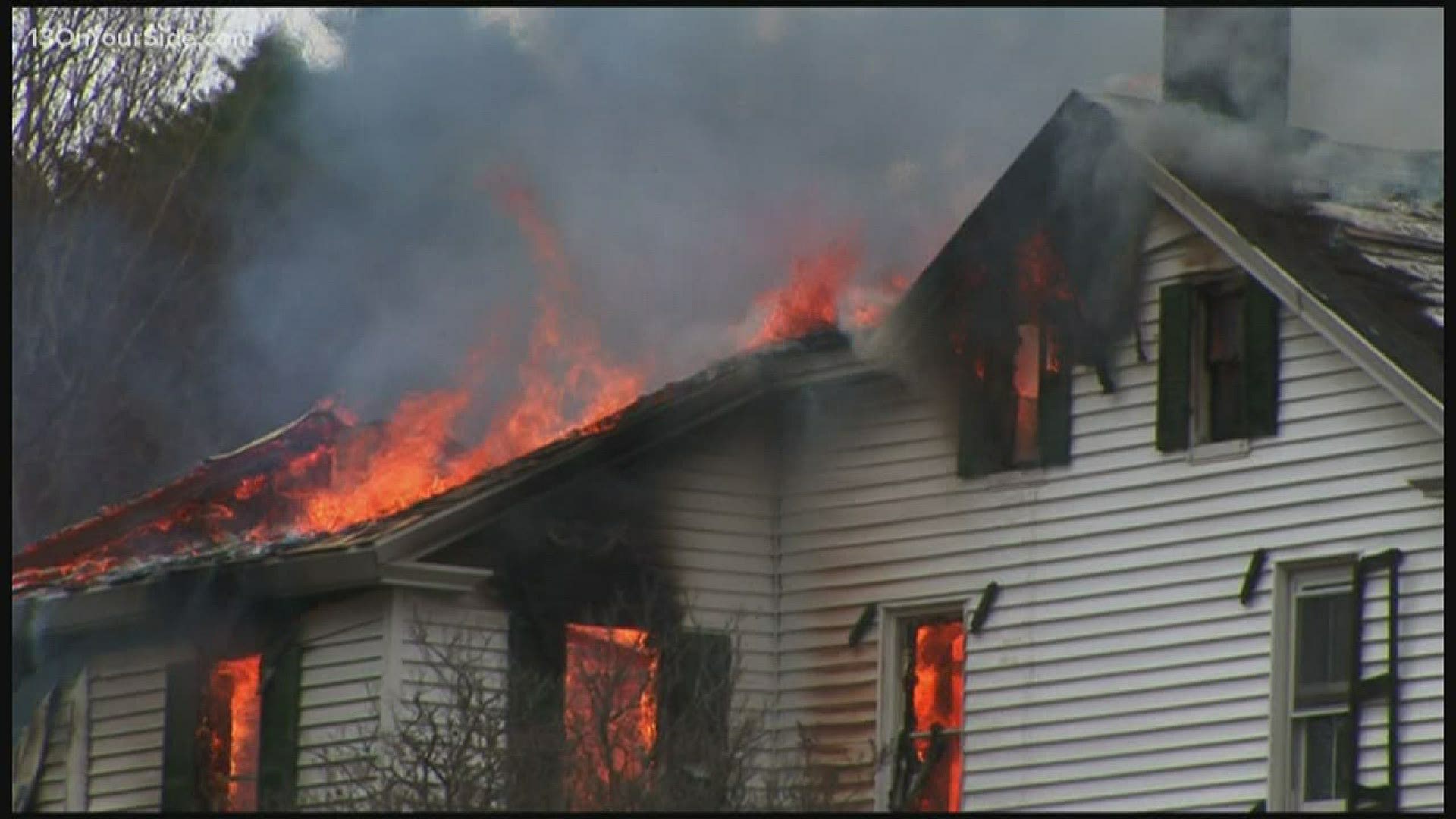