GVSU officials say since the route started, ridership increased from 700 riders a week to 8,000 a day. 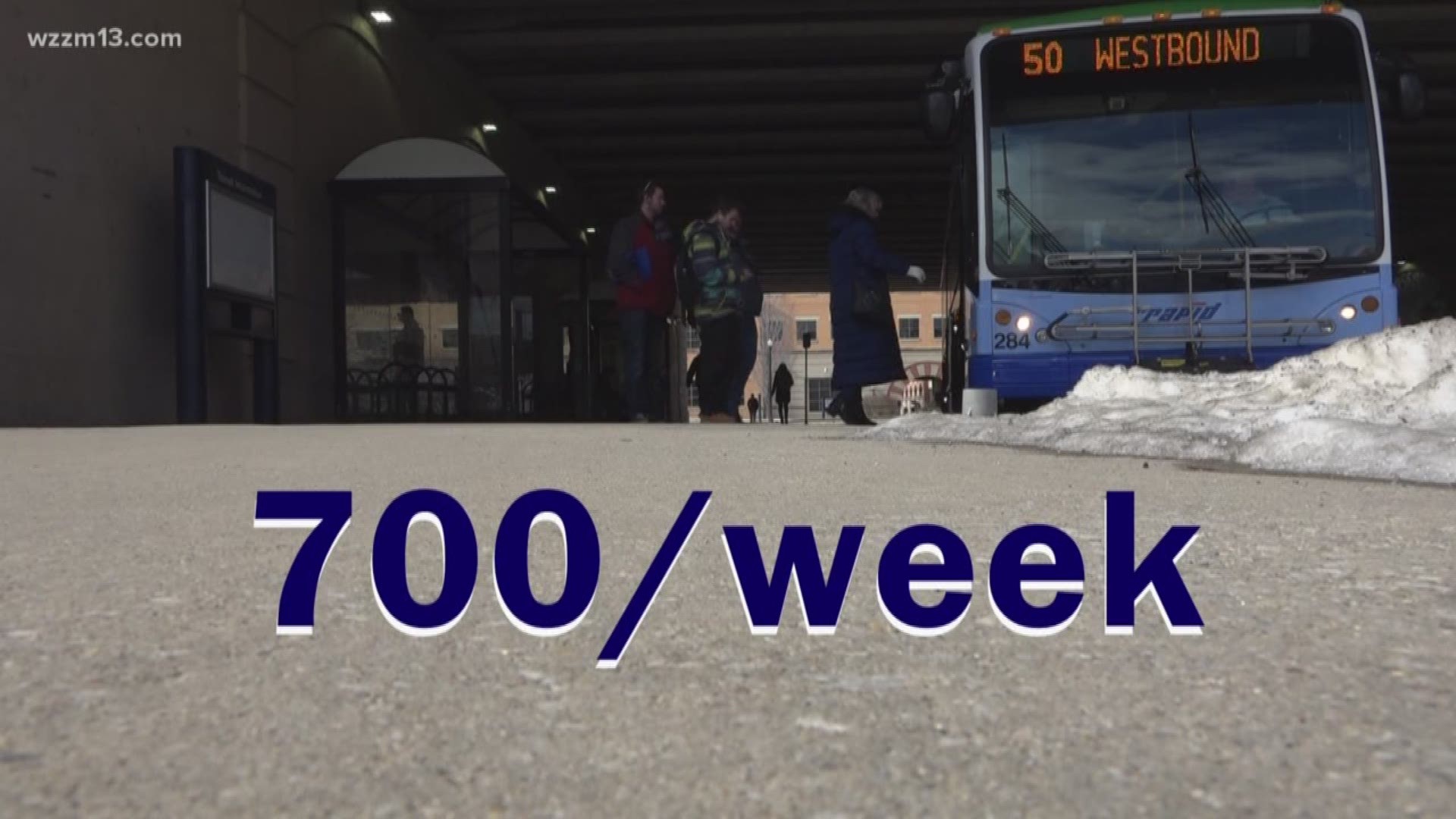 A $70 million project to improve travel between GVSU's two main campuses now has the green light. Government funding will help make the Laker Line between Allendale and Grand Rapids a reality.

Andrew Petter isn't a GVSU student, but he uses the current campus bus connection to commute into Grand Rapids.

"I live in Standale," he said as he waited for a friend to arrive off the bus. "During the busiest times of day it could become a problem."

GVSU officials say since the route started, ridership increased from 700 riders a week to 8,000 a day.

"We would have students, faculty, staff, community members waiting because the bus would be too full and they couldn't get on," Lisa Haynes the assistant Vice President of Operations for Pew Campus said.

Which is why efforts for the Laker Line were introduced and as of recently are coming into play. GVSU has received roughly $56 million in federal funding to complete the project. The state will be covering the estimated $14 million left.

"I think it's really important not just for Grand Valley students but for the community as a whole people," Scott Richardson, GVSU Vice President of Finance and Administration, said.

The Laker Line will connect the Allendale campus to the Grand Rapids one with 14 different stops. The fuel efficient buses will be much larger to fit more people and get everyone in and out faster.

Riders are happy to hear about this news.

"That definitely will foster a better community for bus riders," Petter added.

The Laker Line will be free of charge for students, residents will have to pay a normal bus fare. Construction is expected to start in the next few months and be done by Spring 2020.