WASHINGTON, D.C., USA — Recently, House Speaker Nancy Pelosi (D-California) installed metal detectors at entrances to the House chamber. Many Republicans are upset, and were reported to have either walked around them, or - in the case of West Michigan Representative Bill Huizenga (R-Michigan) - set them off while walking through, but continued on.

Rep. Bill Huizenga walks through the metal detector. He sets it off and keeps walking.

Now, Speaker Pelosi says she will impose fines in the thousands of dollars for anyone who disregards the metal detectors. The security screens went in on Tuesday after the attack on the Capitol last week.

Wednesday, Rep. Huizenga spoke about his incident with 13 On Your Side. He explained both what he says happened... and why he feels the metal detectors are both insulting and possibly unconstitutional.

"Without any notice. Without any consultation, Nancy Pelosi, late yesterday (Tuesday) decided that metal detectors needed to go in - not at the Capitol - literally at the doors of the chamber for the House of Representatives. To put members of Congress through metal detectors.

"Now, I can go to the White House - and this happened in the Obama Administration and the Trump Administration - where we don't go through metal detectors. Going to my own office, going into the Capitol there's no metal detectors that we have to go through. Now, suddenly we have to go through one onto the House floor? First of all, it's insulting. Second of all, there's a question on whether it's Constitutional. Because - let's take the example - I'm driving from Michigan... I cannot be detained in Pennsylvania for speeding or for any other issue, because the Constitution says that when you are on your way to a vote, you cannot be detained unreasonably. Alright?

"So, today (Wednesday) what happened is - because of COVID protocols these 15 minute votes are becoming 45 to 60 minute votes. We each have this timeslot we're supposed to be going to and if you miss your timeslot there's a catchall at the end. So, I missed my timeslot because I was doing things like this, doing some interviews. So, I went towards the end. Well, they were getting close to closing the board, shutting down the ability for members to vote. I'm behind my chair of the Financial Services Committee, Maxine Waters, who apparently does not know how to go through a metal detector, who's trying to figure out what she needed to pull out of her purse, and she was standing there having this conversation while I can hear them in the House chamber, which is literally two steps beyond that, that they're getting ready to close the vote. So, as she's standing there and debating about what she needs to do, I pulled my phones out, showed them to the Capitol Hill police officers and walked through and went to vote and make sure that West Michigan's voice got heard.

"So, there's a couple of problems with this - on top of the fact that it is literally political theatre. Members of Congress - who were ready to defend the House chamber in hand-to-hand combat if necessary - are not the problem here. Why are you going through this political theatre trying to set up more division and derision within the House of Representatives, and yet call for national healing and unity. That doesn't make a lot of sense to me. It's all political theatre."

Many other GOP members were seen screaming at and arguing with Capitol police over the metal detectors. Rep. Huizenga was not one of them. But, freshman Republican Rep. Peter Meijer of Grand Rapids was quoted saying to officers, "I am sorry some of my colleagues are being assholes."

Punchbowl News: Rep. Peter Meijer, a newly elected Republican from Michigan, apologized to the police for his GOP colleagues who freaked out about the metal detectors installed to protect them. "I am sorry some of my colleagues are being assholes." 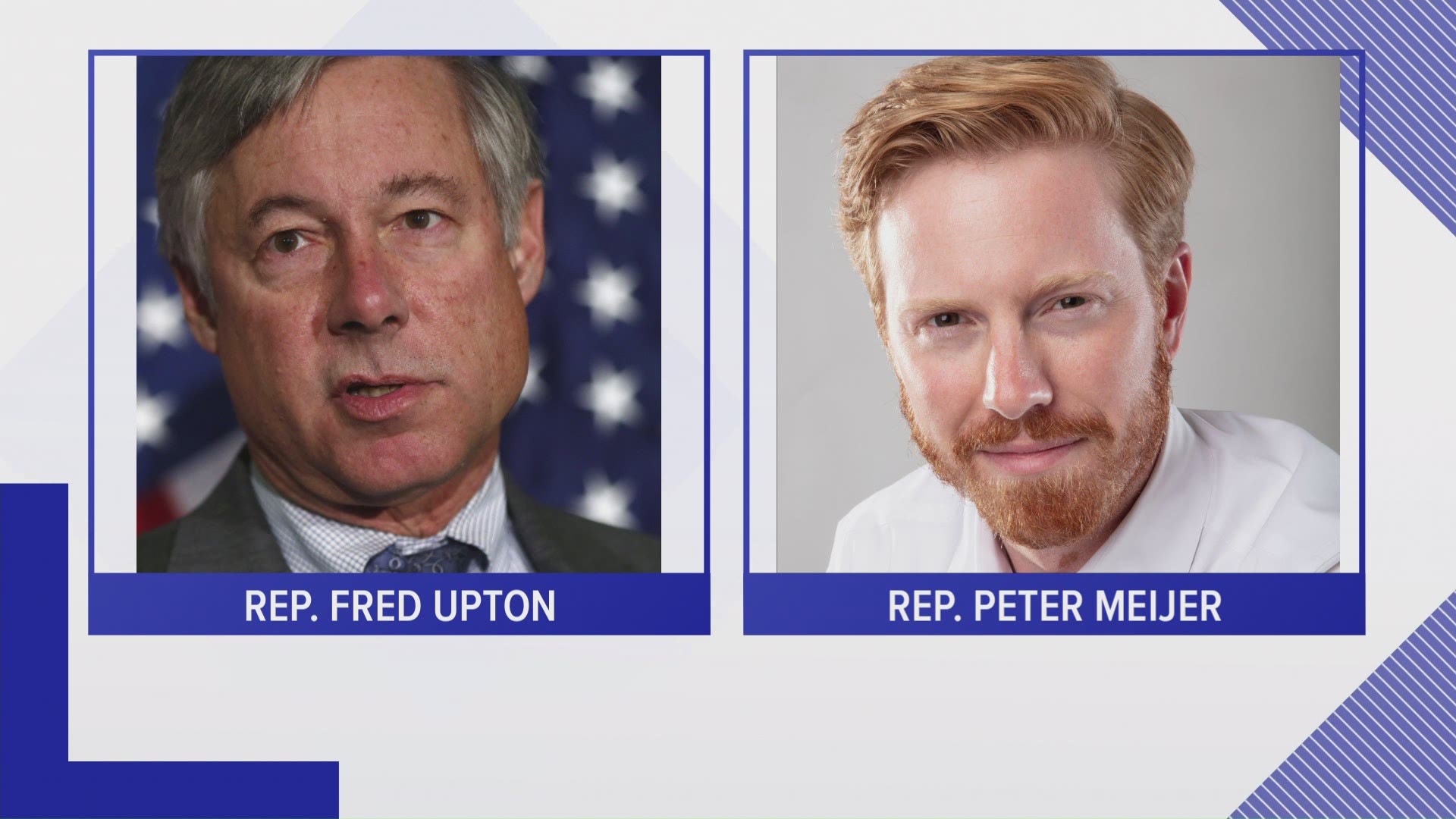