He's getting his NBA shot. 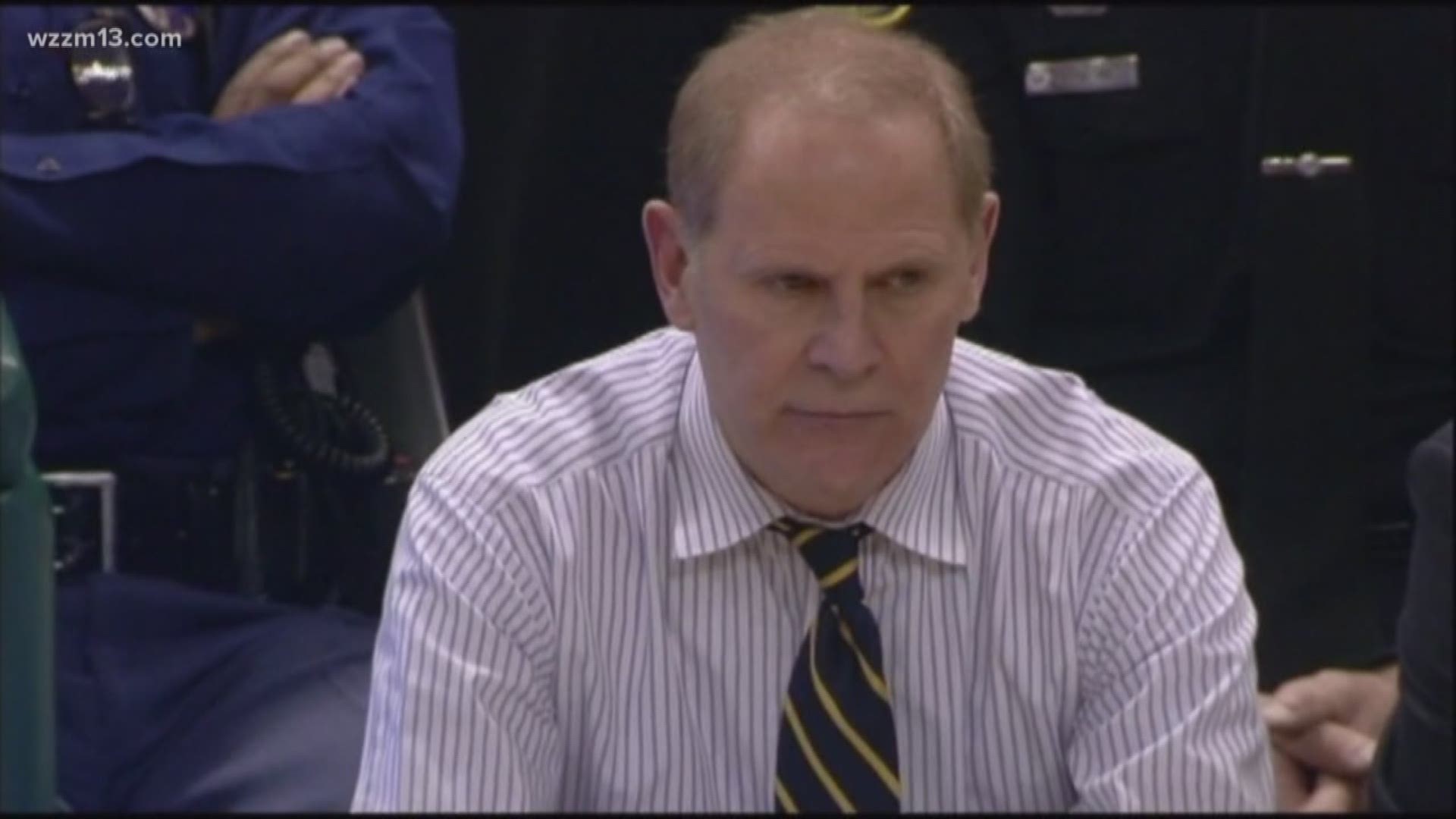 CLEVELAND  — John Beilein has spent a coaching lifetime taking ordinary programs and turning them into consistent winning ones.

He's getting his NBA shot.

The Cavaliers ended a monthlong search Monday by hiring Beilein, a 66-year-old offensive mastermind who made Michigan a perennial powerhouse and now takes over a rebuilding project in Cleveland. Beilein got a five-year deal with the Cavs, who believe he can make the successful leap from campus.

Beilein's signing is somewhat surprising given his age, lack of pro experience and because the Cavs, who have had six previous coaches since 2009, had been speaking almost exclusively with younger NBA assistants during their interview process.

Beilein isn't the safest pick or the sexiest, but Cavs general manager Koby Altman said he precisely fits the coaching profile he wanted.

"We interviewed several strong and talented candidates who, no doubt, will get an opportunity to become an NBA head coach somewhere down the line," Altman said. "Following the end of those interviews, it became clear to us that Coach Beilein was the right choice and best fit for our franchise.

"John is one of the most accomplished and innovative basketball minds and leaders in the entire game. He has a unique ability to create an outstanding culture that will promote the development of young players and provide a solid structure to the entire program; not to mention the fact that John Beilein wins everywhere he goes."

From Nazareth College to LeMoyne to Canisius, Richmond, West Virginia and finally to Michigan, Beilein has built a strong reputation for developing young players and teams. He's one of only four coaches to take four schools to the NCAA Tournament, and he leaves Michigan with the most wins in school history.

The deal with Beilein came together quickly in the past 24 hours and was finalized Sunday after the Cavs had spent the weekend in Denver interviewing several NBA assistants. Cleveland is expected to surround Beilein with an experienced staff, and it's possible the team will hire one of the other candidates as an associate head coach.

It took him nearly a decade, but Cavs owner Dan Gilbert finally landed a college coach from Michigan.

Gilbert, who went to Michigan State, had made an unsuccessful overture to Spartans coach Tom Izzo in 2009, and has now plucked Beilein from his alma mater's biggest rival.

"We could not be more thrilled to name John Beilein as the new coach of the Cleveland Cavaliers," Gilbert said. "First, John is a great human being. He cares deeply about his players and others who work for him and around him. ... John is a brilliant basketball mind and last but not least, John Beilein is a winner."

Beilein knows he has to work to do in Cleveland. The Cavs are coming off a stormy 19-63 season that followed LeBron James' departure for Los Angeles as a free agent last summer. Just six games in, the team fired Tyronn Lue, the only Cleveland coach or manager to win a major sports championship since 1964.

Beilein had entertained NBA offers in the past, meeting with Detroit and Orlando before choosing to stay in Ann Arbor, where he managed to make basketball more than just a passing diversion between football seasons.

"We shared some of the best moments of my life together and I will always be grateful for that," Beilein said about his time at Michigan. "At the same time, I felt very strongly about this new and exciting opportunity with the Cavaliers. ... I love the position the team is in to build and grow and this was something I felt was the perfect fit for me."

Cleveland's roster will get a major upgrade in next month's draft, and if the pingpong balls bounce their way again in the lottery, the Cavs could wind up with Duke All-American Zion Williamson, who electrified college hoops as a freshman.

The Cavs will have a 14 percent chance at getting the No. 1 overall pick, which they've had three times since 2011. Back in 2003, Cleveland selected James first and changed the franchise's fortunes.

Altman had spoken with numerous assistants before sitting down with Beilein last week in Ann Arbor. The team has long been impressed with Beilein, and there was a personal connection with him as he coached assistant GM Mike Gansey at West Virginia.

From the start, the Cavs wanted a coach who aligned with their vision for the future. They needed one who could work with young players, develop their games, get them to buy into the team concept and handle the inevitable growing pains.

Beilein's done that for 41 years.

The Cavs are taking a leap of faith that he can do it on a larger stage.