Investigators launched an investigation last month at the Rainbow Child Care Center on Edgewater Drive north of Lake Michigan Drive after receiving reports that a worker may have assaulted young children. 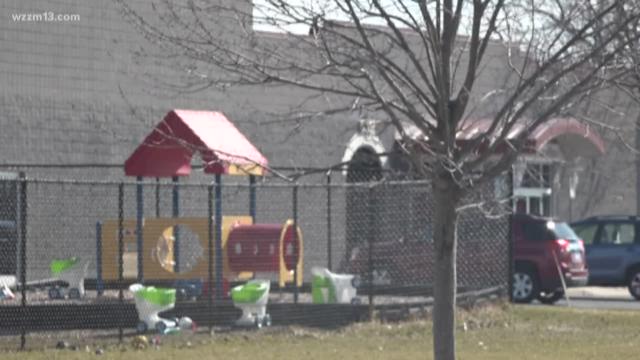 An Ottawa County child care center has been temporarily closed as a probe continues into allegations of abuse at the Allendale Township facility.

Investigators launched an investigation last month at the Rainbow Child Care Center on Edgewater Drive north of Lake Michigan Drive after receiving reports that a worker may have assaulted young children.

Emergency crews on Feb. 19 responded to a 911 call about a three-month-old who wasn’t breathing. The child was released to his parents after being treated at Helen DeVos Children's Hospital.

Two other incidents came to light in which parents raised concerns that children under the age of one were assaulted by a 22-year-old staff member. Ottawa County deputies say the children did not appear to be injured.

Rainbow Child Care, after learning of the concerns, placed the employee on administrative leave and notified state authorities, it said in a statement.

Rainbow Child Care released a statement on Friday regarding the temporary license suspension, saying it is “continuing to work with the state and appropriate authorities to address identified issues.’’

“We take the safety and well-being of the children in our care extremely seriously and will be conducting a full review of our health and safety measures,’’ Emily Weitz, corporate communications manager for Rainbow Child Care, said in a statement. “In the interim, we are offering families placement at our sister locations to help minimize the disruption of continuity to their child care curriculum and routine.”

The Allendale location received its license in Sept. 2014 and serves children from birth through the age of 12, state records show. Its capacity is listed at 150.

During an on-site inspection in late September, the center was found to be in compliance with all rules and statutes, other than a handful of exceptions. They include frayed and worn carpeting in some classrooms and dust on a closet exhaust fan.

There were 64 children and 16 staff members present during the Sept. 29 inspection.