The damage is estimated to be in the thousands and the person responsible did not come forward or even leave a note. 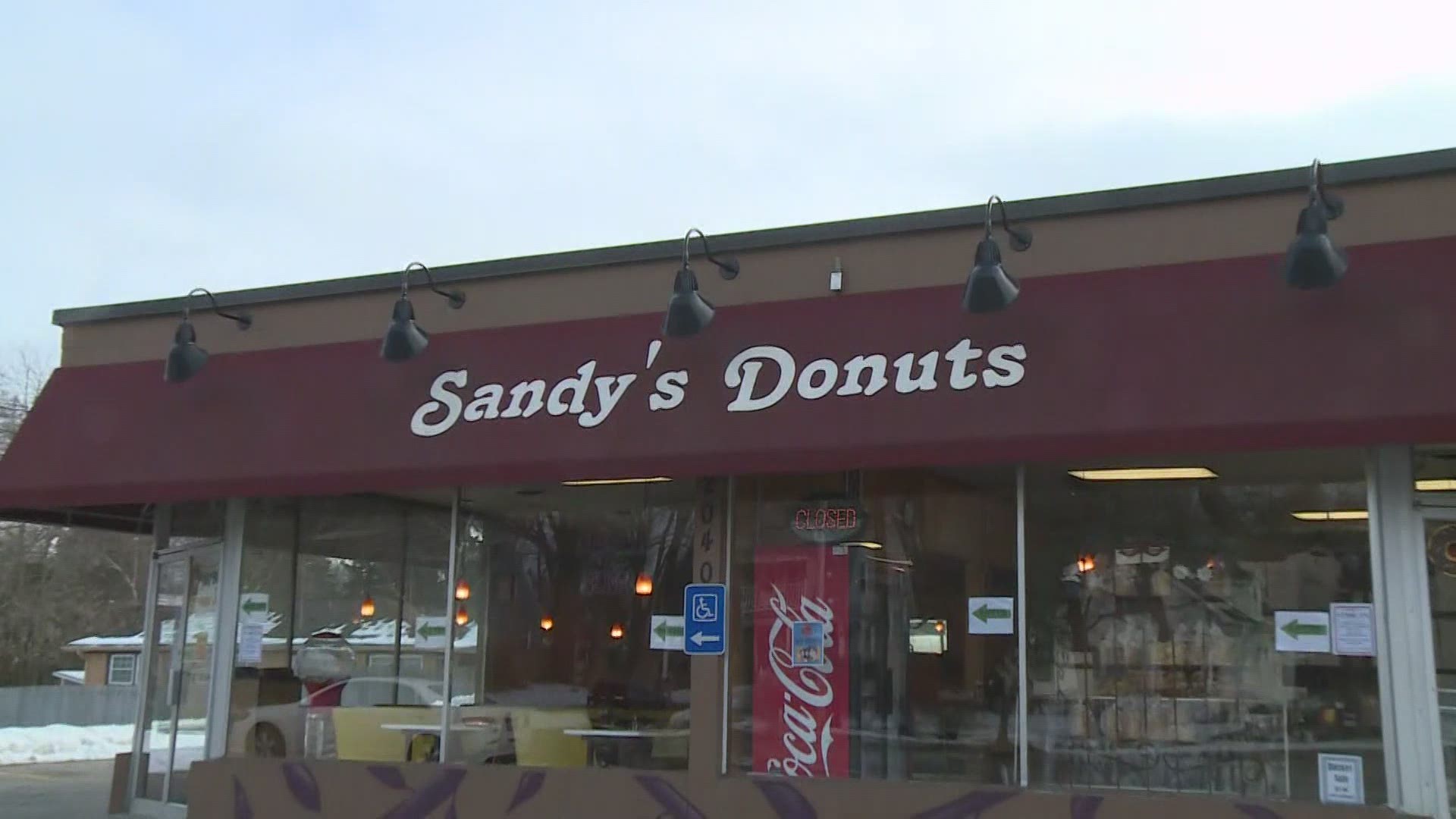 GRAND RAPIDS, Mich. — Sandy's Donuts has been around for decades but they've never seen a time like this.  The pandemic and a slow January were already a challenge but on Tuesday morning owner Anita Hoezee noticed something odd in the dark.

"I started moving furniture and realizing this is not just some debris that collected...it is a large movement," says Hoezee.

When Anita got a better look it was obvious what had happened -- someone drove their car into the building at such force that an entire row of the brick foundation was moved back.  The damage is estimated to be in the thousands and the person responsible did not come forward or even leave a note.

"That's what I was kind of frustrated with was if they were aware of it, which I think they would be, they would at least let us know or wait til we open to contact us, so that is what we hope someone can still do," says Hoezee.

A police report has been filed and customers offered to donate but the owners are not interested in starting a gofundme.

"There are so many needs out there right now for a gofundme, go fund those tremendous stories that are out there, love, love the support...but we would love of they would just come in and be customers," says Hoezee.