Some homeowners in Newaygo County may be out of their homes for months after record rains and melting snow caused flooding last week. 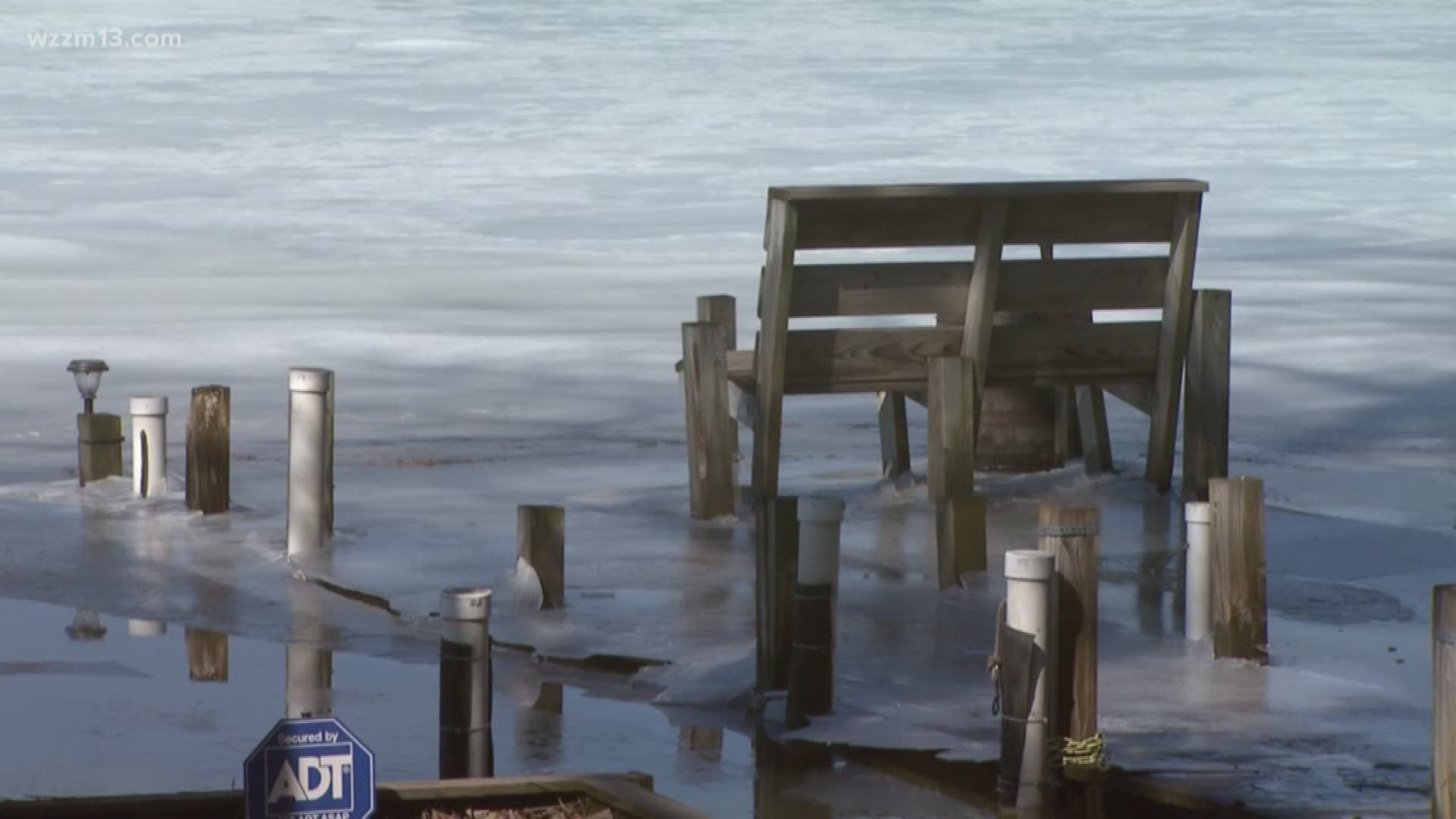 NEWAYGO COUNTY, Mich. — Newaygo County remains under a Local Disaster Declaration, and in some portions of the county it's still an active emergency.

Water levels on the White River and Muskegon River are receding. But the damage caused by 1.5 to 2.0 inches of rain that fell Thursday damaged 132 homes and businesses.

Many of the homes are on Big Martin Lake. The rush of rain caused the lake to join with Little Martin Lake. More than a dozen homes were significantly damaged, including the home of Laurie and Scott Higgins.

"It came in fast," said Laurie. In a matter of a few hours there was several inches inside the home.

On Monday, residents on Big Martin Lake were drying out carpet and other belongings damaged by the water.

It's expected to take months for the homeowners to make repairs.

"We are going to be renovating along with every neighbor we have," said Laurie.

Most homeowners likely don't have flood insurance to cover the damage. The Higgins do, something Laurie is thankful she insisted on getting.

"I grew up on the Muskegon River and I've seen the damage that water can do firsthand," she said. "I said if I live here I have got to have flood insurance; we are so close to the lake."

Newaygo County Emergency Managers are working to connect with all property owners who experienced flooding. If water reached a home's electrical outlets, the power should be shut off until an electrical inspection can be done.

RELATED: Be cautious when hiring a flood damage contractor

Other concerns are for septic systems and wells that may have been underwater.

"If your well head was submerged for more than one day or flood waters were around you well consider that contaminated because it can seep in," said Abby Watkins, Newaygo County's Emergency Management Director.

In those situations the well can be chlorinated to clear contamination.

Emergency managers are working with the Red Cross to pass out clean-up kits to homeowners impacted by flooding. Homeowners should also call their township's building inspectors and the health department.

Flood damage in Newaygo County should be reported on the county's website.