'There is a way forward': GR Mayor Rosalynn Bliss focuses on hope and change in State of the City 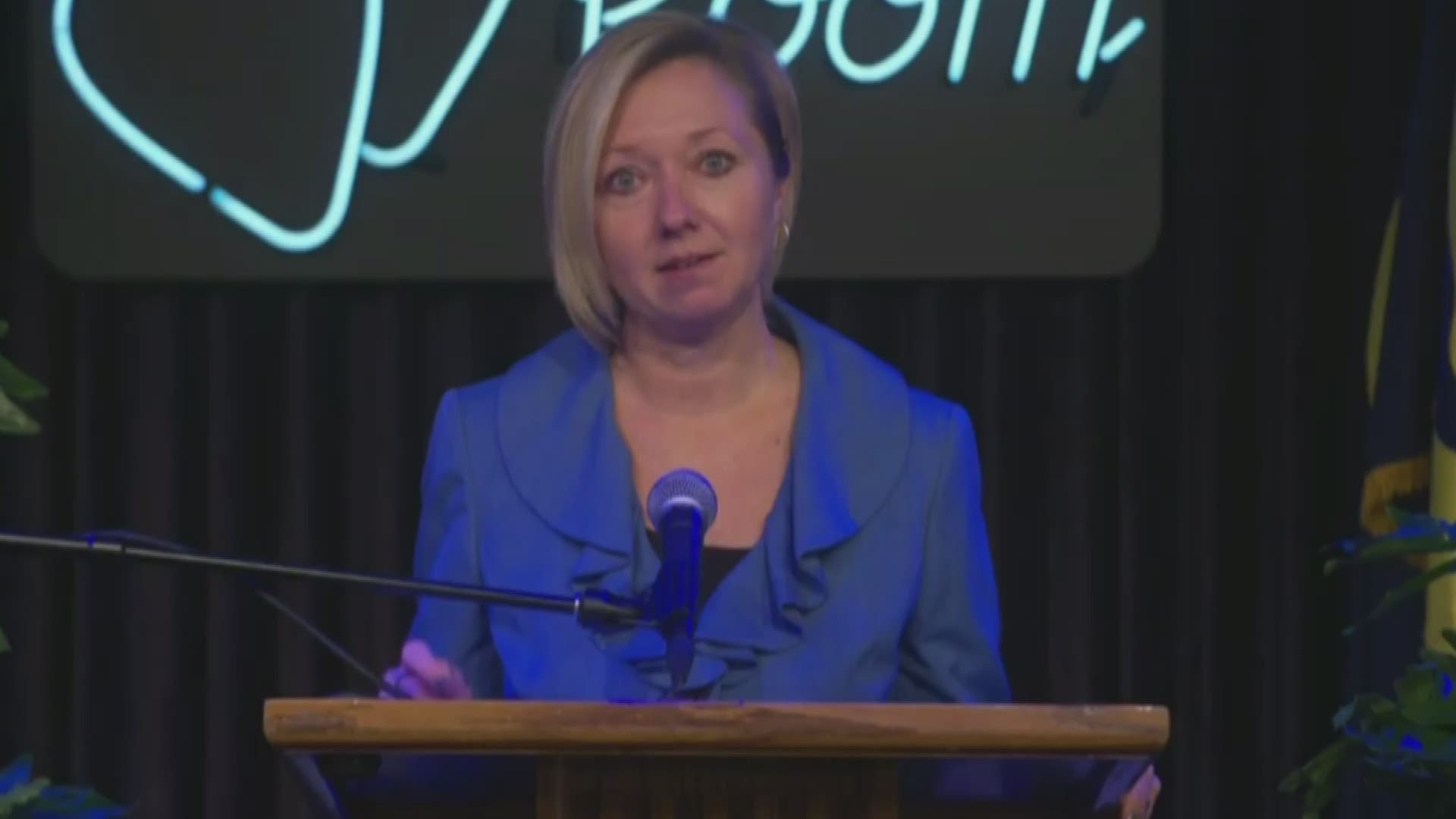 The annual speech provides an overview on the city's accomplishments from the previous year and goals for the upcoming year. Mayor Bliss focused on hope and moving forward after a tumultuous 2020.

"These aren't typical times," Bliss said. "This is a season of adversity, but it's also a season of opportunity."

It has been nearly a year since the onset of the COVID-19 pandemic. Several hundred Grand Rapids residents have died because of the virus. In the address, Mayor Bliss said it has been devastating but that all residents share a responsibility to get the virus under control and stem future loss of life.

"We also have a responsibility to face the facts in the midst of great loss, we sadly also lost too many lives as a consequence of the underlying social and economic challenges that persist in our community," Bliss went on to say.

"2020 no doubt, was an incredibly difficult year, a painful year -- the pandemic, the economic strain, and the uprisings of people calling for justice in our community put the pain and the challenges on full display. The disparities and desperation were clear, not just here in Grand Rapids, but across our country repeatedly. And yet, there is a way forward."

In Tuesday's address, Mayor Bliss touched on several topics including the city's COVID-19 pandemic response, the economy, the city's efforts to improve inclusion and equity, policing changes, and how the city is working to provide homelessness support and affordable housing.

"The pandemic understandably overshadowed some of our important efforts, but it did not stop them."

Last spring, it became clear to officials that people experiencing homelessness were vulnerable to the virus. The City of Grand Rapids and Kent County partnered with Holland Home to open the Fulton Care Center. The program offered transportation to safe housing, food services from the Salvation Army, and health monitoring for people who tested positive or were waiting test results.

During the State of the City, Mayor Bliss pushed for all residents to get vaccinated when they are able.

Mayor Bliss also highlighted the city's efforts in increasing affordable housing, saying "demand exceeds supply," causing the cost of housing to rise too fast, particularly for residents who are renting or looking to buy their first home.

The rising cost of hosing disproportionately impacts people of color, Bliss explained. In the past year, the city has worked to broaden and accelerate its efforts to quality hosing. She said the city's Housing Stability Alliance ramped up its work to eliminate barriers to stable housing and promote equitable options and secured millions of dollars to prevent eviction. The alliance also established a partnership with community rebuilders to find housing for people experiencing homelessness.

In 2021, officials will work to add millions of dollars to the housing fund in order to invest in much-needed low income and affordable housing efforts. Bliss explained that in a recent analysis, Grand Rapids needs to add 9,000 new housing units by 2025 to meet the growing demand.

"Yet all the improvements in our community mean little if we are not a community of dignity and equity for all," Bliss said. The City of Grand Rapids implemented a new path for city policy and programs, focusing more closing on equitable economic development and improving accountability.

The city is looking at ways to leverage large scale development projects, such as the Grand River Corridor revitalization to provide training, employment, and business opportunities for residents in neighborhoods that have historically been underserved or marginalized.

"We know that economic opportunity and ladders to success are not just important for shared prosperity," Bliss explained. "They're also foundational to addressing the root causes of things like crime, and violence. They are connected to another important conversation that we are having about the role of law enforcement and our community."

Which lead Bliss to expand on the city's creation of the Office of Oversight and Public Accountability (OPA), which services as an "independent liaison between community members and public safety."

Under Grand Rapids Police Chief Eric Payne, the department has adopted new strategic plans that implement a neighborhood-based policing model. This is working to reimagine policing in Grand Rapids and Bliss said the department is putting more focus on forming trust and relationships within the community.

GRPD is testing new ways to respond to certain calls for service, Bliss explained. "Not every incident is an emergency that requires an immediate police response. In some cases, another department may be best positioned to meet the need and police response may not be needed at all."

She brought up the city's Homeless Outreach Team, which helped people struggling with homelessness in Grand Rapids. The team now includes addiction specialists and social workers to help connect those with much-needed services. Since last April, the team has had more than 2,000 "positive interactions" with people experiencing homelessness, Mayor Bliss said.

In 2021, Bliss said the city will explore the potential for a behavioral health team equipped to respond to mental health, non-violent drug use, and other related calls for service. She said after the increase in gun violence in 2020, the city will almost implement a evidence-based program that values relationships within the community to prevent or stop problems before they get out of hand. Bliss hopes the program can be launched by this winter.

So, where do we go from here?

"Can we just get back to normal?" Bliss asked as the address wrapped up.  "Walking around downtown the other night, as restaurants opened up with limited service, it was obvious that people are eager for a normal night out spending time in person together and safely being with friends. But in many ways. We don't want to revert back to normal."

Last year was stressful, painful, and heartbreaking at times, Bliss said. But now, is the time to stay vigilant. She reminded everyone to continue wear a mask, stay distanced, and get vaccinated.

"We can all make a difference if we keep focused, and if we are committed to working together. That is true when it comes to fighting the pandemic. And that's true for our collective ongoing efforts to build an ever stronger, more equitable, and welcoming place for our residents and businesses to call home." 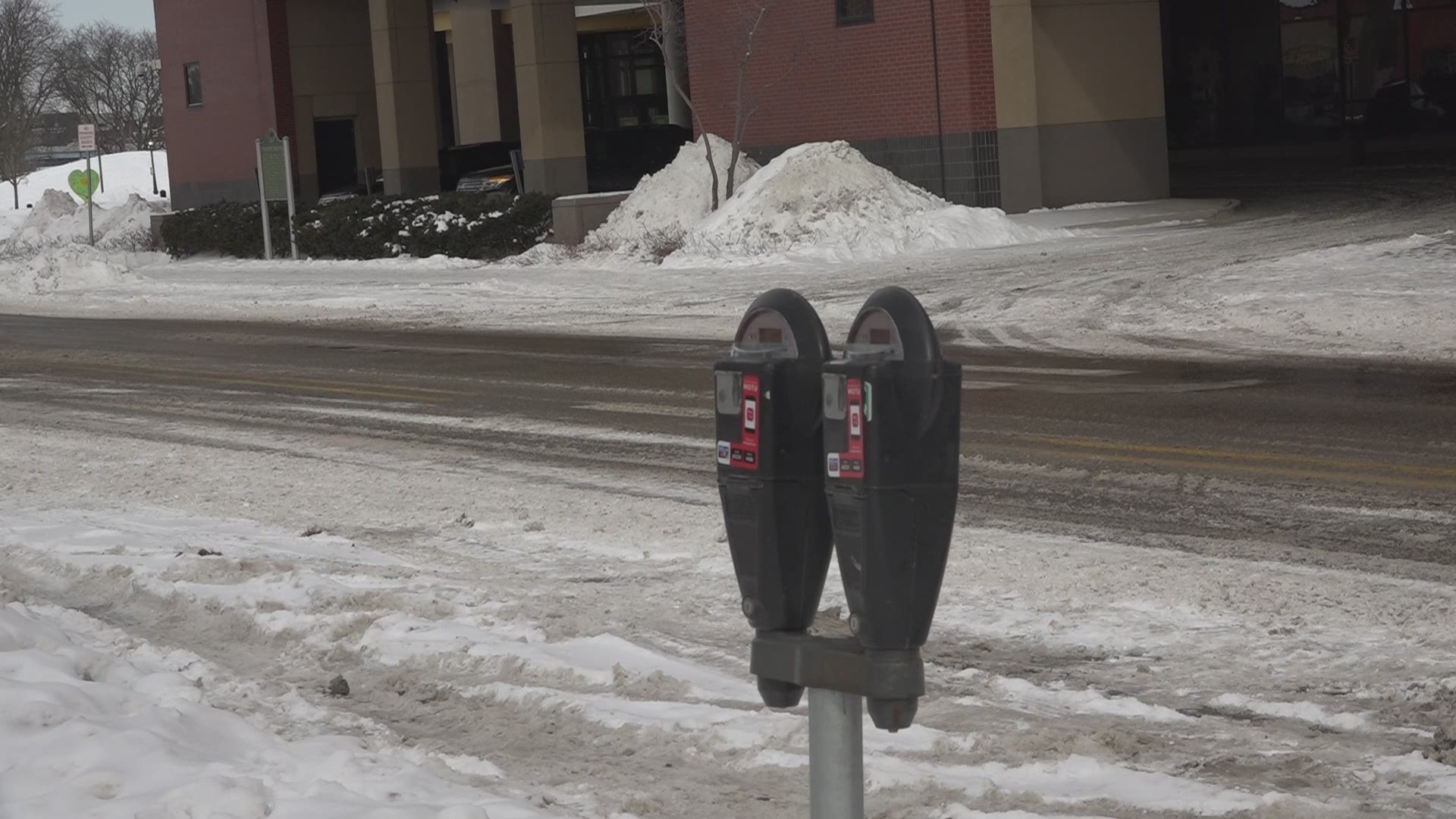