Six people were involved in the crash on Lake Michigan Drive NW. 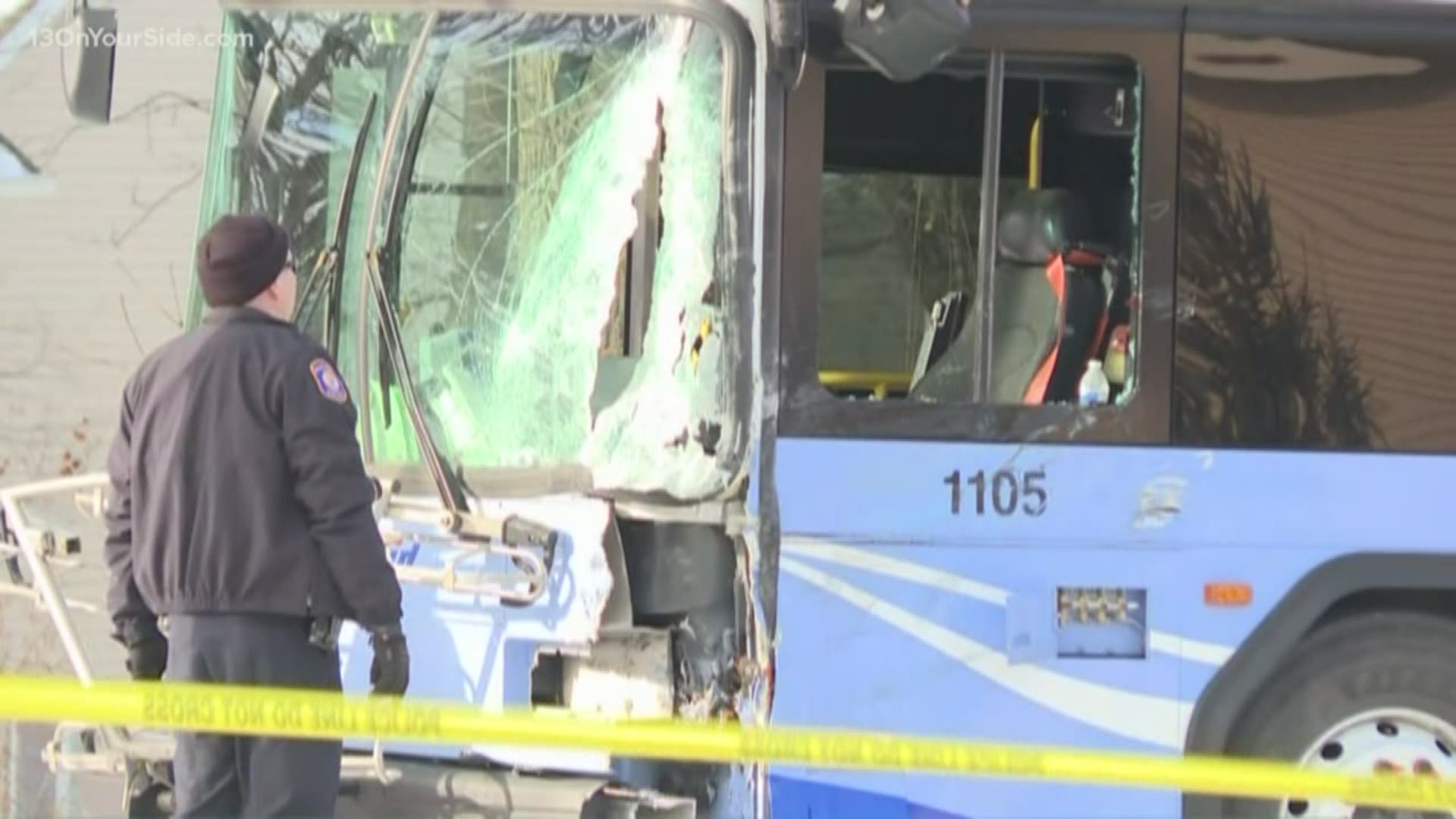 Kayla Marie Williams, of Coopersville, died at the scene of the crash according to Grand Rapids Police Department.

The crash happened around 8:15 a.m. on Lake Michigan Drive NW near the intersection of Fairfield Avenue NW. Both lanes of the road were closed for about three hours while the accident reconstruction crew completed their work.

Williams was driving westbound in the center lane in a Chevy Impala and hit a GMC Acadia "head on", according to the GRPD. The driver of the SUV is a 60-year-old woman from Grand Rapids who is suffering from life-threatening injuries. A Rapid bus then ran into the SUV, after the initial crash.

A 5-year-old was in the back seat of William's car and suffered minor injuries but is expected to be OK. The driver of the bus has minor injuries, but no passengers were injured.

GRPD is still investigating the cause of the crash, however, they said people often drive fast on the stretch of Lake Michigan Drive NW where the crash occurred. 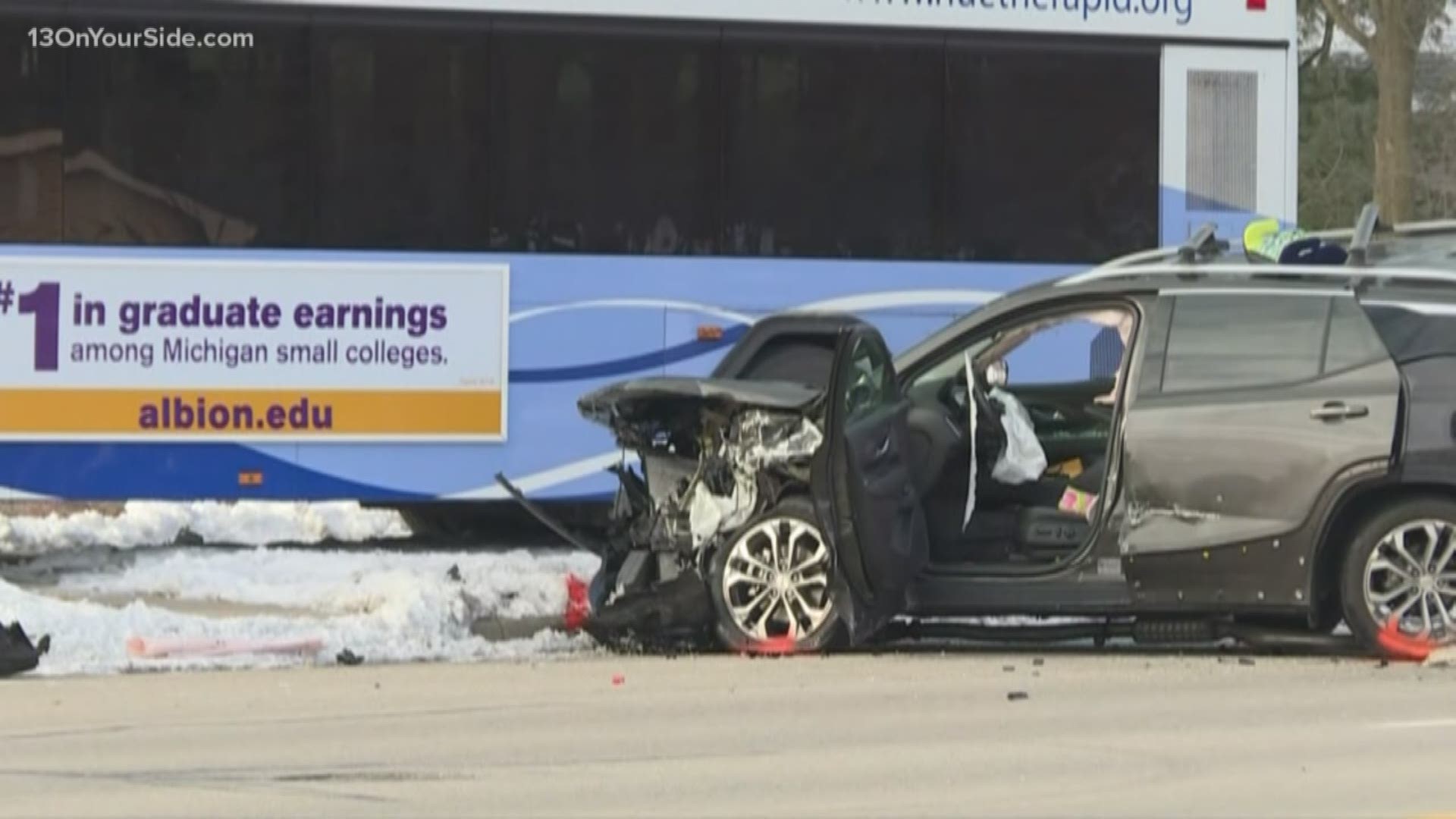