36 years after Deanie Peters' disappearance, no closure for family

It's become one of the longest-running mysteries in West Michigan. 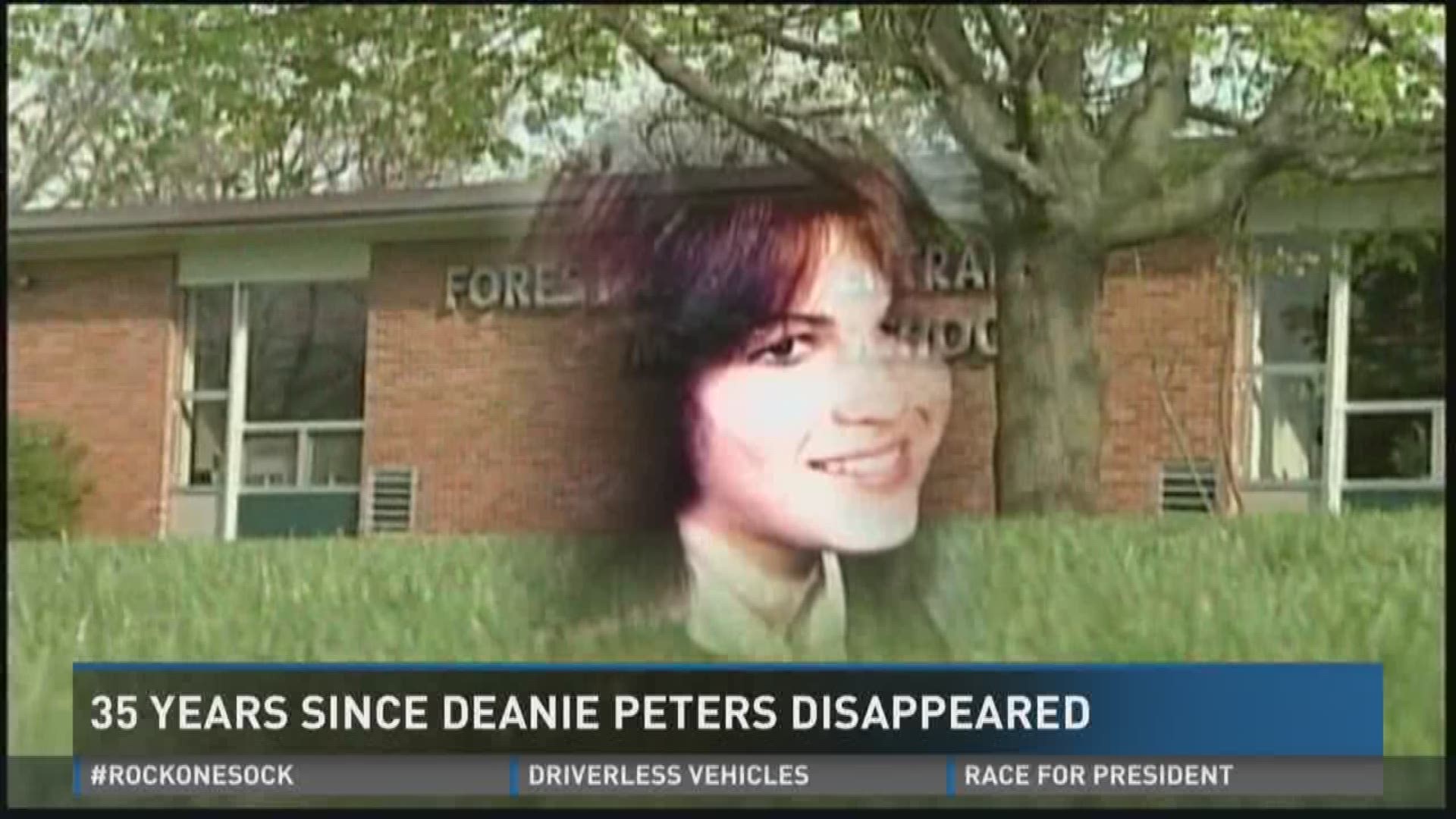 It's become one of the longest-running mysteries in West Michigan. What happened to Deanie Peters - the Cascade teenager who disappeared without a trace.

The case surrounding her disappearance has entered its 36th year.

Peters vanished on the evening of February 5th, 1981. She was attending her brother William's wrestling practice at Forest Hills Central Middle School, in Ada.

During the event, the 14-year-old told her mother she needed to use the restroom. Deanie got up, walked across the gymnasium floor, exited through the doors, and was never seen again.

Local law enforcement, as well as common citizens, spent days combing through wooded areas near the school and around the Ada/Cascade area, but nothing was ever found.

Authorities received many tips, and interviewed several possible suspects, but the case would eventually go cold.

Peters was officially declared deceased in 1991 - a decade after her disappearance.

The Kent County Metro Cold Case Team re-opened the case in 2008 and started the entire investigation from scratch. They re-interviewed hundreds of people, pursued investigative subpoenas, and traveled to seven different states, following clues and leads, but the dead ends continued.

The primary suspect in Deanie's disappearance is a man named Bruce Bunch, who lived in Lowell, Michigan in 1981.

WZZM traveled to Prescott, Arizona in December 2012, and had a chance to interview Deanie's mother, Mary, and step-father, John Peters.

"The only thing I can say is, if you know anything, please come forward and let us know because we'd like to bury our daughter, know where she is and know what happened to her," said Mary Peters in 2012. "I don't know what else to say, just that I wish that they would come forward because somebody knows something."

The page has been active since spring 2011, and it now has close to 4,000 followers, who openly discuss the case, and share memories of Deanie.

Along with thousands of comments, you'll also find photo galleries, old Letters Deanie wrote, and even a copy of her official death certificate.

During its investigation, Cold Case members say they have pin-pointed individuals still living in the Ada-Cascade area who know what happened to Deanie Peters, and where her remains are, but they continue to not cooperate with authorities.