The Lady Rangers have only been a team for two seasons, but already they can call themselves champions. 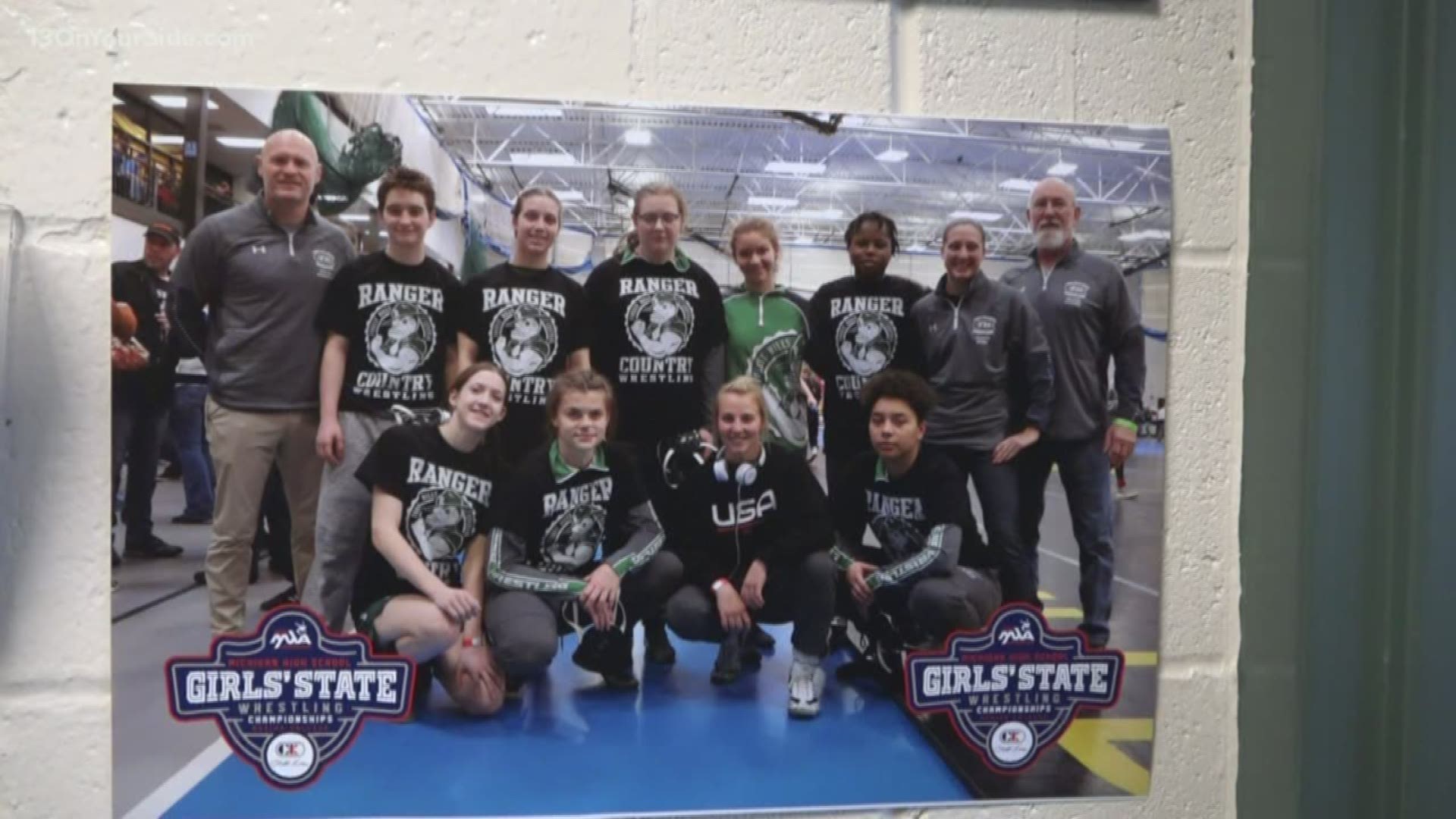 KENT COUNTY, Mich. — Hannah Becker has had to wipe quite a few tears from her eyes in the last few days. Some of those tears have fallen because of the "what if" thoughts that come with being a state runner-up in her weight class. But others are happy tears, and Becker has a lot to be happy about.

She and her teammates have done something unprecedented. Over the weekend, they became the first team champions in Michigan high school girls' wrestling history.

"The feeling was unreal," Becker said. "When we were handed the trophy, I was like 'Wow. This is big!'"

The team is only in its second year and it has less than a dozen members, but interest in the sport is growing among girls. That's true not only at Forest Hills Central, but all across the country. Becker calls it the fastest growing sport in the country.

"It's a really cool feeling knowing that we're kind of pushing the movement. People are finding out about it more. There's a 77% increase in the girls' state meet this year compared to last year, by over 100 girls," she said.

Last year, the Michigan Wrestling Association hosted a state meet but gave out only individual awards. The Michigan High School Athletic Association does not yet sponsor girls wrestling but that could soon change.

"To sponsor a tournament for a new sport, we generally require 10% of our member schools to have varsity teams," MHSAA media & content coordinator Geoff Kimmerly said in an email to 13 ON YOUR SIDE.

"We’re excited to see the progress of these last two years. There was a thought before the first MWA girls state meet two years ago that while participation was growing, it would get another notable boost by this kind of championship opportunity – and we believe that’s shown to be true. The MHSAA is looking forward to the possibilities moving forward."

Rangers wrestling coach Brad Anderson has three daughters who look up to the players on the team, and he firmly believes that girls belong in this sport.

"Wrestling teaches selflessness, toughness and discipline. Who wouldn't want that in their child? In their son or in their daughter?" Anderson said.

Becker will be breaking more barriers next year when she joins Davenport University's first-ever women's wrestling team. But for now, the February sun is setting on her final season as a high school student. More tears begin to fall as she looks around the room to tell each of her teammates how much they mean to her.

"I'm so proud of these girls. Rhoneda (Arius) a fighter. Remmie (Gavle) is tough as nails. Rebecca (Dooley) is strong. Sarah (Schenk) is good. Shay (Keaton) works her butt off. Rachel (Schenk) is stubborn and Rachel does what she wants to do and it works.

"Elena (Kelbley) was sick. She didn't know if she was going to be able to wrestle at states but she went out there and fought. So looking at this team, it makes me proud because I know they all went out there and they did their best. And I couldn't ask for a better team for my last year," Becker said.

That was the final thing she could manage to say. As she broke down, her friends wrapped their arms around her in a moment too powerful for words. Becker may only have a few more months to walk the halls with these incredible women, but she'll never forget the day when together they became champions. 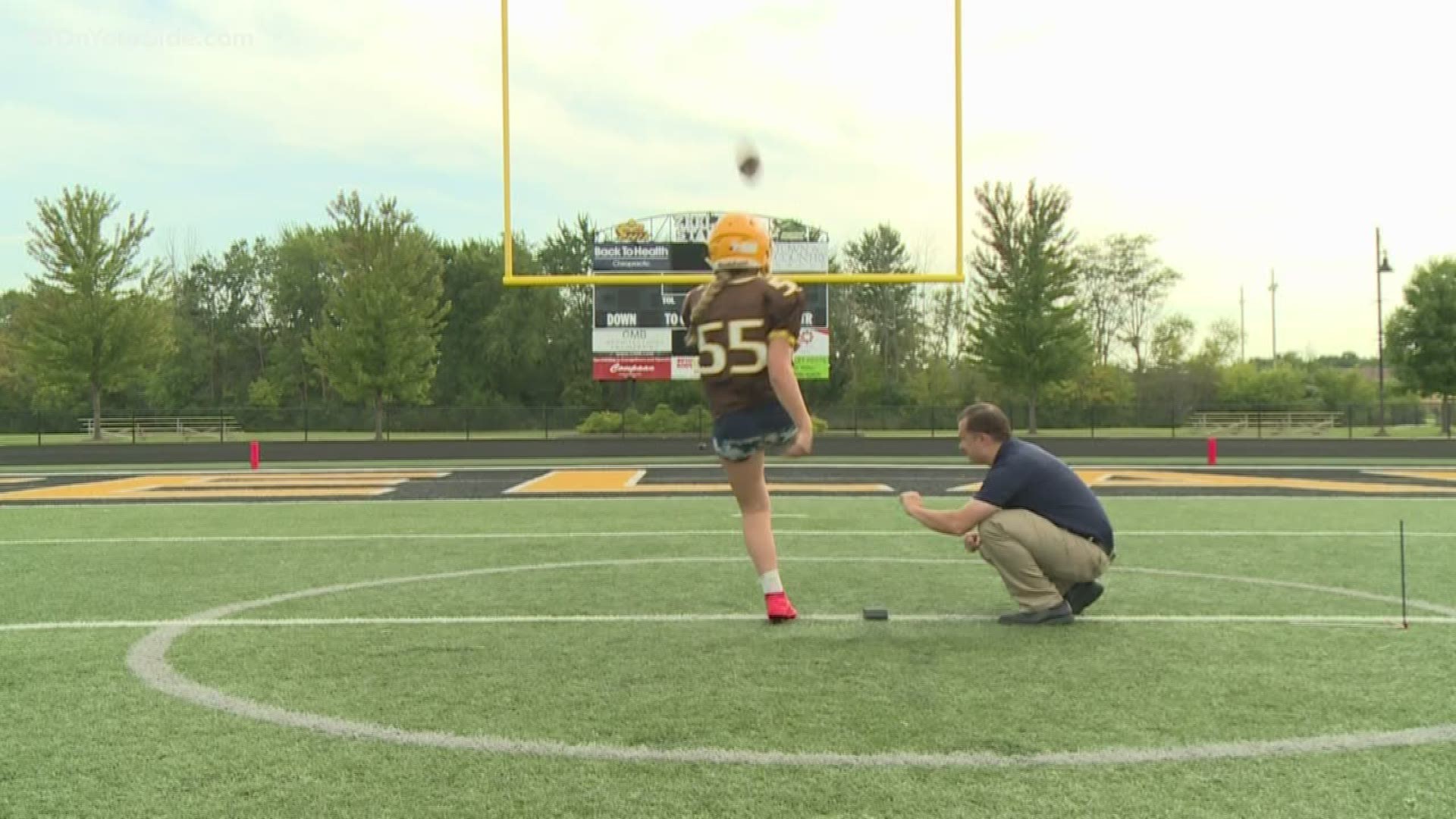