The law Gov. Whitmer used to issue pandemic orders has since been repealed. 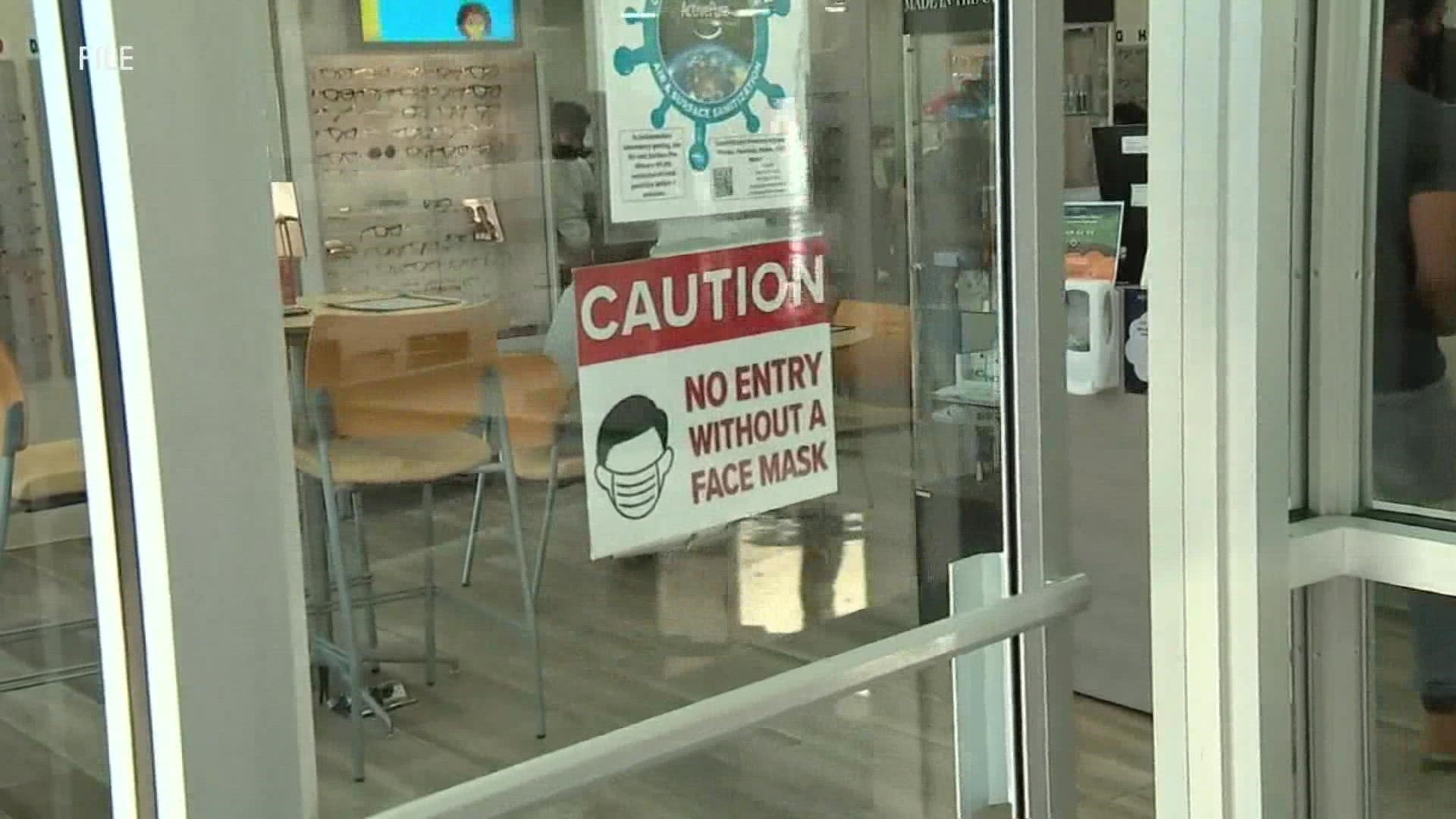 MICHIGAN, USA — With Kent and Ottawa Counties moving into the substantial rate of spread over the weekend, health departments are continuing to recommend masks and vaccinations, but they haven’t made them mandatory.

“It's definitely time for all those who have the public health authority to issue mandates to be thinking about what they might issue," said Marcia Mansaray, Deputy Health Officer with the Ottawa County Department of Public Health.

While health departments are mulling over their decisions, one person who is no longer able to step in and decide is Gov. Gretchen Whitmer. Last year, the governor cited the 1945 Emergency Powers Act to order pandemic responses.

“In 80 days, we achieved 539,000 signatures - during lockdowns," says Ron Armstrong. He's a spokesperson for Unlock Michigan, a petition group that worked to get the governor's emergency powers stripped.

“She pivoted to the health departments to carry out her mandates," Armstrong says, referencing orders passed out after the Supreme Court ruled her use of the 1945 Emergency Powers Act unconstitutional. "That remains today,”

Now Armstrong says the group is back under the same name, trying to reign in the authority of health departments.

“It's just needs to be limited to amount of time where the overall process of checks and balances," Armstrong says. "From a governor to the legislature to the health department.”

The new petition aims to hold health department mandates to a 28-day limit. Any longer than that and they would need approval by a legislative body.

“That's why you act early," Manasaray says. "But acting early means bad things don't happen. And so for all of us when a bad thing doesn't happen, we kind of wonder if we overreacted.”

It can be difficult to know within 28 days if a recommendation works or not, which is why Ottawa county health officials are trying to stay away from absolutes. Instead, they're sticking to recommendations.

“...This isn't black and white," Manasaray says, "It's not masks everywhere, all the time, or no masks at all. There are lots of in between strategies that you can do to lower the risk.”

According to their website, Unlock Michigan wants new restrictions added to the Public Health Act. No formal date has been set for signature collection on that petition.

"We now have three free, safe, and effective vaccines, which studies have shown are nearly 100 percent successful at preventing hospitalization or death," Leddy said in a statement.

"That’s why we are encouraging Michiganders to get vaccinated so we don’t see a surge like other states with low vaccination rates are experiencing right now. The COVID-19 vaccine is the most effective precaution that people can take to protect themselves and their families, and help us beat this virus once and for all."