"Before You Go" by Christian Reichle and Monica Pritchard will take home the grand prize for this year's competition. 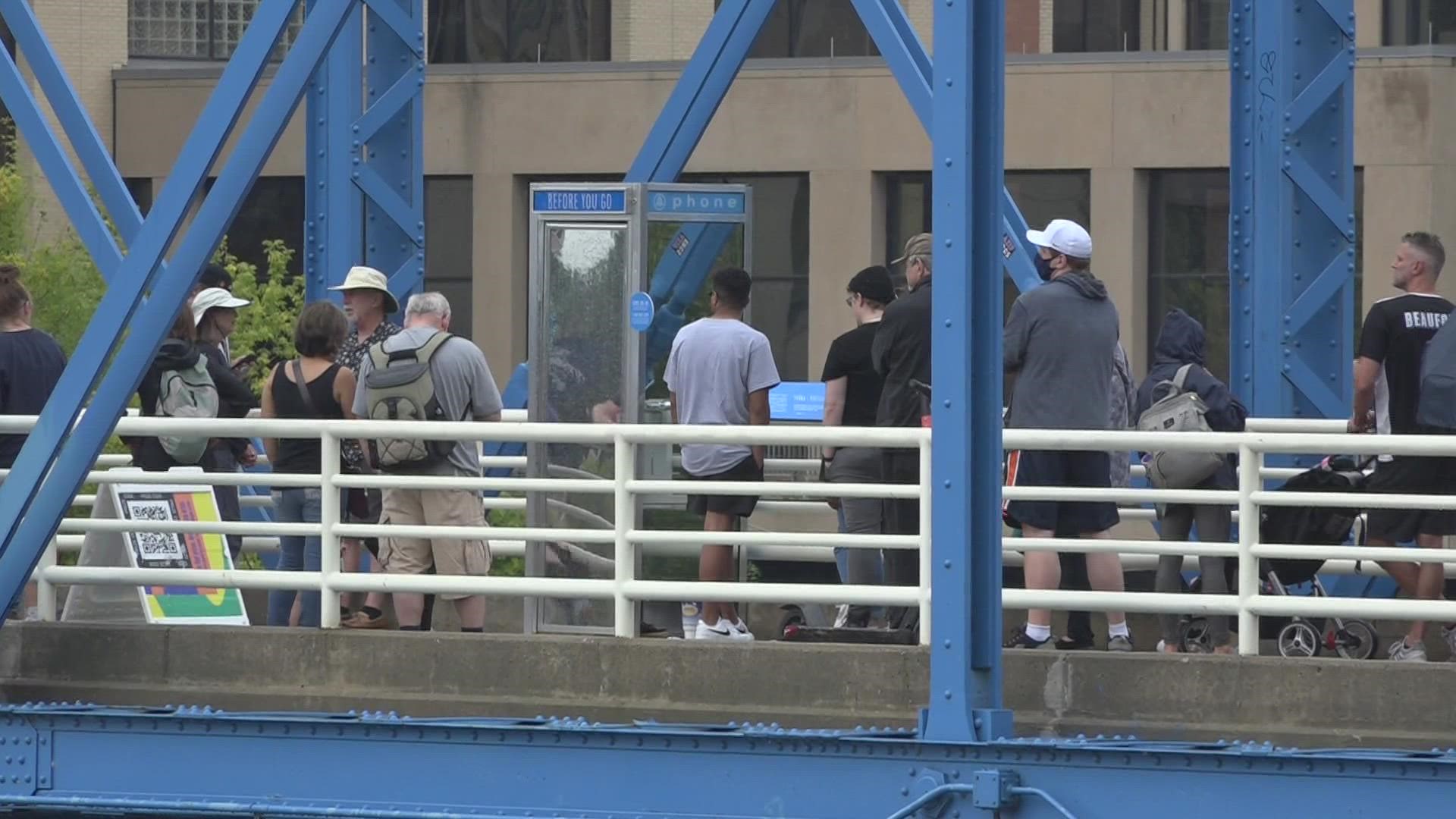 GRAND RAPIDS, Mich. — This year, 958 entries across 144 venues competed in ArtPrize 2021, with a grand prize of $50,000 on the line. Friday night ArtPrize announced their grand prize winner.

"Before You Go" by Christian Reichle and Monica Pritchard will take home the grand prize for this year's competition. The announcement was made during an hourlong award show Friday night.

"Before You Go" is an interactive exhibit. Participants step into the phone booth where they can hear 350 experts from 100 different interviews that are programmed inside the phone.

The phone booth started as Christian's mom's idea, he told us the night ArtPrize announced their top 25.

Among other winners, "Planted by the Sacred Streams of Grace" by Brian Whitfield and "Ile Itaja - Shoppinglist" by Olaniyi R. Akindiya Akirash both took home the Contemporary Black Art Award.

"Before You Go" also took home the Asian Art Award, along with "Paper Cinderella" by Michal Overholts.