"We Can't Wait" aims to allow people to see past the wheelchair to the person sitting in it. It also highlights struggles with changes to the insurance reform. 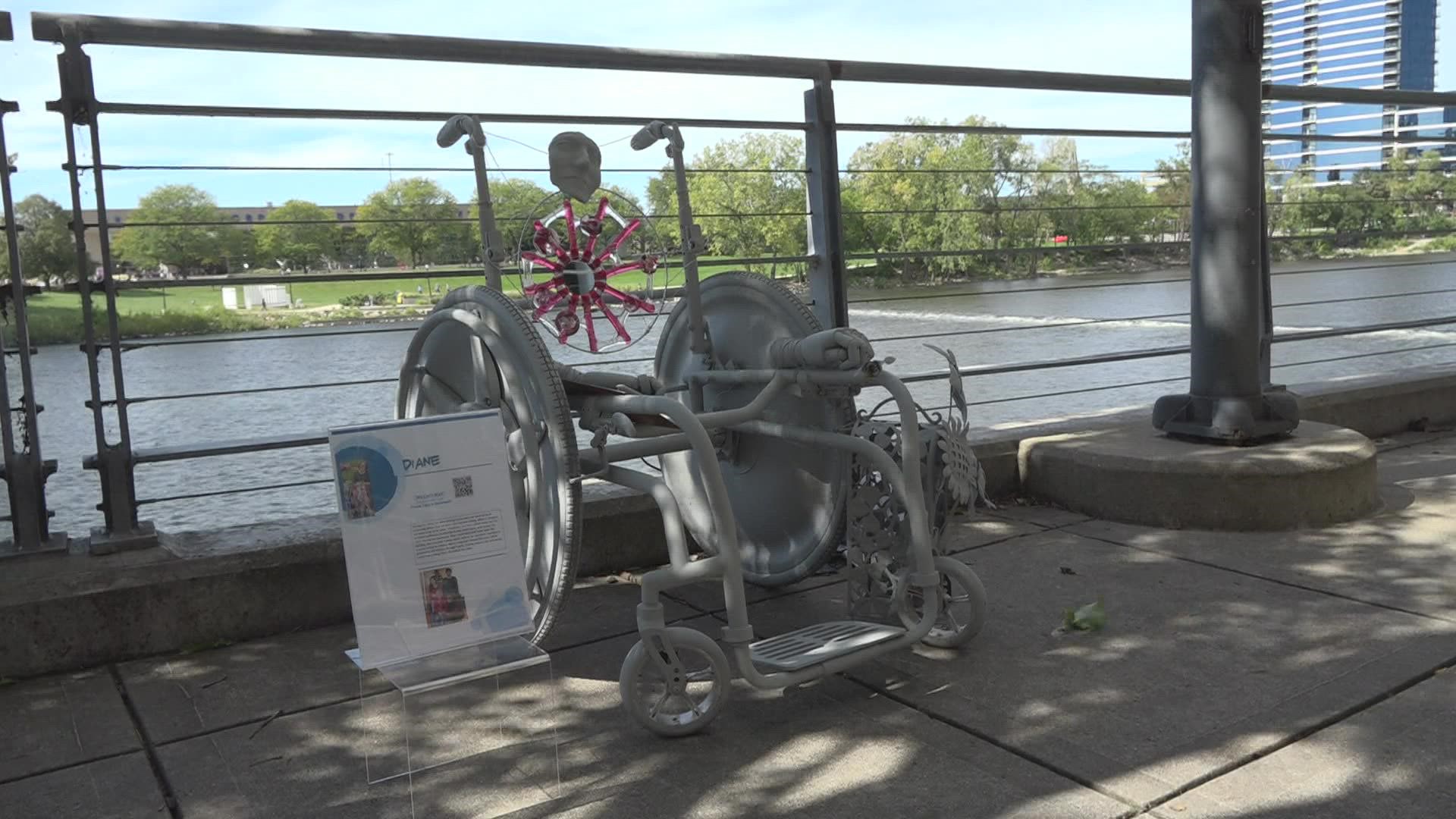 The ArtPrize piece, called "We Can't Wait," represents 11 accident survivors and their stories. They feature aspects to each structure that represent the real person the piece was modeled after.

Artist Christina Corvette Wright was inspired by her son, Mark Stone, who was involved in an auto accident when he was 2 years old that left him paralyzed.

"I wanted people to see past the chair, past the accident," said Wright, "and see them as people who bought insurance, who want their insurance."

On July 1, changes went into effect to Michigan's no-fault auto insurance. Wright and many other accident survivors say there were unintended consequences that left them without care.

The reform included a fee schedule for providers, such as rehab facilities. That caused some facilities in the state to close or limit care. It also created a cap at 56 hours a week for home caregiver reimbursement for family members.

Four state bills were introduced prior to reform implementation to address issues with accident survivor care. However, they are still stalled in the Michigan Legislature.

"I sat in my office and cried afterward," said Julie Rogers (D-Kalamazoo).

Rogers introduced HB 5125 as a "Hail Mary" measure that would delay implementation of the fee schedule until 2022. It did not pass.

"I'm a physical therapist by training," said Rogers. "I know this issue intimately. Some of these are my former patients. So, it is really heartbreaking, and I'm completely invested. It's not just politics as usual for me. I have a personal stake in it just because it's been my career helping a lot of these people rehab."

Rogers said she is working with other lawmakers, stakeholders, providers and patients on a new package of bills to address the issue. "We're really wanting to make sure we get it right this time," she said.

To create her piece, Wright put a post on the Facebook group We Can't Wait, comprised of more than 6,000 followers with connections to accident survivors. She had volunteers model for her for each wheelchair structure.

"I tried to make each one reflective of the person who uses it," said Wright, "and you have to kind of look at it to see."

Wright's son, Mark Stone, said he hopes the art piece helps others see people in wheelchairs as the individuals they are.

"It could be them at anytime," said Stone. "Whether at two or 60, you could get into a car wreck."