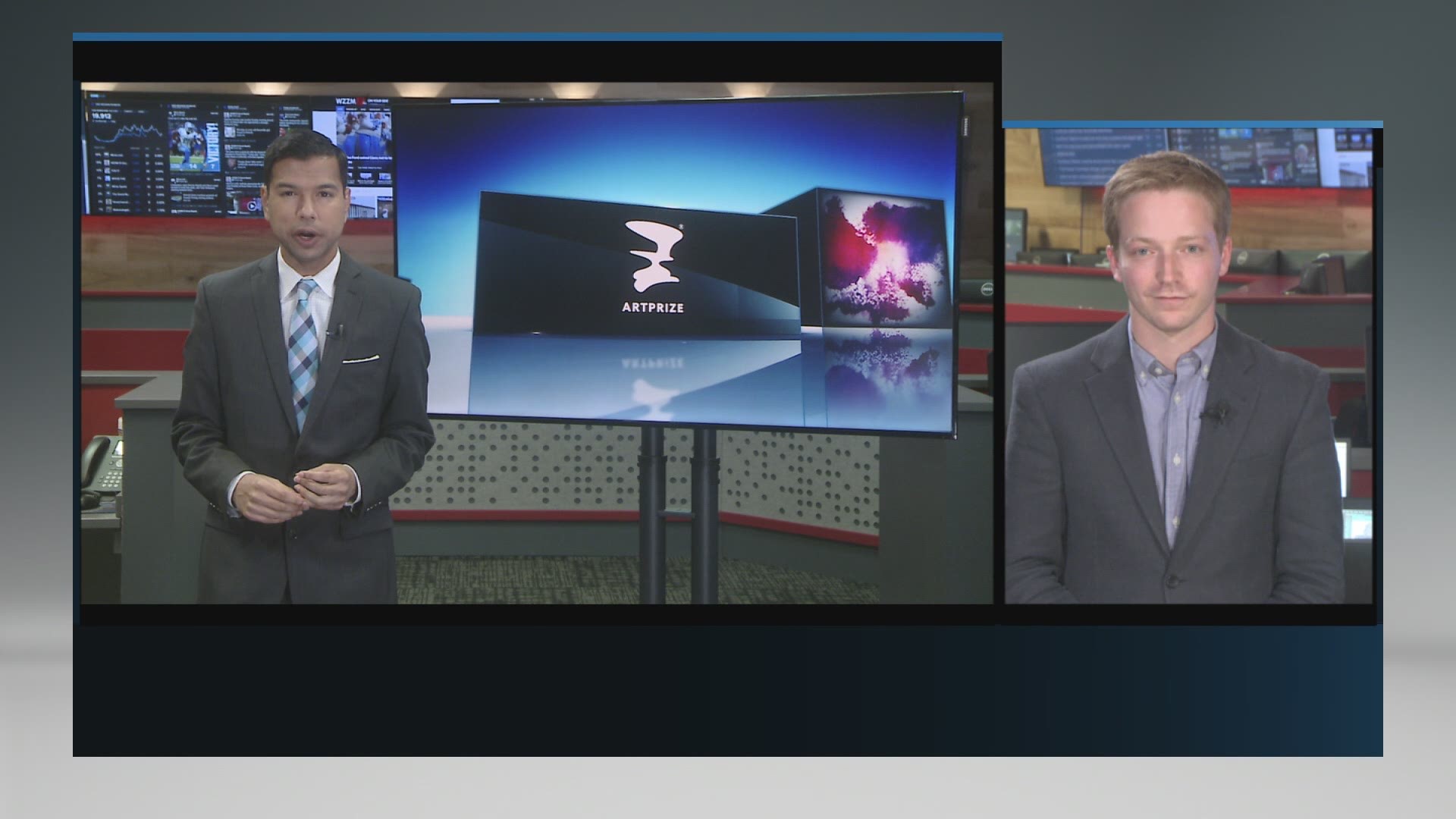 The 20 artists selected move on to the second round of voting, alongside the Category Jurors' twenty picks, announced last week. All 40 artist entries will continue on in the competition with a chance of winning $500,000 in prizes -- including two $200,000 grand prizes and a $100,000 in category awards.

It was a shocking moment, said Amanda Joy Gilbert, whose piece Crowns of Courage that she created with Steve Stone and David Burgess, made it into the top 20. The piece empowers women going through cancer treatment with henna tattoo crowns.

"We weren't really sure what to expect," Gilbert said. "We're just happy to be here and be a part of it."

The works will speak for themselves, said Richard App, an ArtPrize finals veteran. App and Ryan Spencer Reed made it back with the piece Oil + Water, which creates an oil slick illusion in the Grand River to promote clean water.

"It's great to see that we're getting recognition because that means that the issues that Rich and I care about, those issues are being raised and heightened," Spencer Reed said.

"The narrative between comparing and contrasting what the experts think to what the public thinks is really starting to tighten up and, kind of, close in," Gaines said.

The second round of voting for the final 20 runs until Thursday, Oct. 5, at 11:59 p.m. For more information, visit www.artprize.org.

In no particular order, the ArtPrize Nine Public Vote Final 20 are as follows: