'So beautiful' | Communities rally around ArtPrize finalists in Westside venues

Among the most noticeable pieces is a mural featuring elephants along Seward Avenue NW called "Charging Forward." 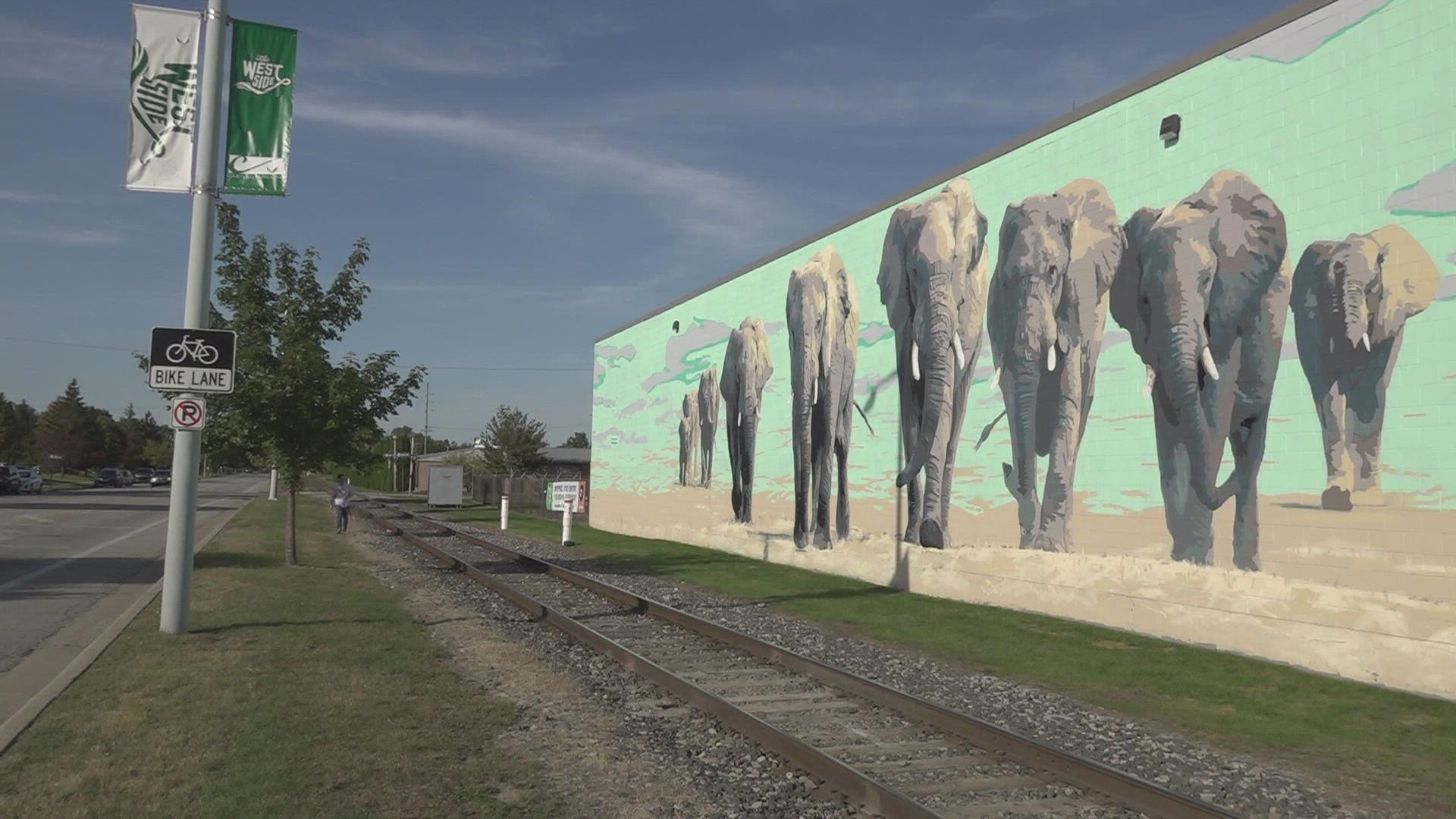 GRAND RAPIDS, Michigan — On a clear, sunny Thursday afternoon Drew Craven walks along the railroad tracks that separate Seward Avenue from Brad Goff's mural, entitled "Charging Forward." He looks up to admire the 23' by 140' masterpiece.

"Are you Brad?" Craven asked.

He was sad to learn Goff had just left, about five minutes earlier.

"I wanted to thank him," said Craven, who lives in the neighborhood where the mural was completed just before ArtPrize began.

"It's just such a privilege to live right next door to something so beautiful now, and to be happy to come home every day to see it. You've really brought some light to the community and I want to say thank you, Brad."

To Craven, the mural is symbolic of the Westside's revival. But it's actually a much bigger picture than that. Goff designed the mural to be a symbol of hope, and the strength to overcome for everyone.

"With everything we've been through over the past year and a half with COVID, and everything else, the mural really just represents the human ability to charge forward and overcome," Goff said.

The mural is the first Goff has ever taken on. It took him four and a half weeks to paint. He says in that time, he spent about 300 hours working on it. Goff, a Grand Rapidian himself, is glad his work has not gone unnoticed by the Westside community.

It's just really overwhelming, the support that the Westside has had. And really, that's made it all worth it already. I'm just super happy to bring this to the Westside."

But over the last day, Goff got even more good news. ArtPrize on Wednesday announced the list of the 25 pieces that have had the most visitor engagement. Those works of art are up for a $50,000 grand prize. Goff's mom broke the news to him that "Charging Forward" was on that list.

"When I first said I wanted to do Art Prize, I wanted to be in it to shoot for the stars, or in it to win it. So, I think that kind of solidified the fact that I met my goal, just being noticed for for the mural and what I did. It was very good feeling," Goff said.

You can find "Charging Forward" at Oliver Healthcare Packaging at the corner of 6th and Seward.

There are a few other finalists on the Westside in the top 25. You can find the entire list on ArtPrize's website. 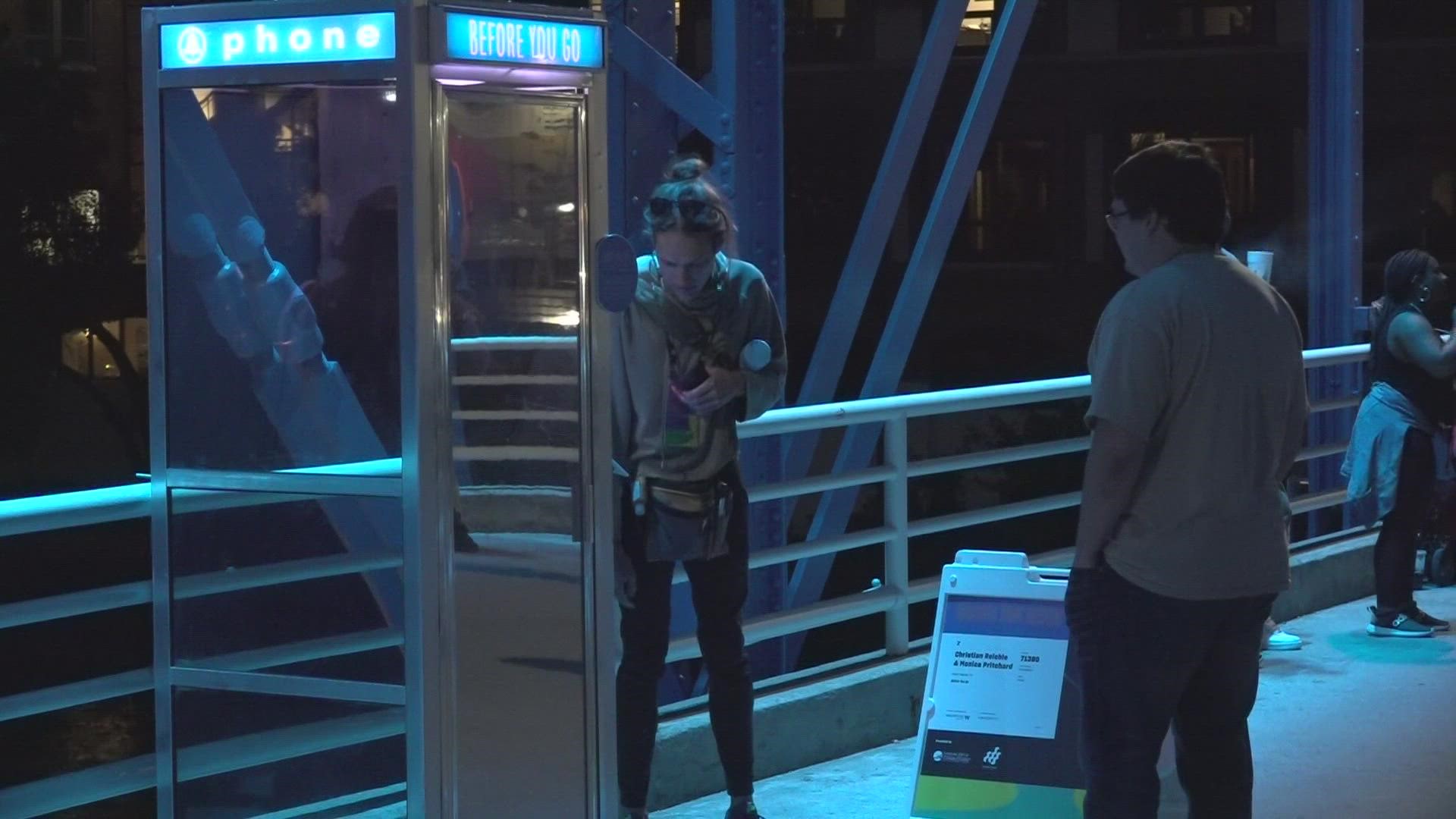