Take our quiz! Can you guess the starting bids for some of the ArtPrize pieces? The sticker price might surprise you. 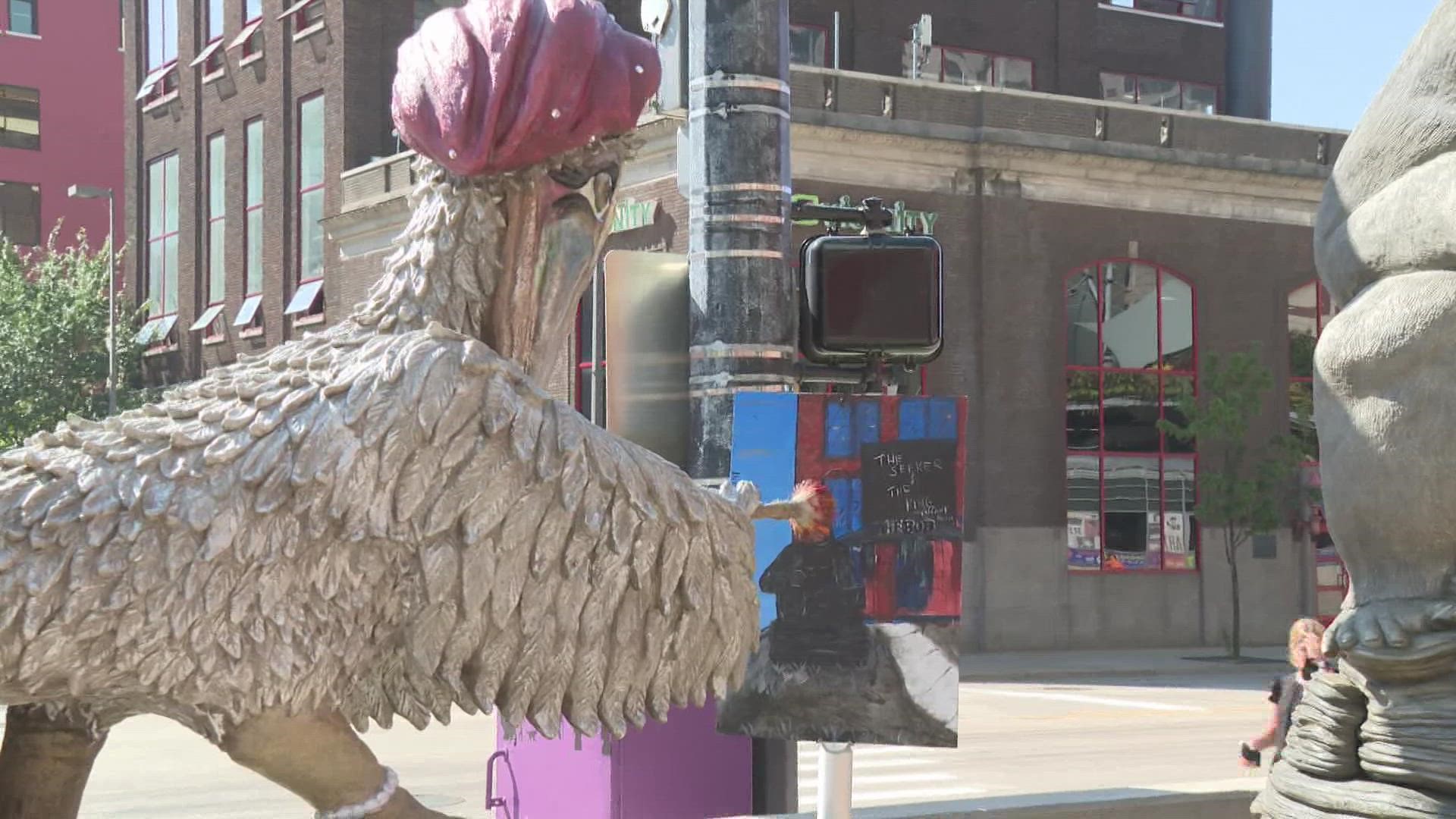 GRAND RAPIDS, Mich. — There's less than a week left of ArtPrize and you may have already seen something you'd love to take home. That's where this year's auction comes in — more than 750 different items are available to be bid on or purchased on the spot.

Some of the items start at a steep price, while others are barely in the double digits. Artists are able to set their own prices for starting bids and the auction company says there's a number of things that go into setting that springboard price.

"Some people will look at these pieces, and they'll think well that's kind of a high price," says Austin Miedema, a representative for Miedema Auctioneering. "To them, I'd recommend looking at the artists and what kind of pieces they've sold in the past or if they've won awards for their art."

Many artists spend weeks if not years creating the pieces they make for ArtPrize, so higher bids help make sure that labor gets compensated.

How much is the starting bid?

Scroll to the bottom to find the answer.

The average American moves homes more than 11 times in their life, while more than 10 percent of us move every single year.

Lott says this work celebrates the vitality of America, as well as the history of the Grand Rapids Area.

You can find this artwork outside the Grand Rapids Public Museum.

Artist Amy Deal spent a portion of the stay-at-home order during the pandemic thinking about the amount of single-use plastic items that makes their way into our homes.

She began collecting single-use plastic items and fused them together to make a rigid material that could be sewn to look like flowers.

Deal is hoping the viewer thinks about the negative side of consumerism and pollution when they gaze at the "living wall" called Consumer Culture.

Artist Mike Renard is a Ukranian artist who often uses bronze as his medium.

His ArtPrize entry, CraBird, depicts both a crab and a bird, depending on your perspective.

Everyone needs more love in their life, right? That's the message Nolan Haan is trying to convey in this painting on silk entry.

LOVE, reflected includes graffiti, a portrait, a stained-glass window, and a neon phrase.

All are up for auction, but do you have any guesses what the starting bid for this one is?

Artist Donna Dzialo, who works as a nurse, began saving vial caps. These caps are typically thrown out, but put together, they make a beautiful creation.

There are more than 390 different vial caps used in the artwork.

The work itself shows how COVID-19 enters an infected cell and then begins replicating.

Check out other ArtPrize coverage like artist features, the best pathways to make the most out of your time downtown and much more here.