This ArtPrize contestant is transforming trash into treasure. 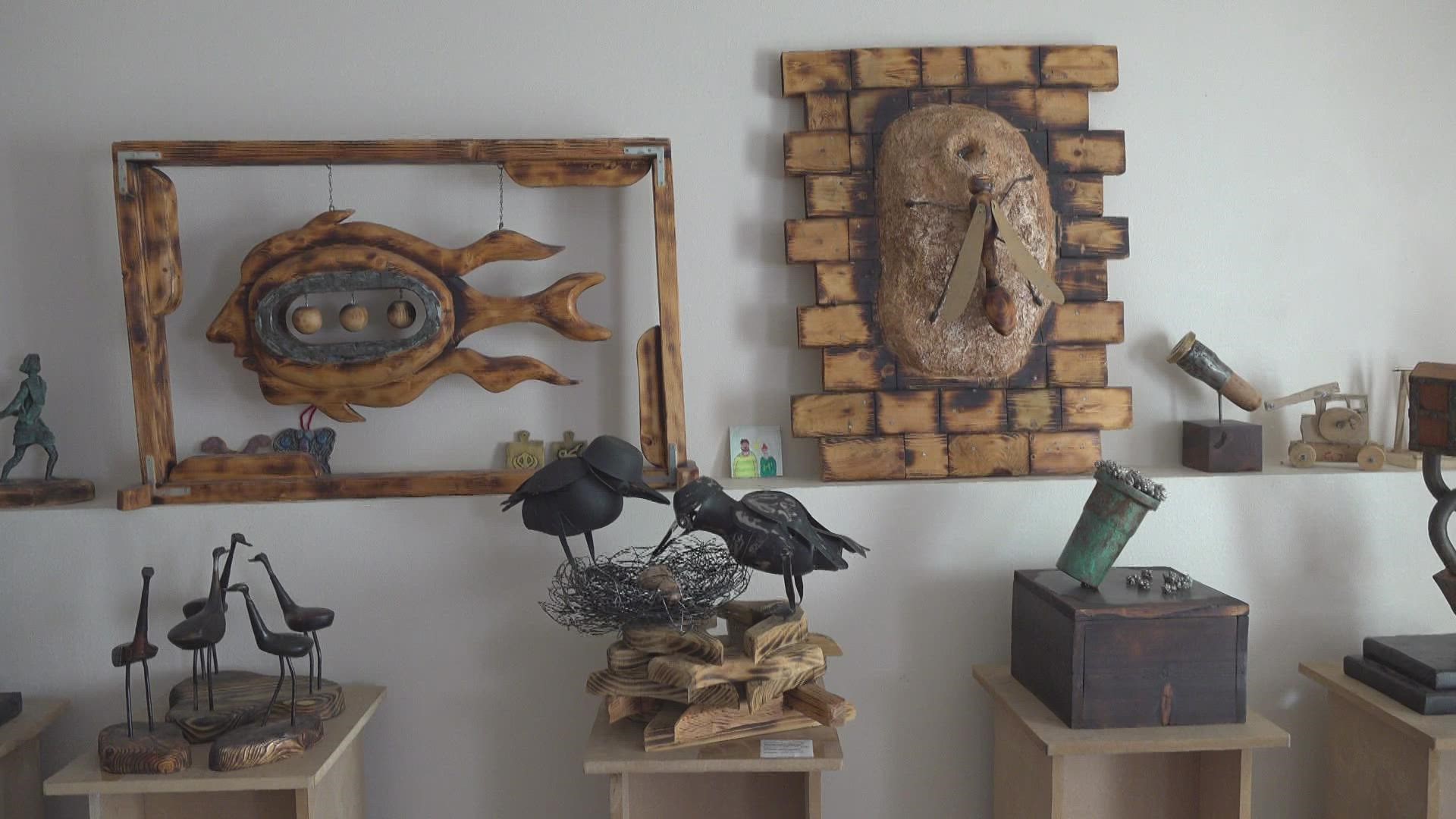 One ArtPrize contestant this year has only been living in the U.S. and speaking English since 2015. He was born and raised in India and didn’t always know he’d become an artist. In fact, it would be a very challenging life circumstance that would eventually lead him to his love of art and his passion for creating beauty out of what others have thrown away.

It was a happy childhood for Harminder Boparai growing up in Punjab, India with his parents, five sisters and one brother. That is, until he came down with a fever at age 11, not long before his only brother would be killed in a motorcycle accident. Then, that high temperature would later turn into paralysis on the right side of his body.

“My hand goes behind. My leg is turned to inside. My face would do like this,” said Boparai describing how his body became disfigured.

It would go on that way for three years.

He remembers how he wanted to, “Write on the paper with my right hand. I push with the other hand. My classmates are laughing at me. I cry from my heart.”

Eventually his condition – still unknown today – would improve, though he would have a lingering speech impediment because of it. Still, Boparai continued to struggle in school even after getting better.

One day, when a college professor caught a glimpse of him doodling in class, it wouldn’t be the first time Boparai was encouraged to pursue art and this time it stuck.

Life went on. He got married and had two children, all while successfully competing in local and statewide clay sculpture competitions in India.

When cleaning one day, he came across some milk cans.

“I’m thinking I can making something from it. I see something in it. I see the dancing girls,” said Boparai.

It was the beginning of a trend that would shape his career creating sculptures, and his use of recycled materials like kitchen utensils, wine openers and golf clubs.

In October 2015, he and his family moved to the U.S., coincidentally on the final day of ArtPrize that year.

Boparai remembers how impressed he was.  “I say, ‘Wow,’ like I have no words for describing how I feel.”

He would go on to compete in ArtPrize the following year and the year after that, all incorporating some sort of life lesson.

This year’s ArtPrize piece is on display at the DeVos Center and represents a person so determined to make money for the future that, “There’s no time to enjoy it. He died in between. Spend your time with your family, with your friends.”

“Seeing him make things inspires me to do things and think different things than other students,” said Gurmeen Kaur, Boparai’s 14-year-old daughter, a mandala artist. Both of his children show an interest in art.

“These are scraps from the things my dad made,” said his 11-year-old son, Gurshann Boparai, following in his father’s footsteps using recycled materials. It’s something Boparai appreciates even more after what he went through when he was his son’s age living with partial paralysis.

“People call me trash. Same thing, this wood go into trash. I take it out, no. I’m trash, art come to me, I am an artist. Transfer the trash to art, it’s an art piece,” said Boparai.

He says people can interpret his artwork any way they choose to, but he hopes what we can all learn from his story is not to take life for granted, live in the now and appreciate your loved ones.