While the pipes are under the house, they're still 12 feet above the ground. Mike Miller couldn't find help for more than two weeks. 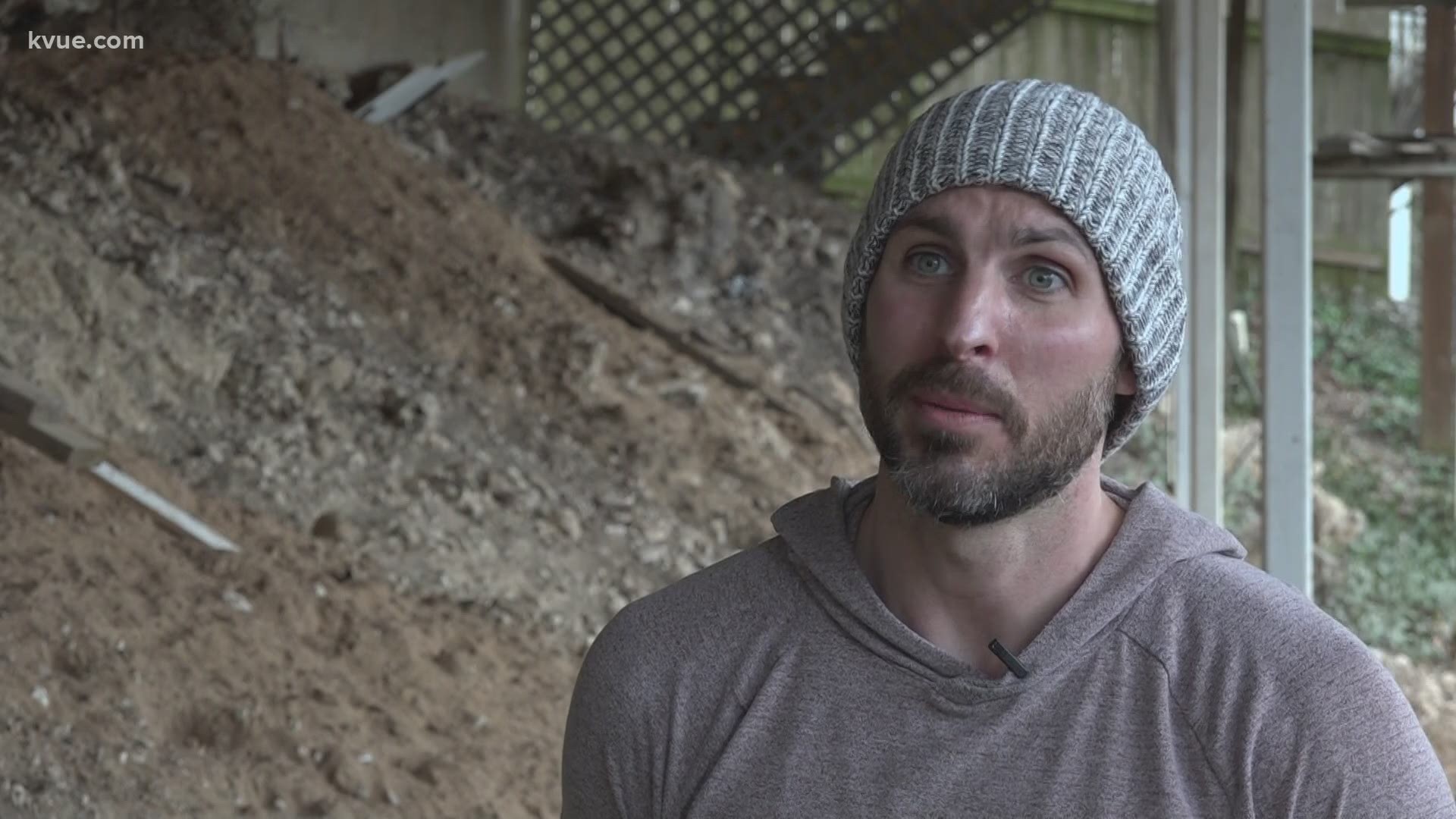 AUSTIN, Texas — Thousands of pipes and water mains cracked under the extreme winter weather that came through Texas last week. The snow and ice effectively shut down almost the entire state.

Mike Miller left the house he's renting on Feb. 15 as the winter storms were hitting hard. As he left, he turned off the water valve to the house but continued dripping his faucets. When he returned the following Friday, Feb. 19, he found the faucets and drips had frozen.

"Normally, this elevated house in the hot Texas summer is great," Miller said. "This is just, you know, one of those freak, you know, sub-zero-type days that just kind of everyone goes through."

By March 2, he finally got water back in his house.

He told KVUE eight total pipes had burst and plumbers found one broken shower valve and a clogged mainline.

The house, built in the 1970s, sits on a hillside next to Loop 360. The back half of the house stands on stilts about 12 feet tall. That's where Miller noticed the leaks.

"The first one was in my guest bath. It was coming out of the back of the shower," Miller said.

When KVUE spoke with him in late February, he had called six different plumbers and posted on Reddit asking for help.

"Every single one of them have said it's going to take more than one person and an all-day-type fix," Miller previously said. "Just hearing those words, you just know that it's just not something they can tackle right away. So it's very discouraging."

Only one plumber told Miller no outright. The rest indicated to him they didn't have the staffing to fixing his pipes because of the high demand for the service across Austin.

"It's a full day's work. They need to pull multiple guys to do it, whereas these easier fixes for, you know, just a quick burst in a house behind a wall, could easily be taken care of by a guy," Miller said. "More boots on the ground, more fixes just definitely makes sense and I understand it."

Miller said he was fortunate to have family nearby so he could shower, clean dishes and do laundry regularly, but he had to collect rainwater and melted snow to fill his bathtub in order to flush toilets.

RELATED: Toilet Tips: How to use your toilet without running water

"We've kind of smartened up and loosened up our expectations for when this going be fixed, so we're not always just kind of bummed out," Miller said.

After 6 weeks and no 2nd appointment, a local couple is losing hope of being fully vaccinated on time

11-year-old Conroe boy, who died during the winter storm, remembered at memorial