When Rocky Matthews started finding dead lambs in April on his farm near Murtaugh Lake, he initially thought someone was killing the animals with a pellet gun. 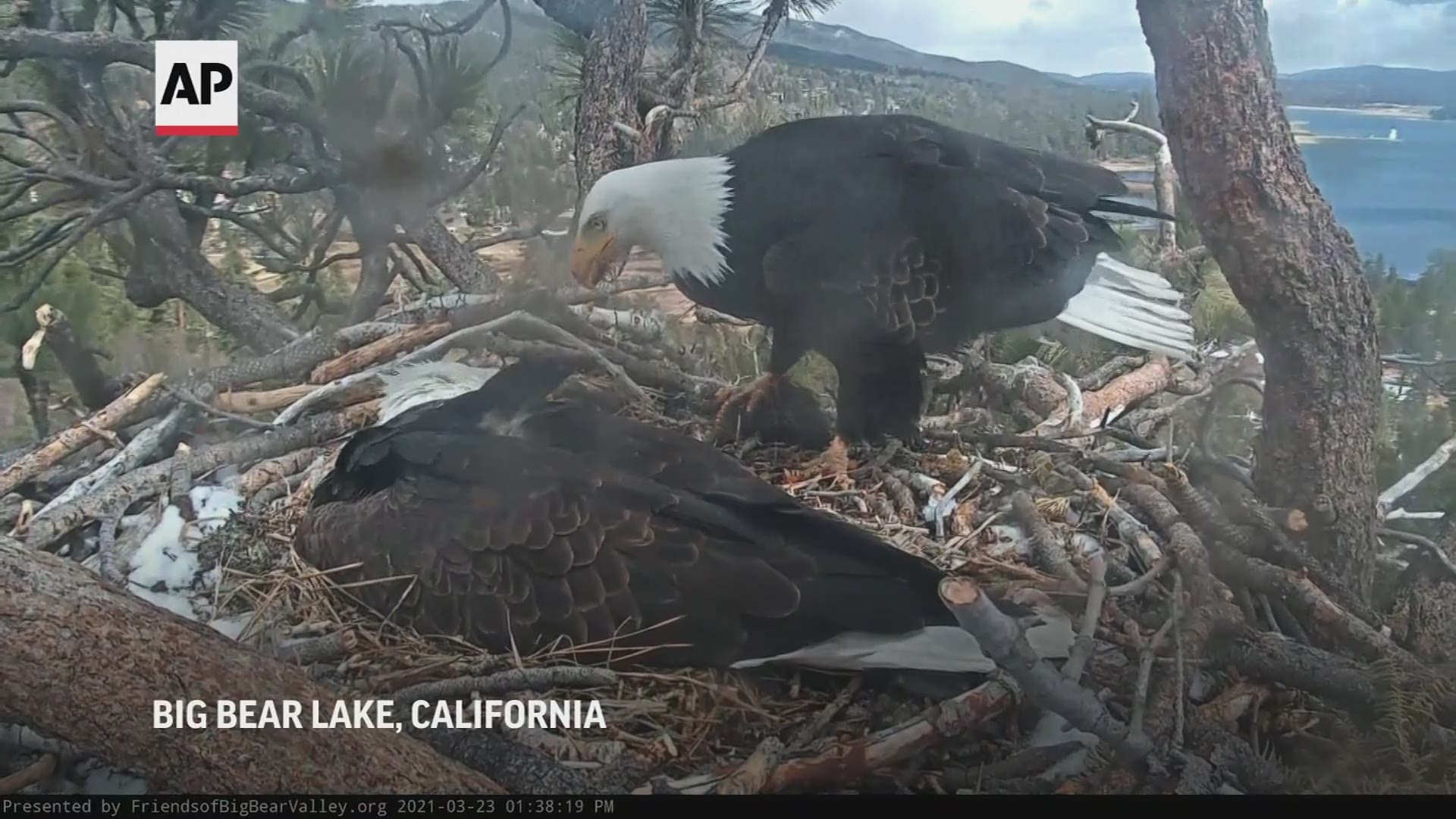 MURTAUGH, Idaho — A farmer in Idaho has said he lost about $7,500 in revenue from 54 lambs killed by nearby bald eagles.

Rocky Matthews started finding dead lambs in April on his farm near Murtaugh Lake, and initially thought someone was killing the animals with a pellet gun, The Times-News reported.

Matthews later discovered eagles, who have lived on his property for more than 20 years, were attacking his flock. The nest is home to two adults and at least two babies.

“They’ve never crossed paths till this year,” he said. “The damage under the hide is a hundredfold from what you see on the exterior.”

Idaho Department of Fish and Game regional wildlife biologist Lyn Snoddy said eagles strike from above using their talons, which can sever internal arteries and cause animals to bleed out.

Matthews said he believes the water in Murtaugh Lake took longer to warm up this spring, meaning fewer carp in the lake were available to the eagles to eat as part of the normal diet.

Eagles are protected by multiple federal laws, including the Bald and Golden Eagle Protection Act and the Migratory Bird Treaty Act. Violators could face maximum $100,000 fines and one year in prison.

Fish and Game directed Matthews to Idaho Wildlife Services, a program under the U.S. Department of Agriculture’s Animal and Plant Health Inspection Service, that works to resolve conflicts between animals and people. A representative came out to perform a necropsy.

Matthews has since moved his livestock closer to the barn to avoid future attacks.

See the latest news from around the Treasure Valley and the Gem State in our YouTube playlist: