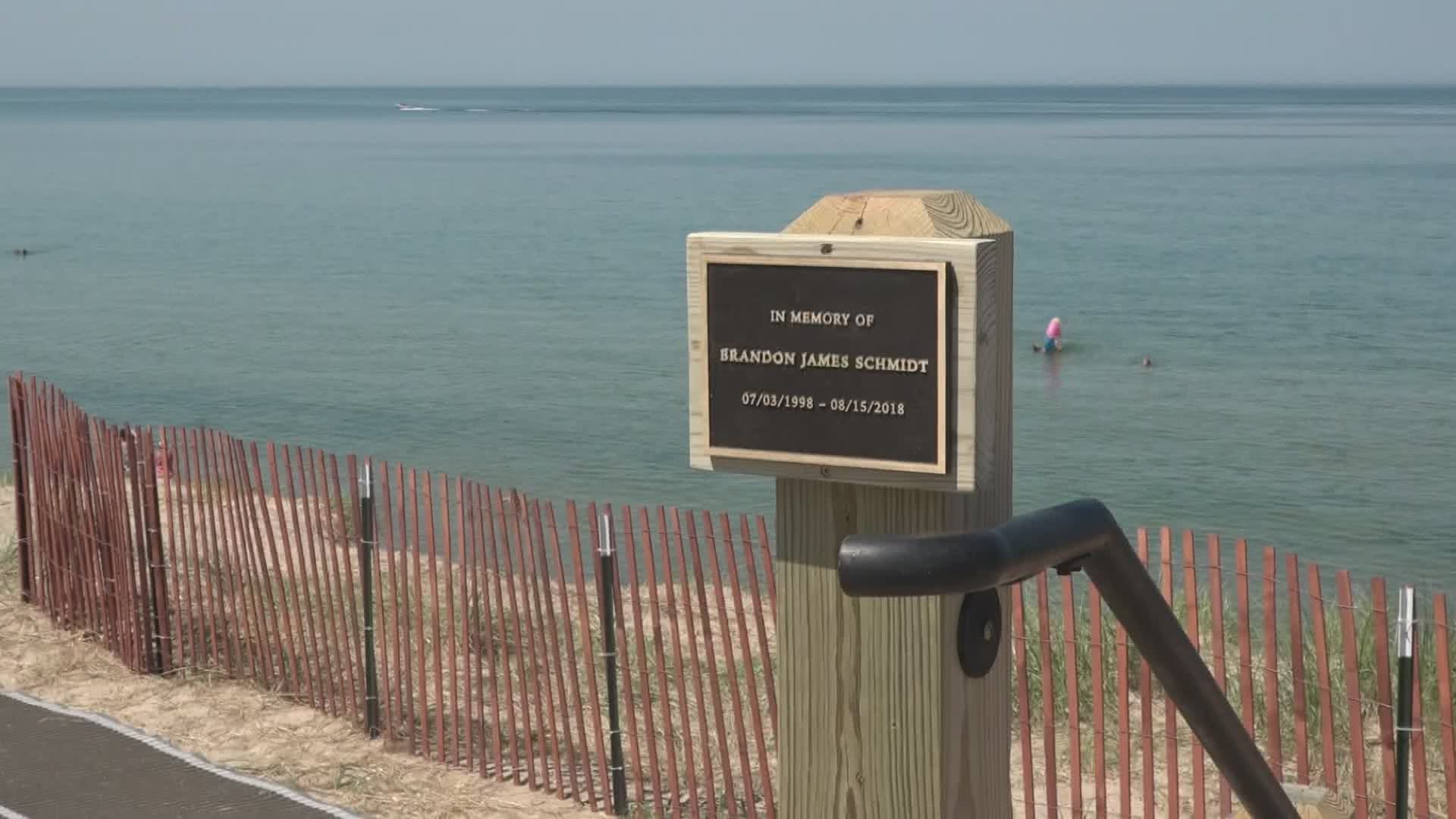 WEST OLIVE, Mich. — A memorial plaque was installed at Windsnest Park in Port Sheldon Township on Thursday, for Brandon Schmidt who drowned there on August 15, 2018. He was 20 years old.

According to a press release, at the time of the drowning incident, the beach access did not have any water safety rescue equipment or posted water safety signage. 13 ON YOUR SIDE reported the accidental drowning in August 2018. Brandon's mother, Brandi Donley says she attended a Post Sheldon Township Board meeting in November 2018 to address the lack of safety measures in Windsnest Park.

“The township has made some change for water safety which we’re very appreciative," says Brandon's father James Schmidt. "Our son passed away here almost two years ago, and they’re installing a plaque in his memory along with those safety changes."

A memorial plaque for Brandon Schmidt was installed along the boardwalk to the beach access at Windsnest Park on Thursday.

Brandon’s father recalled how much Brandon enjoyed swimming and remarked that he was an athletic young man.

“He was out here at the beach with some friends and unfortunately came under the water and he didn’t come up," said James. "After that his mom went before the township board and talked to them and asked them to make some safety changes which they did. Now there are warning signs so people understand the dangers of rip currents."

Signs of warning are now posted inside Windsnest Park alerting beach goers that no lifeguard is on duty. There are also signs warning the dangers of rip current. A rescue flotation device also now hangs along the boardwalk to the beach access, just beneath Brandon Schmidt's memorial plaque.

"It's really great to see that the Port Sheldon beach came through with their promise to install some of their water safety signage as well as some safety equipment," says Great Lakes Surf Rescue Project executive director, Dave Benjamin.

"This year is unusually hazardous because of the coronavirus," says Dave. "People have spent three months in quarantine in lock down, so everyone wants to get out and get back to a normal life. We also have higher water levels and beach erosion so there's going to be smaller beaches and a lot of over crowding when we're supposed to be social distancing."

"On top of that, we need to understand that this isn't like the pool," says Dave. This is sand bottom, there are sand bars, there are changes in water depth along the shoreline, so you might be on the shoreline, and it might be knee deep 20 yards out. But then later on, it could be chest deep. And there's always some type of wind blowing on the Great Lakes."

Brandon Schmidt's family says they hope his beach memorial will serve as a reminder to beach goers that a tragic accident can happen, even to the strongest of swimmers.

“Hopefully through our tragedy, we can prevent another family from suffering the same," says James Schmidt. 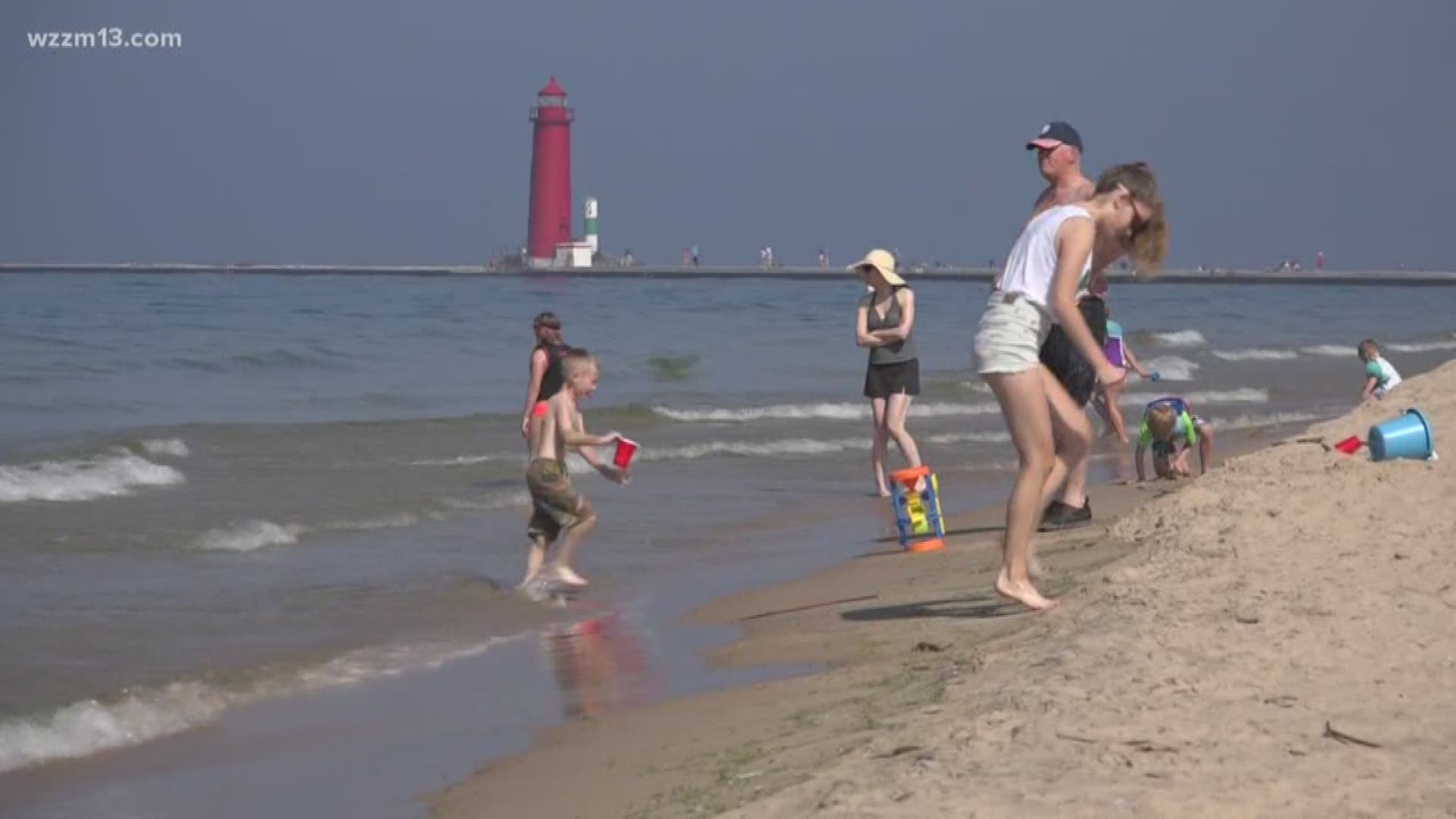