Beachgoers concerned about litter along the shore in Muskegon

It's not unusual for debris and other items to wash up on the shore after a big storm or big waves. 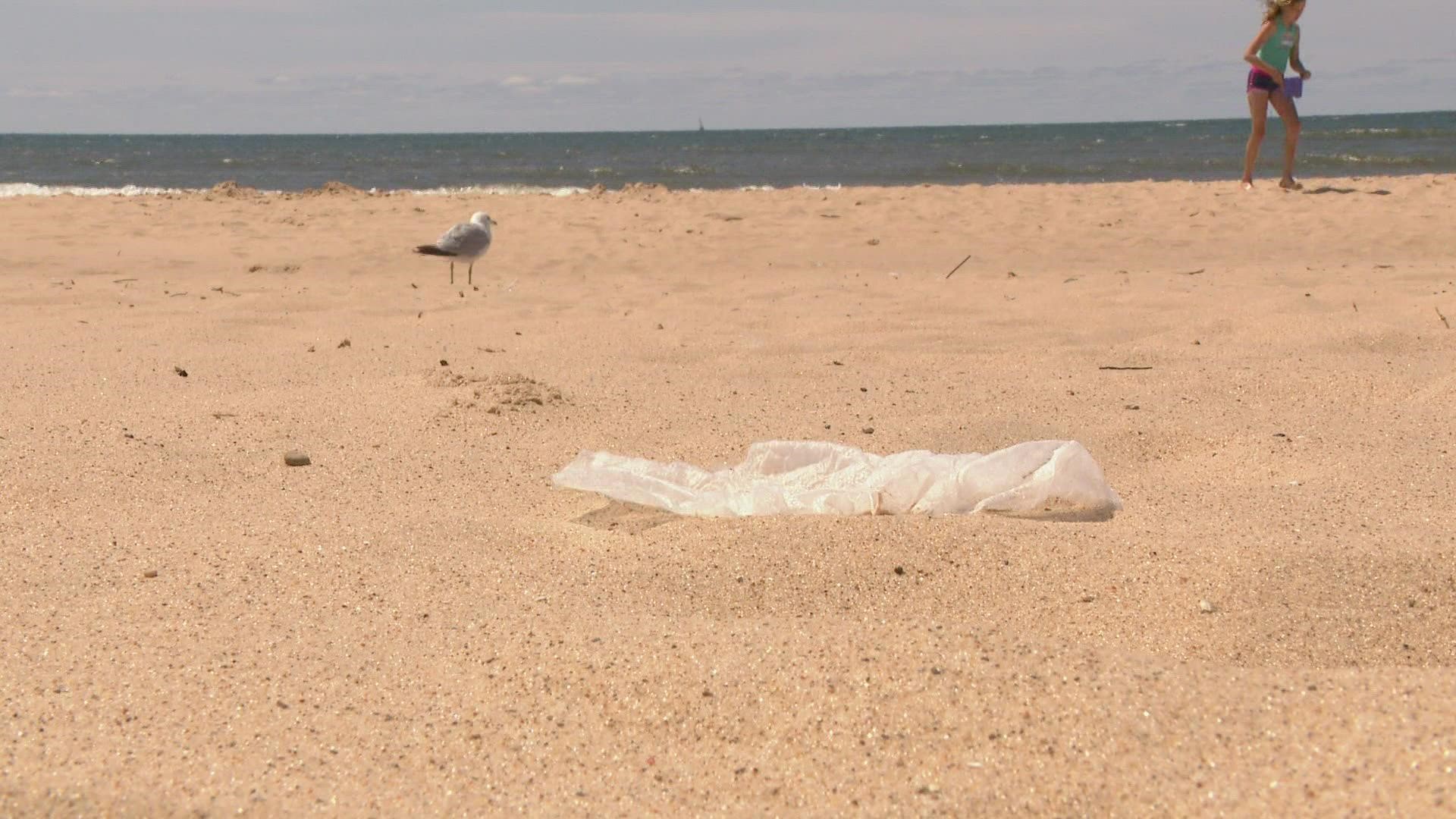 MUSKEGON, Mich.- For many people, the beaches are the best place to be in West Michigan during the summer. But some recent beachgoers at Pere Marquette Beach, say they've found things in the sand that don't belong there, like plastic food containers, dead sea grass and even dead animals.

There was some litter spotted along the beach on Friday, but there's a reason for it this week -- the equipment used to comb through the sands and clean up the shoreline is currently getting repaired.

13 ON YOUR SIDE spoke to Muskegon Park Supervisor Milo Root who says it's typical to see debris washed up on shore, especially after a storm or because of the big waves like we're seeing today. That unfortunately could mean a dead animal.

It was a similar story at Muskegon State Park, where DNR Unit supervisor Greg Sherburn explained that officials comb the beach for litter on the daily, and they use specialized equipment to clean up. But sometimes they decide not to use equipment like tractors or rakers, because it could harm local wildlife.

Overall, officials say with so many people coming to the beaches, they are happy with how clean the sand is kept. They credit beachgoers that throw away their own trash before leaving the beach, as well as community groups that volunteer their time to keep the beaches clean.

To report debris or other litter along the beaches in Muskegon, report it to either the DNR or Muskegon Parks and Recreation.