Canadian Prime Minister Justin Trudeau and President Joe Biden will meet this weekend as part of the G7 Summit, adding fuel to the theory a decision could come soon. 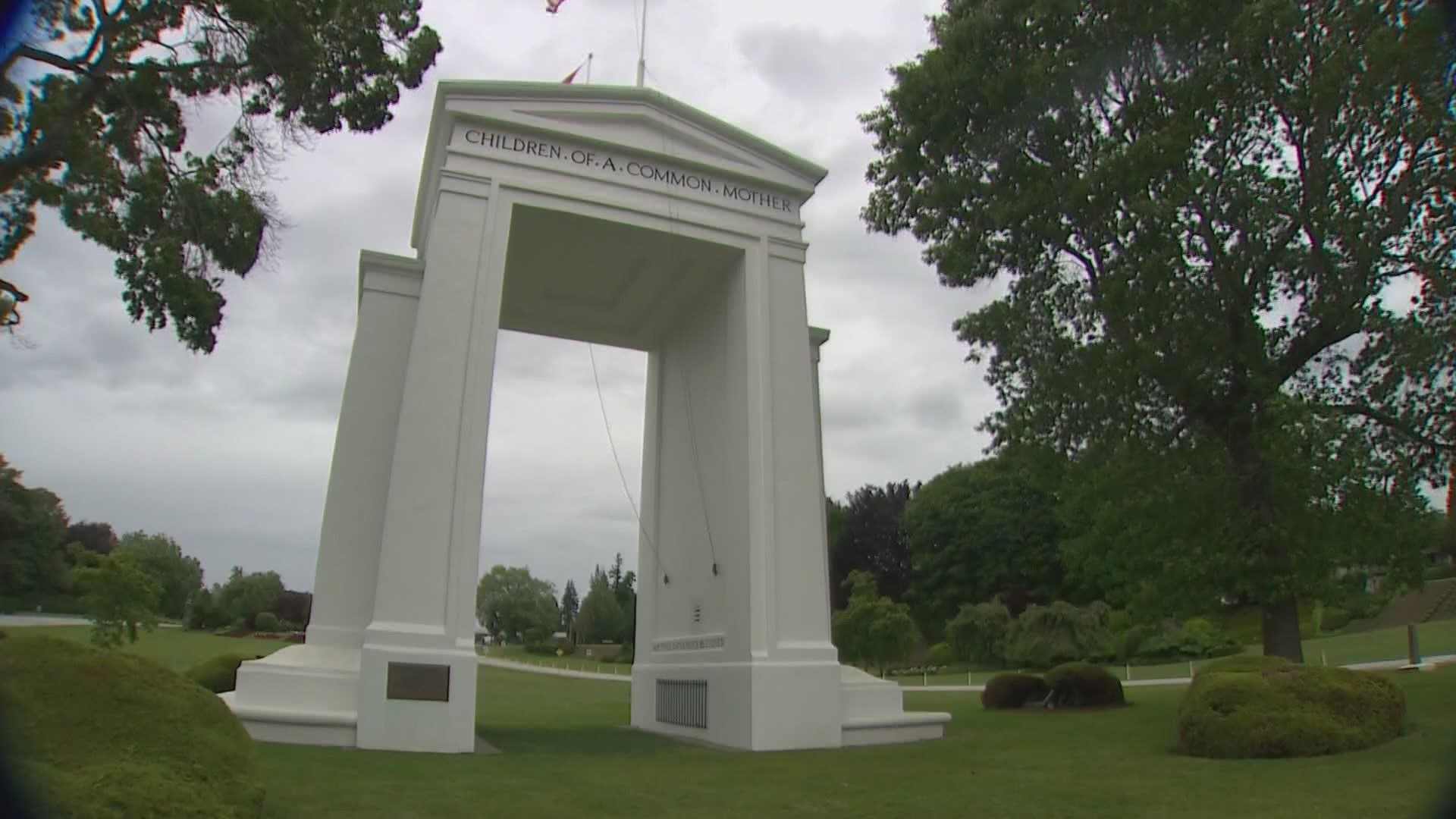 BLAINE, Wash. — The city of Blaine in Whatcom County is bracing for the U.S.-Canada border to reopen, a potential announcement that is 15 months in the making.

"It's been tough economically because we're a small place," said Blaine's Deputy Mayor Mary Lou Steward, as she stood looking out at Boundary Bay Friday, knowing that her grown children are on the other side of the 49th parallel.

"I could almost wave at them, but I can't see them," she said while talking about the impact of the past 15 months.

The U.S. and Canada have had a joint agreement to close the border to non-essential travel, since March of 2020, to help limit the spread of COVID-19.

For a town like Blaine, which relies so heavily on traffic and sales tax revenues from the Canadians who ship packages to postal businesses, the the closure has been crippling.

U.S. Department of Transportation data shows the drop off. According to the data, more than 7.7 million people traveled through the Blaine crossings in personal vehicles in 2019, compared to just under 57,000 this year.

"We worked with the city and got this outdoor dining setup," said Mark Seymour of the Drayton Harbor Oyster Company, as he pointed to the massive tent now in a city park. "[The potential reopening] has our wheels spinning right now, on how we deal with that influx of population coming back to Blaine."

The optimism is on both sides of the border, with COVID-19 vaccinations rates increasing in the U.S. and Canada, with the northern neighbors playing catchup.

Earlier this week, Windsor Ontario's mayor said he would be "shocked" if the border didn't reopen by June 22. Western Washington University's Director of the Border Policy Research Institute Dr. Laurie Trautman also said she believes there will be some sort of relaxing of the rules soon.

Canadian Prime Minister Justin Trudeau and President Joe Biden are meeting this weekend, as part of the G7 Summit, adding fuel to the theory that an announcement could come soon, well in advance of the current agreement which expires on June 21.

"I have a feeling it's going to be more nuanced than the border is open," said Steward, who believes there will be requirements for vaccinations or family ties for instance.

Seymour said he'll watch the news this weekend perhaps, instead of basketball, and is excited for the first time in several months.

"It's a good problem to have but it's a tough problem to solve,"  he said.