Sheriff Chris White said the train was carrying coal and gasoline in its front compartments, which resulted in the huge explosion. 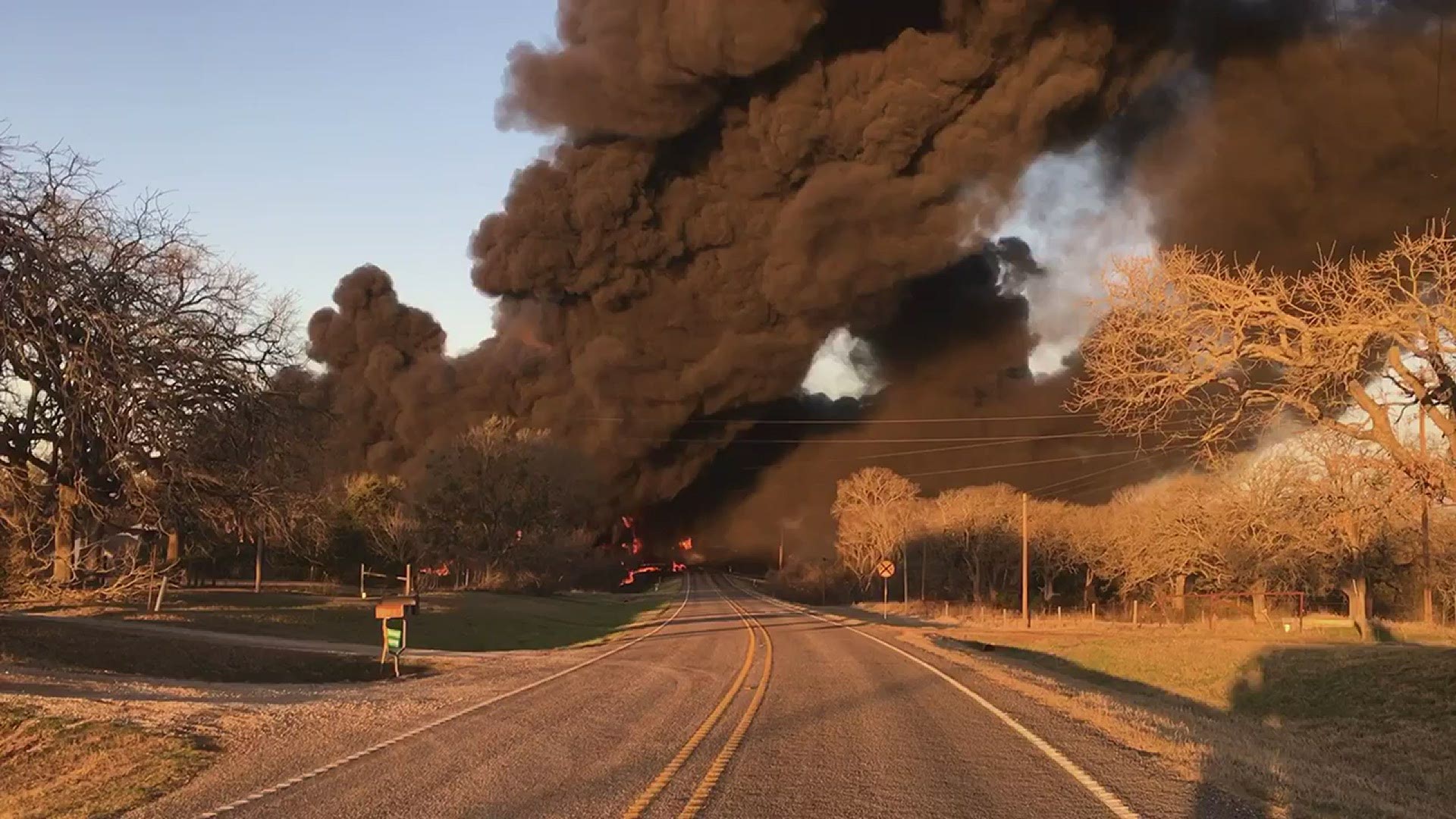 MILAM COUNTY, Texas — At least one barn burned down after an explosion was caused by a train colliding into an 18-wheeler in Cameron, Texas early Tuesday morning, according to Fire Chief Henry Horelica with the Cameron Fire Department.

There were no injuries and nearby homes only suffered heat damage, Horelica added during a 1 p.m. news conference.

The Belton Highway Patrol said the truck driver was traveling westbound approaching the railroad crossing, but "for some reason" didn't realize the crossing arms were down, despite another vehicle waiting at the crossing ahead of him.

The truck driver managed to avoid colliding with the vehicle, but then a BSNF train then collided into the truck, causing a huge explosion, authorities said.

The train was carrying coal and gasoline in its front compartments, which resulted in the huge explosion, White added. "Luckily" the hazardous material was a little further back, he said.

"By the grace of God, we were saved by that one," White said.

White said there is no threat, including airborne threats, to the community at this time.

Horelica said that, shortly after the explosion, they evacuated nearby homes near the sides of the tracks as a precaution. After people were "out of harms way," Horelica said they went back into the area and evacuated dogs, too.

Multiple fire departments are now working to contain the fire prior to putting it out, which is expected later Tuesday, Horelica said.

The Temple Fire Department crews also sent their heavy hazmat crews to help with the scene. White added that there were crews also coming from Houston and Dallas.

The sheriff also asks residents to stay clear from the roads near the scene because it remains an active situation.

Stay with 6 News as this story develops.

Watch the 1 p.m. news conference update with the sheriff, local authorities below: