'Breaking barriers': Zeeland student is only female in male-dominated program but that's not her focus

"I don't really think anything different of me being a girl in the autobody industry," she said. "I think females in any male-dominated industry should be normal." 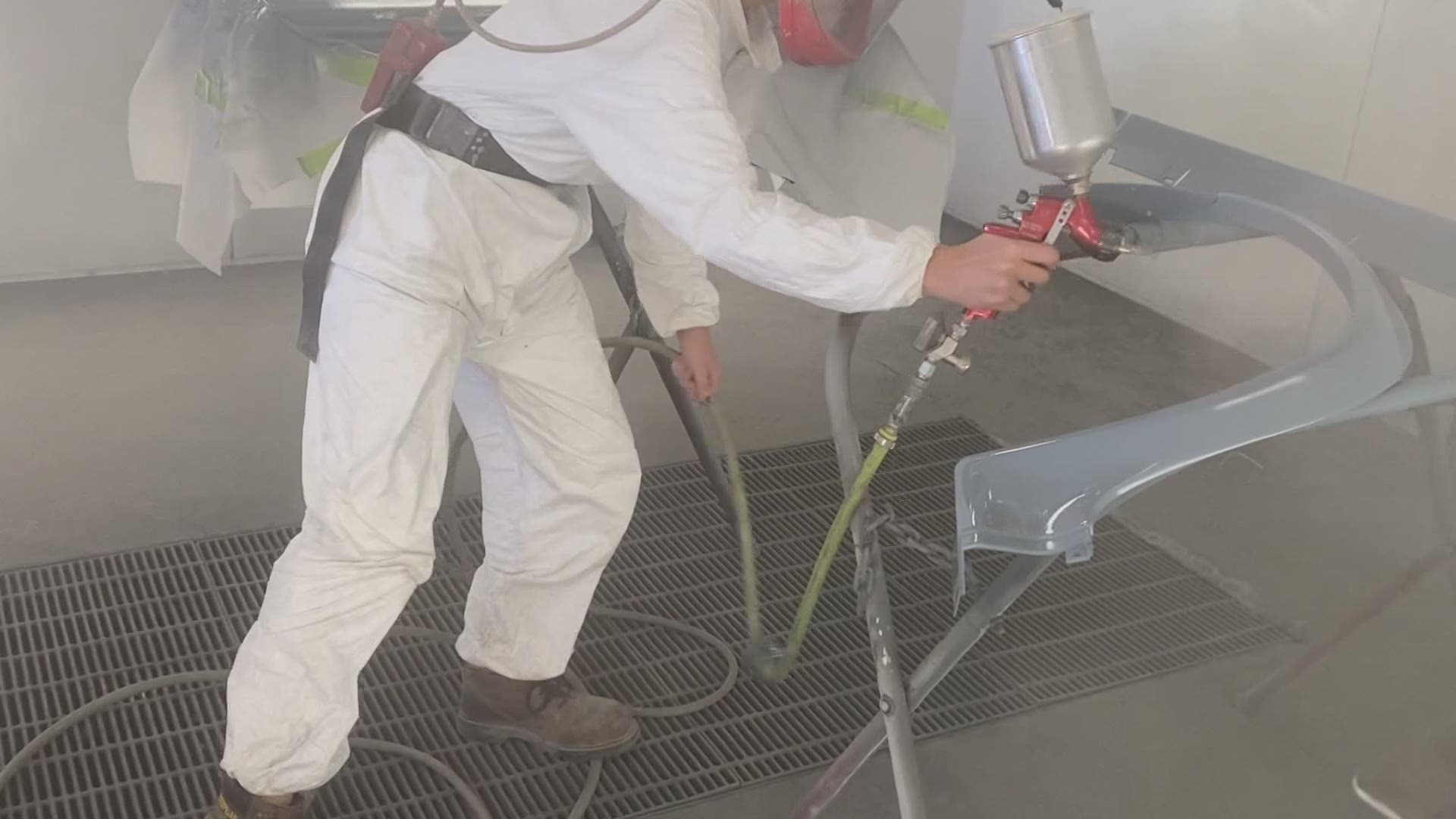 HOLLAND, Mich. — The auto body industry and working with cars has traditionally been seen as a male-dominated trade. But for one Ottawa County teen, she's breaking barriers not only as the lone female in her tech center repair class, but also as one of the standout students in the program.

Eva Mokma is a senior at Zeeland High School, and this year, she's made a real impact in school and in her community.

Mokma is the only female in her auto body repair program at Careerline Tech Center. And in less than a year, she's also one of their most accomplished students.

And it went far -- fast -- but Mokma said she was rarely intimidated.

"It was a little scary when I started," she said. "There were like 20 guys in our class and I didn't know any of them."

But Eva was focused.

"You just put your head down and work. You're not there for too much more than working," she said.

And working hard is something her auto body repair teacher, Rob Corrigan, said Eva does best, no matter what.

"I think there's a perception that this is a male trade," Corrigan said. "That cars are associated with guys."

"The great thing about Eva is that she's never been afraid to try new things," Corrigan added. "And she's always asking the right questions."

But for Mokma, she's never seen it as an accomplishment just to be a girl working on cars.

"I don't really think anything different of me being a girl in the autobody industry," she said. "I think females in any male-dominated industry should be normal."

"It should be something that you see everyday, and really something we see all the time," she added.

Dave Searles is the Director of Careeline Tech Center. He said he's impressed with Mokma for several reasons.

"I think she got a lot of attention because she's a female in a traditionally male-dominated occupation," Searles said. "But the reality is that she's just really good at her craft."

"So not only is she a female in a male-dominated industry, the more important thing is that she's really talented," Searles added.

Eva was one of only three students in her class to earn an excellence award for academics and performance in her trade, plus she's already landed a full-time job right after graduation at Barber Ford.

"My students earn by their grade, how they're here everyday and how they treat others," said Corrigan, "and Eva has all of it."

Corrigan added that Eva is also a great representation of the tech center and what they can offer students.

"It's a great option if you're not looking for a college option," said Mokma. "It's a lot easier to get into a trade and get immersed into it."

"A tech school education doesn't mean college or no college," he said. "It's just a non-traditional pathway to education."

Eva's mentors say she is what their school is all about, and she's made herself a success by working hard and never putting barriers on herself.

"I just wanted to try it," Eva said. "I just really wanted to see what it was all about, and learn how to use some tools and how to do some new stuff."

"I have a daughter," said Corrigan. "And I hope that she has the same opportunities and just dives right in and is not afraid just like Eva." 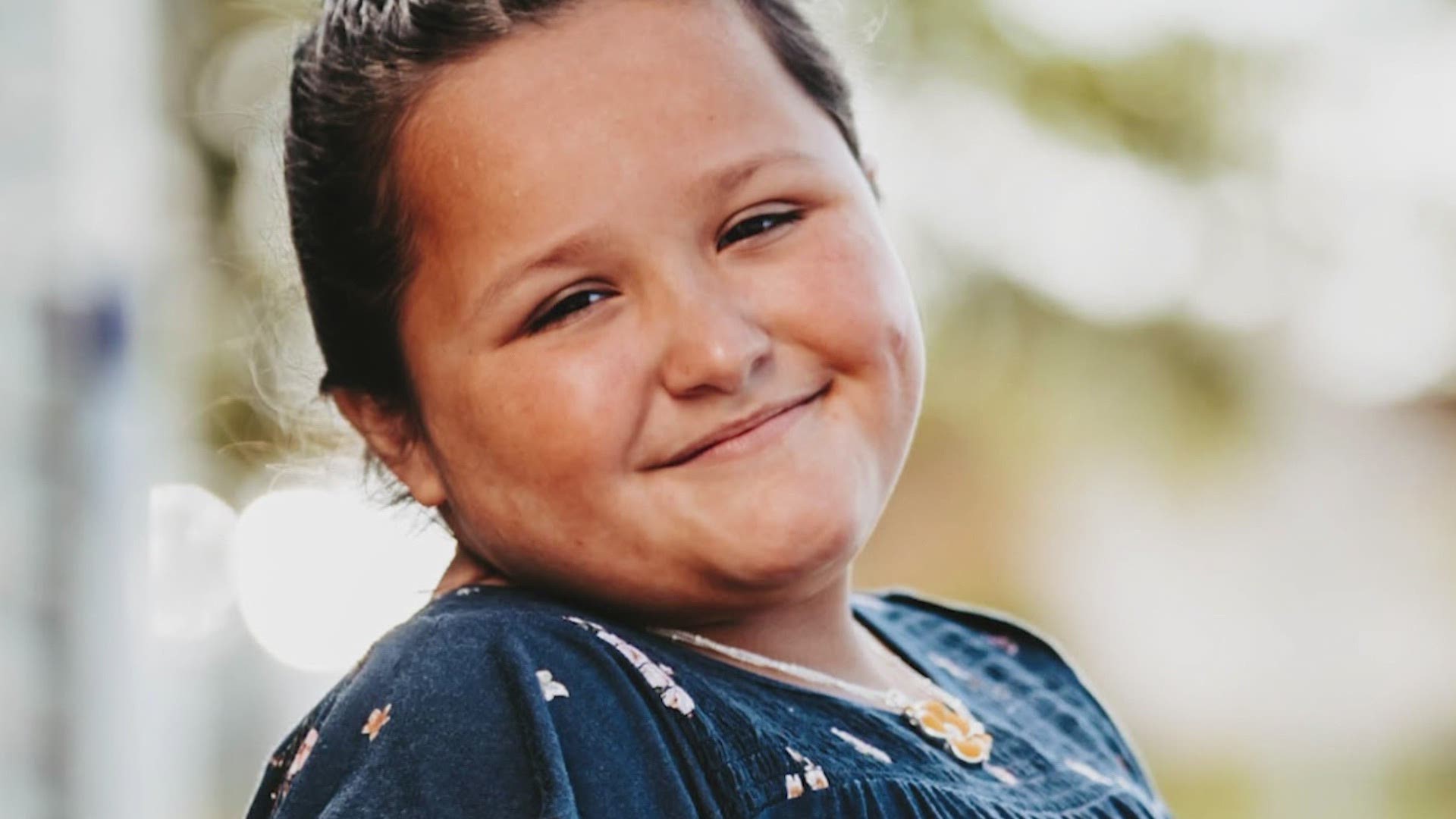