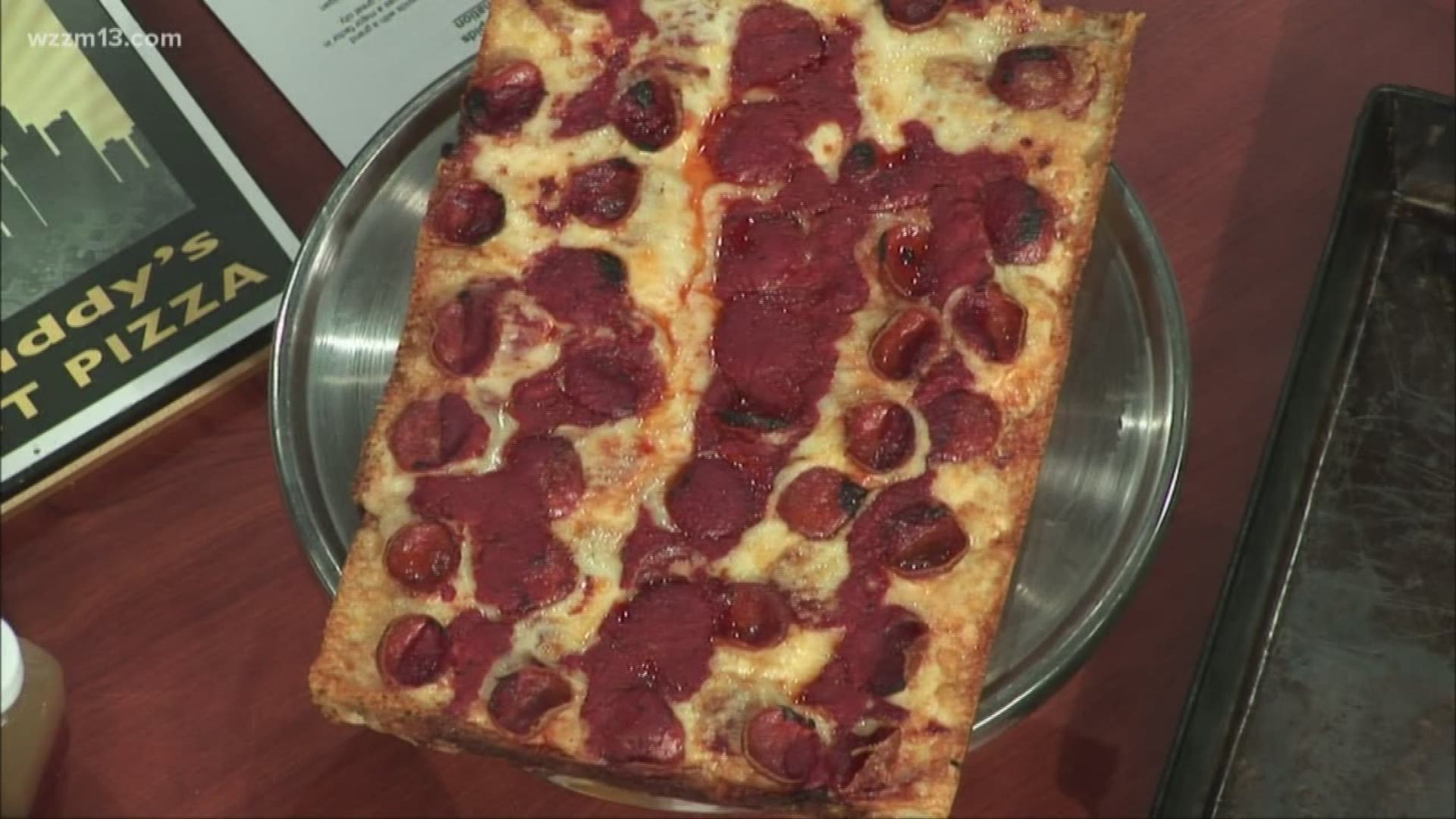 Buddy’s Pizza, home of the Original Detroit-Style Pizza, opens its doors Tuesday at its new location in the Grand Rapids area.

The newest location, at 4061 28th St. SE in Kentwood, is the first Buddy's location outside of Southeast Michigan.

The grand opening of the restaurant is set for 2:30 p.m. on Tuesday, April 16. To celebrate, Buddy’s Pizza will donate $1 from every eight-square pizza to the Grand Rapids Children’s Museum, during the opening week.

Also, the first 100 people in line will get free pizza for a year!

Buddy’s Pizza became the birthplace of the Original Detroit-Style Pizza, back in 1946. For more than seven decades, the restaurant has been feeding patrons and has earned top honors, including being named "One of the Top 5 Pizzeries" by The Food Network.

Get a sneak peek inside Buddy's Pizza