Many bus routes are being picked up by dispatchers and managers, due to the lack of available bus drivers. 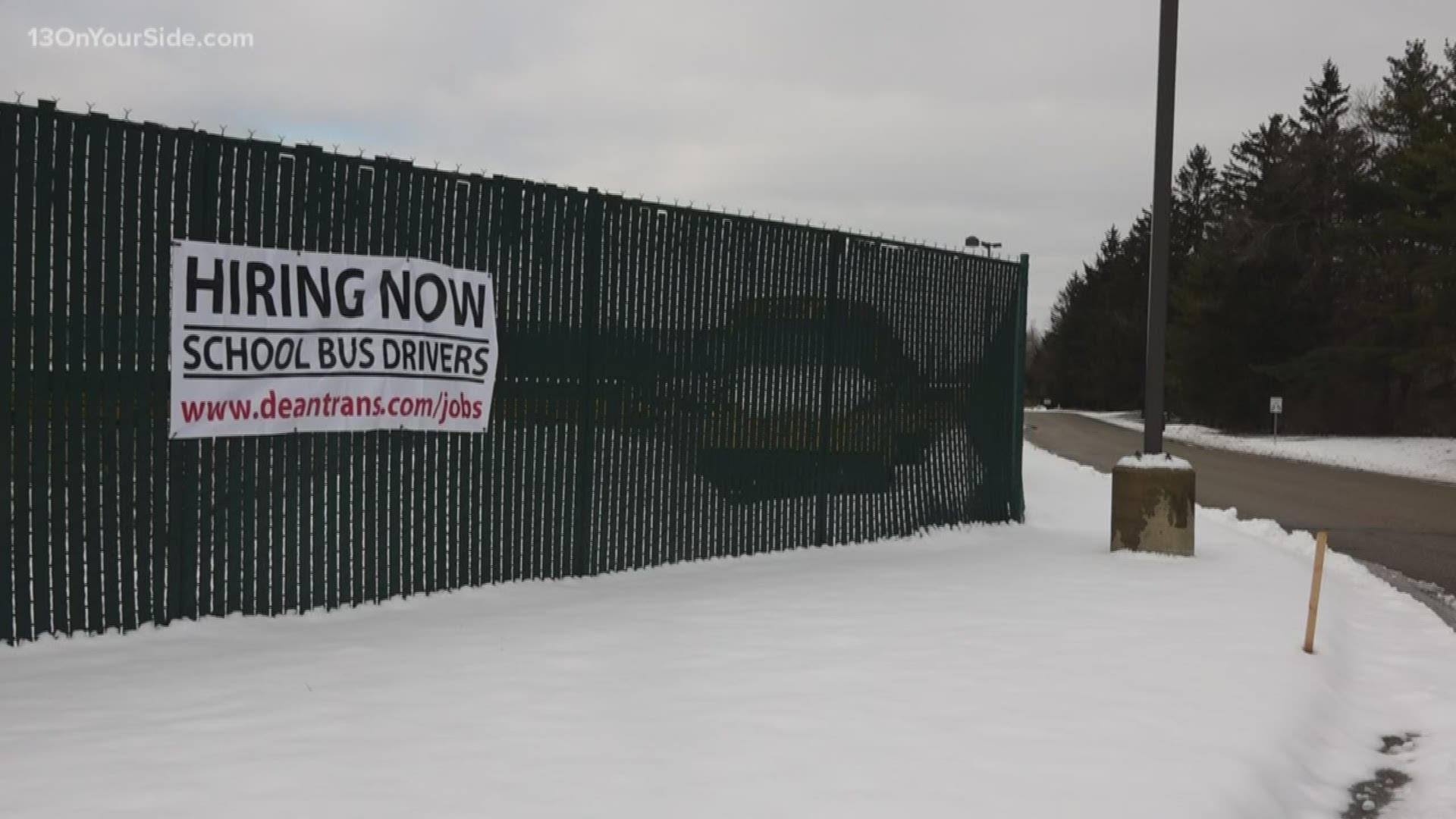 Last week, some Northview Public School students were dropped off about a half hour late. The district says the delay was caused by an ongoing issue: a lack of bus drivers.

The district's deputy superintendent Liz Cotter said delays have only happened a couple times this year, but most days managers and other employees are tasked with driving buses just to complete routes.

"Our transportation director will often drive a bus. It’s not a ideal. We hired him to manage, but there is often times where he has to drive the bus," Cotter said by phone Monday.

Northview is not alone in its struggle. A shortage of bus drivers has been plaguing districts across the country for several years now.

"If we got 50 to 60 more drivers that would be wonderful," said Kevin Harkness, who works as the Kent County regional manager for Dean Transportation.

Dean Transportation has more than 40 operations throughout the state and many of them do not have enough drivers each day.

Harkness said at least a couple of times a week office staffers will be assigned routes.

"The routes get covered. But, it then makes it difficult for our office staff to come back in and do the particular jobs that they are hired to do," Harkness said.

Of the roughly 25 office employees at Dean Transportation's Kent County office, Harkness said as many as 20 of them can end up on a bus while the remaining few answer dispatch calls and help with route planning.

"We do what we need to do," Harkness said.

The shortage cannot be attributed to any one factor. Harkness and Cotter both suspect the low unemployment rate is playing a role. They are also competing with not only each other, but truck driving companies, as well.

“It takes someone willing to accept that unique schedule,” Cotter said. “It’s a hard job. You have to have the right kind of person."

Most drivers are hired on as permanent part-time employees who drive in the morning and again in the afternoon. Harkness said the job is much less hectic then the general perception of it.

"It's a good profession. You get to know a lot of these kids and build relationships with them," Harkness said.

Dean Transportation's Holland office had a period of over three months where it did not receive a single application for bus drivers or attendants.

"If we had the ideal person, it's someone who has already worked a career and retired or a stay at home mom looking for an extra income," Harkness said. "I mean, we are looking for anyone who is qualified, don't get me wrong."

RELATED: Rockford bus driver chosen as Professional of the Year

The standards a bus driver must meet are also high and have continued to intensify over the last few years.

People applying for a bus driving position are also required to pass a background check, drug and alcohol screening and a physical.

"You're weeding out a lot of people," Soulé said.

The recruitment process has also become more intense than ever. Harkness said they are hosting weekly job fairs and contacting parents everyday.

"We have folks in our office who simply pick up the phone and call our parents on a daily basis and say 'Hey, are you interested in working for us?'" Harkness said.

At Northview, Cotter said they offered a $1,000 bonus to any staff member who could successfully recruit a qualified bus driver, but even that tactic was not successful.

Both Northview and Dean Transportation offer paid commercial driver's license (CDL) training and the starting pay for most drivers is $17 an hour.

The competition is fierce, though, and most districts and companies currently hiring bus drivers are going out of their way to bring in new hires.

"You're looking at this shortage where a local school district might need four drivers and we need five drivers and there's only two available," Harkness said.  "So now, you're competing for those two drivers. You're doing what it takes to get them." 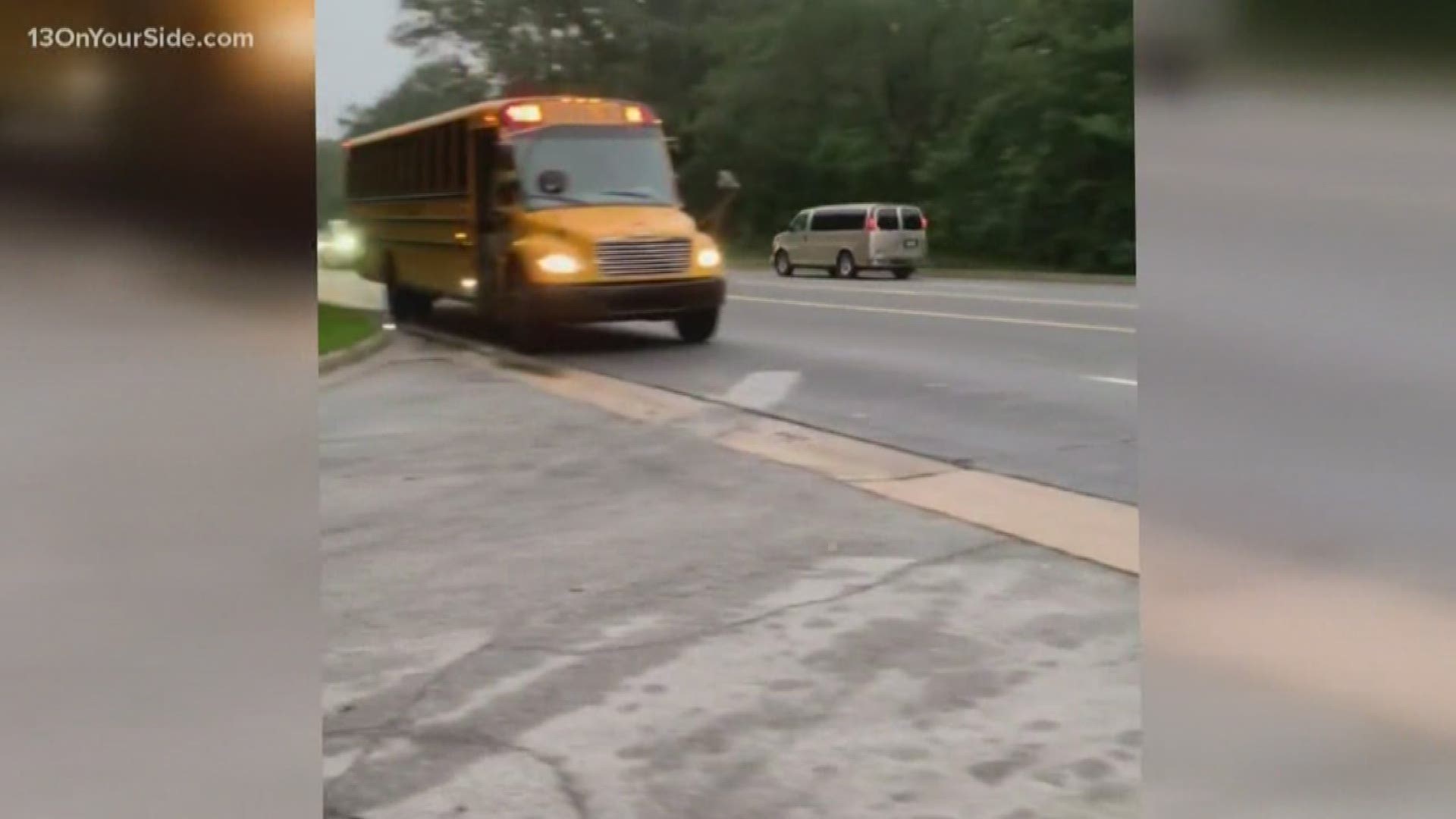