Throughout the parade, participants will honk horns and say Taylor’s name.

Credit: WZZM
"It means they care enough. You have to take time. You have to come up with these sayings," said Erica Eaves about signs she was pointing out in the crowd and taking pictures of.
Author: Amy McNeel
Published: 9:59 AM EDT July 12, 2020

GRAND RAPIDS, Mich. — A car and bike parade in memory of Breonna Taylor is scheduled for Sunday afternoon in Grand Rapids, the city where Taylor was born and raised.

The event will start at Mackay-Jaycees Park at 3:30 p.m., and then cars and bikes will leave at 4:30 p.m. to parade through the city. Eventually, the parade will lead back to the park.

Throughout the parade, participants will honk horns and say Taylor’s name.

According to the event flyer, the end of the parade will be met with food, activities for kids and a water fight.

The event is in line with protests and rallies against police brutality and racism that have been held across the country in recent months.

Specifically, this event is in memory of Breonna Taylor, a 26-year-old Black woman who was fatally shot by Louisville police officers in March 2020. The officers executed a no-knock search warrant and shot Taylor while she was in bed. 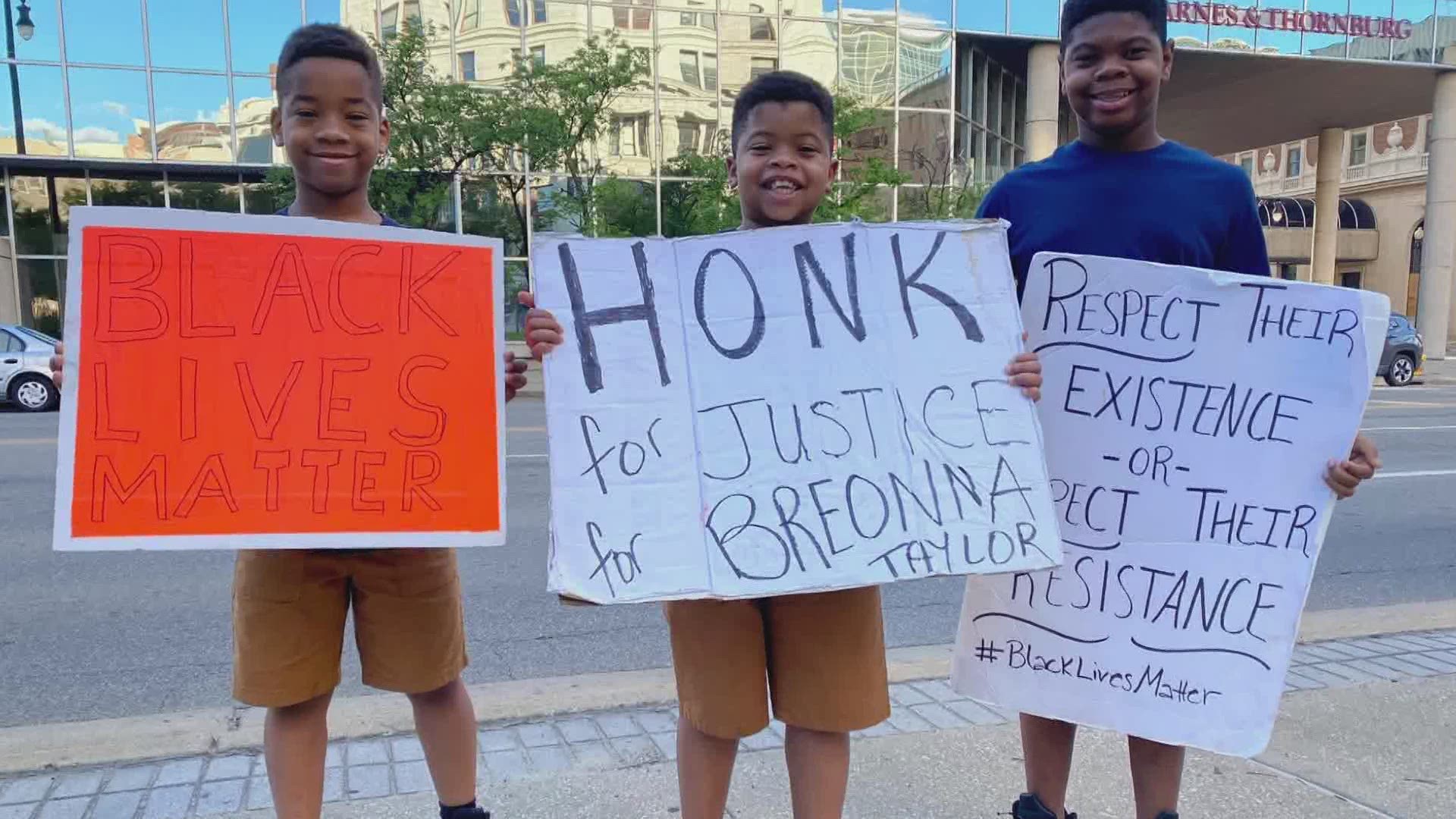