India is now safe at an animal sanctuary in North Texas, but Baskin said those responsible need to be held accountable. 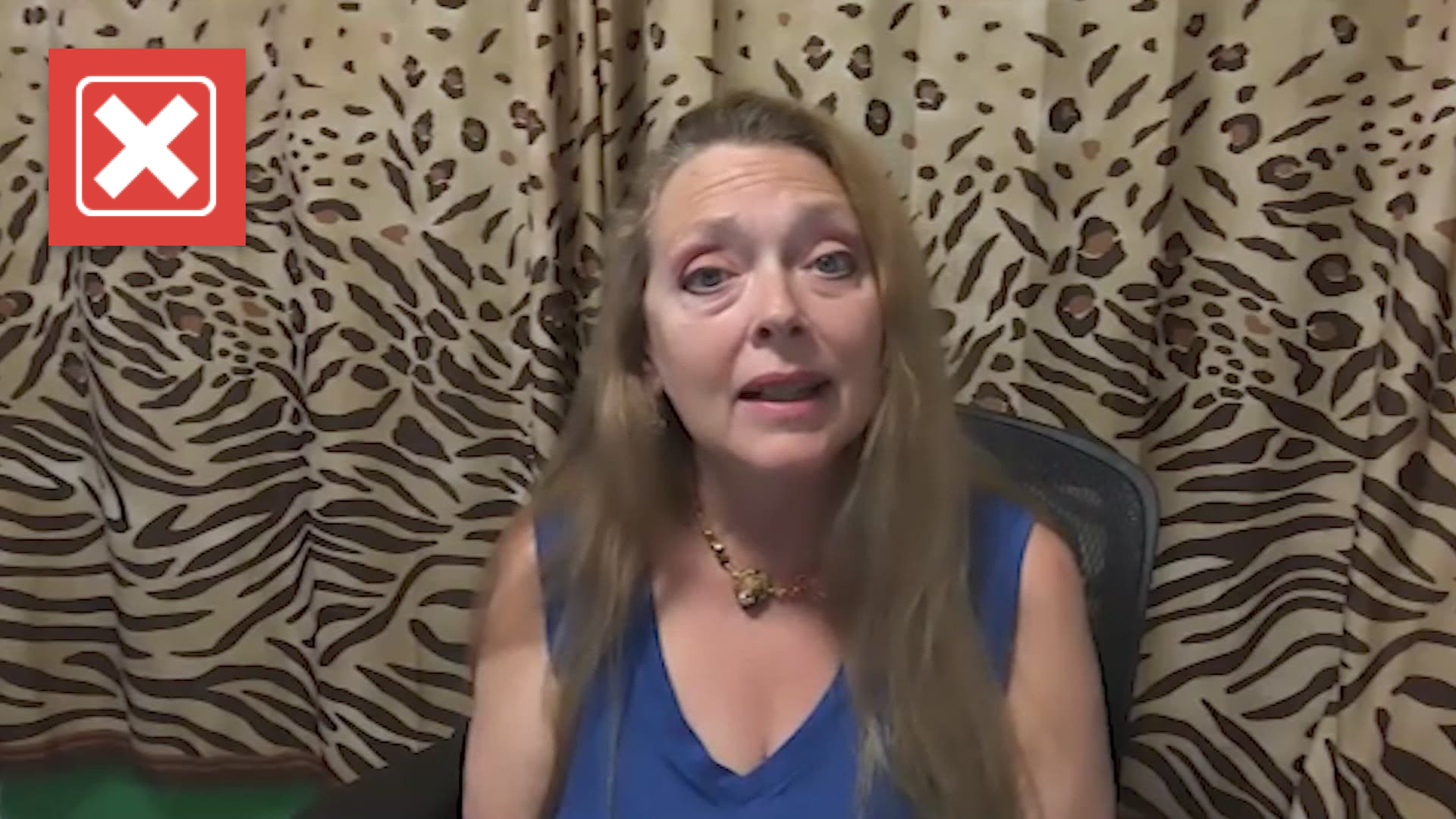 HOUSTON — "Tiger King" star and big cat expert Carole Baskin says she's relieved India is safe and sound, but there are still major questions she said the public deserves to have answered.

A week since a tiger was first spotted roaming a west Houston neighborhood, India now has a new home. He arrived at Black Beauty Ranch on Sunday.

"This cat has been kept inside on a hard surface, never had the opportunity to be a cat and connect with the Earth," Baskin said. "That's what that's cat's life will be like at the Black Beauty Ranch. He'll have every opportunity in the world to be as wild as he wants to be."

It'll be a huge difference compared to what India's experienced the first nine months of his life.

"It's a very happy ending for India," Baskin said.

But Baskin said this should not be the end of the story. So far, the tiger's alleged owner Victor Cuevas remains in jail on a murder charge, but no one's facing any charges related to the tiger. That includes Cuevas' wife seen in the HPD video Saturday night. Baskin says someone needs to be held accountable.

"This was a very dangerous thing this man did to this cat and to everyone who surrounded them," Baskin said. "To hear they were passing this cat from house to house, endangering all these people that never even knew all this was going on next door to them."

Baskin tells KHOU 11 News her $5,000 reward still on the table for specific information that helps law enforcement convict those responsible.

"People need to know how this sort of thing happens if they're going to live next door to these big cats," Baskin said. "Anyone could imagine if they were that next-door neighbor outside, pulling weeds and a tiger came up on them. That's a scary thing."

India will be quarantined away from other animals for the next month but should have a whole half-acre to himself in just a few days.